We don’t care what we did last summer 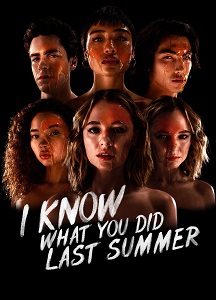 I KNOW WHAT YOU DID LAST SUMMER

Laughter Lines: “What’s with all the screams, Neve Campbell?”

A proposed second adaptation of I Know What You Did Last Summer helmed by Mike Flanagan (of Hush, Oculus, and The Haunting of Hill House notoriety) were floating around for a few years, a script was ready to go, reportedly going at Lois Duncan’s novel from a more traditional perspective. Whatever happened to that, it never seemed to advance and the idea of a teen TV series floated to the top, produced again by Neil H. Moritz.

As with all of these things, Pretty Little Liars always seems to get namechecked as a source of inspiration. I never watched past the first episode of that show so have little context, but those I know who did stick with it groaned that it outstayed its welcome by repeatedly tacking on extra layers to the mystery. Scream – The TV Series was just about okay (and also featured Brianne Tju), but the idea behind I Know… seems more suited to a multi-episode arc than most other slasher ventures.

Come Autumn 2021, Amazon Prime released an episode a week to a rather dismal reaction from most corners. Two-and-a-half from me? You don’t get more average than that. Let’s dive in… Spoilers in the road ahead – careful you don’t run them down.

Episode 1 introduces us to Hawaii and our core teen cast, who are celebrating graduating high school at a lavish party thrown by rich girl Margot’s mother. In attendance is her gay best friend Johnny, intense intellectual type Dylan, drug dealin’ Riley, good time girl Lennon and, lurking, Lennon’s shy identical twin sister Alison. It’s quickly established that the sisters are Yin & Yang, with Lennon popular, liberal with drugs and sexual fluidity. When she screws Alison’s long term crush Dylan, they argue and she storms out. Wait… who storms out?

Clambering into a jeep wasted, the five teens rocket down the freeway and run over Alison, who’s inexplicably in the middle of the road at night. Panicking as Julie, Ray, Helen, and Barry once did, they elect to place the body in a cave that floods to wash it out into the Pacific and tell everybody Alison ran away. The cave was also the scene of a mass cult suicide some years earlier that may or may not have been what killed the twins’ mom. Their grumpy dad, Bruce, isn’t particularly forthcoming, but you know we’ll find out eventually… 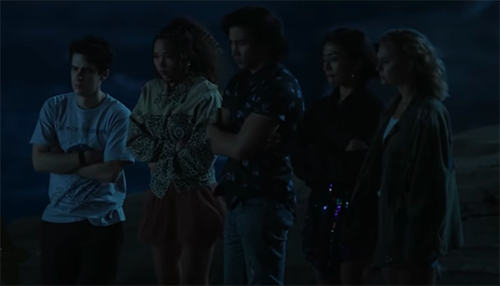 One year later, Lennon returns from her first year of college and finds a severed goats head in her closet and ‘I know what you did last summer’ scrawled on the mirror. DUH DUH DUUUUHHHH. And at the end of episode 1, the entirely unsurprising revelation that this is in fact Alison is tossed to us like crumbs. Some blah over a piece of jewellery, taking her sister’s jacket and her nasty words to heart, Alison decided to pretend to try on fun loving, popular Lennon for size.

While Alison continues to pretend she’s Lennon, we learn that her father is in on the secret, something around it being more believable troubled Alison would disappear. She reconnects with her friends and shares the threat. Suspects are quickly slotted in: Riley’s attitude-tastic mom, Courtney, local weirdo Clara, who saw the teens that night, the Sheriff who is screwing Bruce, and dorky deputy Doug, whose investigative skills might jeopardise the killer’s scheme. Dylan, too, has gone understandably weird. 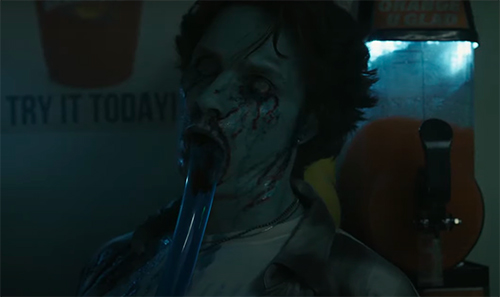 The group begin to receive texts ‘from Alison’ and eventually at the end of the second episode, the killing begins. There’s no fisherman, no cool mask, and in visual scope terms, no killer – they’re completely off-camera, which will clue in seasoned viewers to narrowing their suspect field down a bit.

A few days later, Lennon’s body appears in the ocean in front of the family guesthouse. Considering she’s been dead a year, the corpse is remarkably well preserved, leading Bruce to confront weird Clara, who admits she kept it with her all this time and was treating it for transition into the next life (this part-explains the honey on the poster). 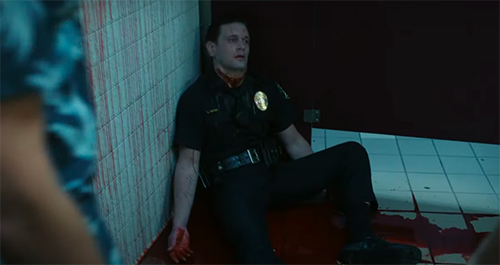 More murders occur, including a grisly double at the memorial service for ‘Alison’, death-by-slushie machine, one poor sod killed on the toilet… All the while, the remaining members of the group can’t get their shit together to investigate cohesively. Questionably, they continue to laugh about stuff, do drugs, hook up, play pranks while snooping around a suspect’s house. Your friend is dead. People wish you dead. What are you doing?

Crucially, the major black mark against this iteration of the story is that the characters are assholes. Every last one of them. Had there been a decent, believable reason for Alison to become Lennon, it might wash, but she literally just alters her attitude to become bitchy and mean, leading on various suitors and seemingly unfazed by the growing body count. Whereas the 1997 film focused on the damage done to the characters’ lives by their secret, these kids seem to give no fucks whatsoever, extracting any sense of morality or accountability. 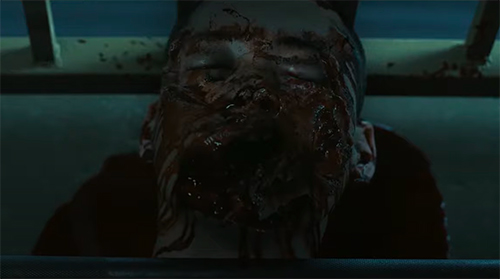 Some bloody crime scenes are interesting, but the murder set pieces are minimally allotted any time or tension – no chase scenes are possible given the lengths the camera goes to to keep the killer out of the frame, leaving this a stalk n’ slasher without much stalk and a base level of minimal slash.

Ultimately, the killer’s identity isn’t totally predictable, thanks to some misdirection earlier, but the motive is fuzzy and shallow to the point there’s a tacked on piece to camera by the character at the end revealing how they did it. Stranger still is the coda shared by the surviving characters, a sort of cynical “happily ever after” that flies directly in the face of the motive Alison was on the receiving end of one scene prior!?