By Hook, By Crook & By the Book 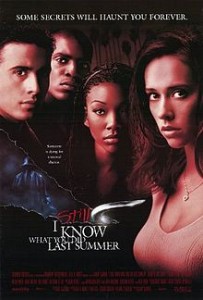 I STILL KNOW WHAT YOU DID LAST SUMMER

“Some secrets will haunt you forever.”

If I Still Know What You Did Last Summer were not so ridiculously bad, it’d be two-star city for the most ridiculously named sequel going. Even after it grossed about half the original’s box office, someone involved with the production (possibly Producer Neil H. Moritz) admitted that the wrong script was chosen.

I Still Know is a collage of Slasher 101 cliches, godawful dialogue and performances most of the cast members would likely wish to forget, most of them phoning in hammy recitals as everything unfolds in the most predictable of manners. Nevertheless, upmarket production values and some saving graces still make it better than most of the contemporary Scream pretenders that surfaced around the same time (The Clown at Midnight comes to mind). 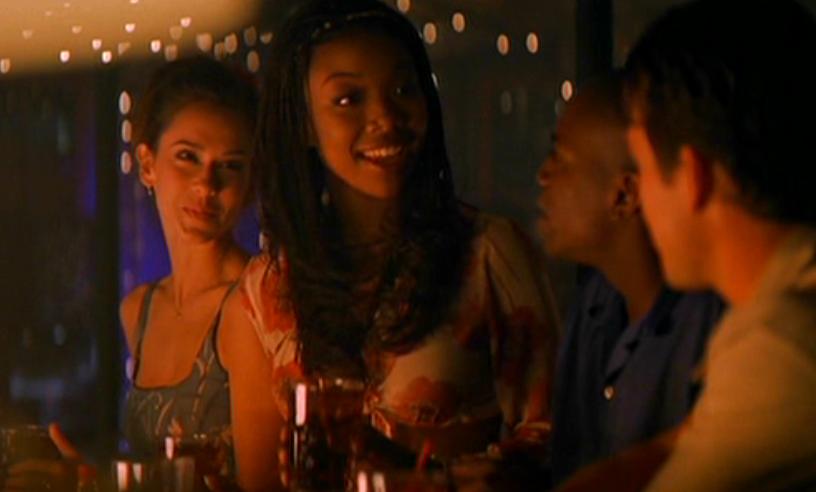 Another year has passed and Julie James (Hewitt) is back in college, struggling with nightmares that eeeevil fisherman Ben Willis is coming back for her after she escaped the slashings of his oversized, rather phallic hook on July 4th, last summer. Phallic, you ask? Look at the artwork; pointy hook slashing towards Hewitt’s much-contemplated cleavage. Anyway, her boyfriend Ray (Prinze) is acting a bit arsey and her roommate Karla is pushing her towards the affections of dorky friend Will.

When Karla wins a radio contest that rewards her with four tickets to the Bahamas, Ray continues his arsey behaviour, neither confirming nor declining the free trip but telling Julie to go if he doesn’t make it. This is an especially fortuitous outcome for The Fisherman, who has gained psychic powers in his gap year and can tell exactly what highway Ray (plus an unlucky buddy) will drive along so that he can set up a faux road accident. He also knows exactly where the truck will stop. Ray escapes the hook but is too late to stop Julie going off to the Bahamas.

At the Tower Bay resort, holiday season is over and storm season is in, meaning only the “lucky” competition winners are there along with a skeleton staff, who will naturally be laid to waste to hike the bodycount as far as it can go. However, before people start dropping like flies, Julie becomes aware that all is not what it seems. The others blame it on her paranoia, but then, how do you hack into karaoke machine lyrics and change them to a sinister message…? 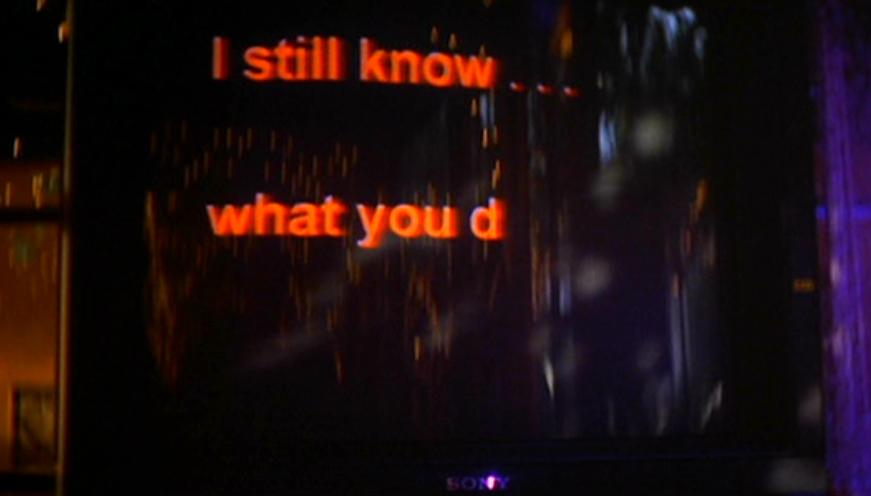 Sing it girl! Whether or not this was intended to be a hallucination of Julie’s is not clear but miraculously none of the other four people present notice the sudden change from I Will Survive’s chorus to “I still know what you did last summer…” A short time later, Julie finds a body in the closet, which is magically gone when she raises the alarm. Everyone ignores her again and even she gets talked into writing it off and going for a tanning session!

Eventually, the others are convinced when bodies begin falling out of washing machines and stuff and the chase is on. I Still Know kicks into gear at this juncture with a very nicely done chase as The Fisherman accosts three women through the attic of the hotel, cornering them at various times until they escape at the last second. Yes, it’s a complete retread of Sarah Michelle Gellar’s frantic rush from the first film, complete with the “hurry up and open the door!” moment.

Much material is repeated from numero uno; the body that Julie finds which then disappears without a trace of it ever being there. One must ask how Ben Willis is able to clean up so quickly? Then there’s the scene where she gets desperate and, as she yelled “What are you waiting for, huh?” last summer, this year it’s “Come and get me, I’m right here!” 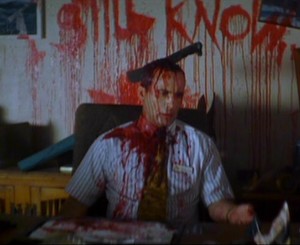 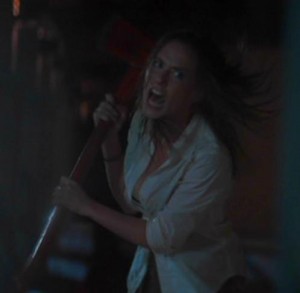 What detracts from the horror is how laughable things become. The cliches come so thick and fast that it’s like Scream never happened. Gone is all of the intelligence of the first film, replaced by naivety and annoying behaviour: Karla finds herself on top of a glass roof and tries to stand up. The glass on one panel begins to crack so what does she do? She simply brings her other foot on to the same pane of glass, doubling the weight on the already splintering surface.

Add to this, there’s a sort of weird narration in the dialogue. Karla (again) goes to a door and sees it’s chained. She’s alone so why say aloud “damn, it’s locked”? Then Will appears, scaring the girls, steps into the light and utters a line of dialogue. Then Julie says; “it’s just Will.” FFS. Shouldn’t this be consigned to the commentary track? 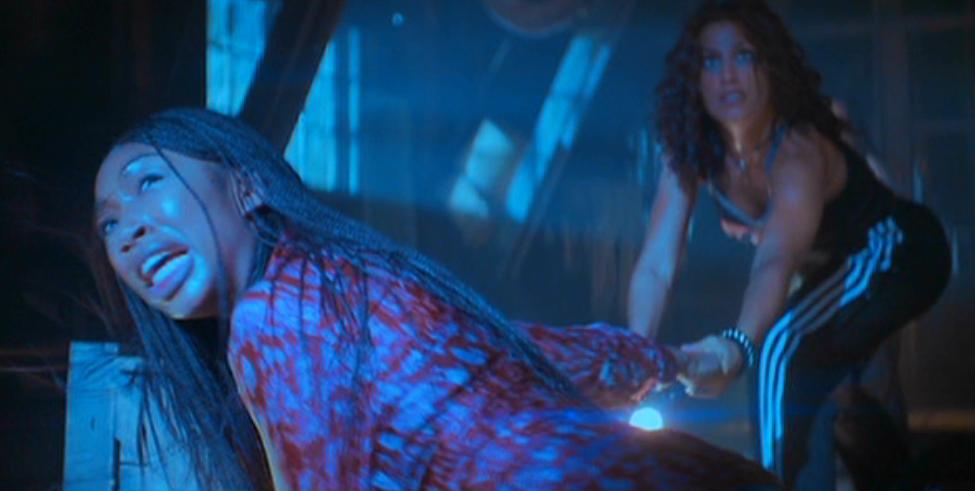 So The Fisherman, now with a hook in place of the hand he lost at the end of the first film, is not only psychic but can teleport to precise locations around the hotel locus using his prior knowledge. When someone finds themselves alone, they tend to pause and listen for something (what they expect to hear is a question that’ll die with them) and the killer simply opens the nearest door over their shoulder and creeps up for the kill.

A half-decent twist is revealed at the end (though someone told me what it was before I saw it) and Ray and Julie are reunited to take on Willis, who advises a gun-toting Ray: “Think about is boy, you’re no killer – that’s my job.” Jesus wept.

Needless to say, I was left with questions:

A film baren of any insight or intelligence but fun all the same with some nice visuals and that great chase scene. Prinze is given little to do and what he does get isn’t done very well; Brandy is surprisingly tolerable as the loyal BFF but talks as if she’s trying to hawk her latest album by reciting the lyrics and saying “girl” a lot. But the cast list is good with Jack Black in a bizarre uncredited role, pretty much playing himself. Hopes for a (related) third film effectively died along with the hotel staff and so unless the surviving characters sign on for a “15 years later”-style opus, their fates are uncertain. Instead we got I’ll Always Know What You Did Last Summer. 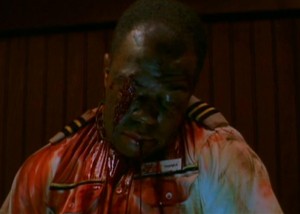 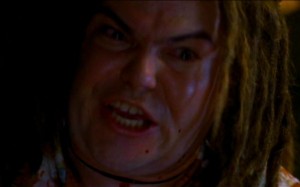 Blurbs-of-interest: Jeffrey Combs was in Frightmare and Castle Freak; John Hawkes was in Night of the Scarecrow and Identity.

If you, like me, think the title sucks, other reported working titles for this film included:

tagged with 90s horror month, before they were famous, calendar carnage, get your own ideas!, I know whatcha did!, sequel city, slasher, slasher films that aren't supposed to be funny but are funny, spoilers, star power, yo! Hollywood