Who do you think you are?

“The secret lies within.”

Big names for a $30million high-profile “thriller”, Identity is one of those movies that does all it can to deny it’s merely a dressed up slasher flick. Annoying, yes, but it’s good enough to let that slide.

In true Sixth Sense style, Identity trades on the probability that it’s going to unleash a massive “wowza” of a payoff in its twist. Watch it once, maybe it’ll getcha. Watch it twice, play solitaire or something.

Some shrinks and legal eagles are debating the validity of the imminent death sentence due to be carried out on Malcolm Rivers, who committed some gruesome murders X years before at a motel. Meanwhile – or in flashback? – a group of strangers find that fate drags them to a dump of a motel in the middle of nowere, Nevada, during a brutal storm. 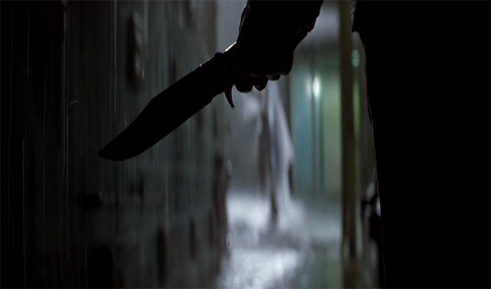 Chauffeur John Cusack is driving Rebecca DeMornay’s egotistical actress when he runs over the mom of a family stranded by a flat tire. They go to the motel where the others begin showing up after finding the road is out: Amanda Peet is a call girl on the run; Ray Liotta a cop transporting murderer Jake Busey; and a  couple of unhappy young newlyweds.

Stranded by the weather, little to no phone signal, and the unhelpful manager Hawkes, the murders begin, each body found with a room key starting at ten, then nine, then eight… But it soon looks as if whomever the culprit is is either very lucky or possesses supernatural powers as fatal accidents are also in keeping with the countdown. 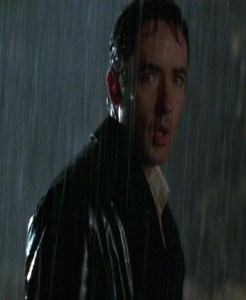 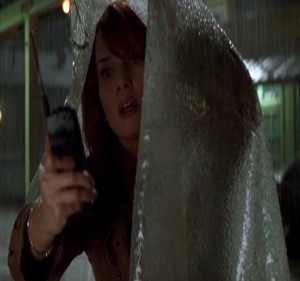 What’s more, once numbers have dwindled further, the group discover they all share the same birthday and have several other coincidental things in common too.

The big revelation comes some two-thirds of the way through the film, one that’s kind of obvious in hindsight and more than hinted at a few times beforehand. While the twist is relatively original, it’s not too far removed from those of other recent big budget horror thrillers, though it’s given more time to take effect rather than being a sudden reveal, which works in its favour.

Still, Identity relies heavily on the cliches of the subgenre while still trying to evade them: The storm, the isolated locale, red herrings, and stupid reasons to wander off alone are all checked off in turn, though Cusack’s appearance renders the election of a final girl somewhat void. Having never really been a fan of his ‘every-guy’/can-do-no-wrong approach, personally I couldn’t invest much in the lead characters, who were all a bit lifeless – another irony given the eventual twist concerning who they are. 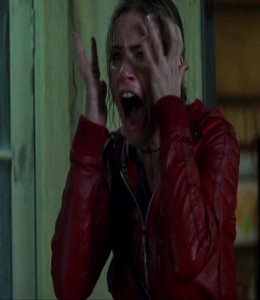 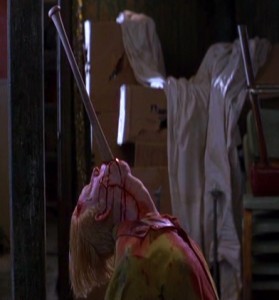 Identity is good – better than good, really – but it thinks it’s smarter than it is and doesn’t do enough with its trickery to pack the punch it reckons it’s gonna serve. Still, it’s always good seeing ‘proper’ actors try to deliver their predictable lines of dialogue and manage scenes we’ve all seen done a gazillion times before. It’s one of those watch-once deals, maybe twice if you’re keen on spotting the clues.

Blurbs-of-interest: John Hawkes was in I Still Know What You Did Last Summer and Night of the Scarecrow; Pruitt Taylor Vince was in non-slash but decent Ally Sheedy psychic serial killer flick Fear; Marshall Bell was the pervy gym teacher in A Nightmare on Elm Street 2; Carmen Argenziano was in Graduation Day and When a Stranger Calls; writer Michael Cooney directed both Jack Frost movies; Jake Busey was later in Most Likely to Die.