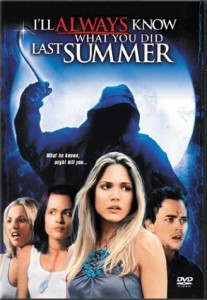 So, news of a third Last Summer stirred around 2003-ish and soon it was confirmed that there’d be no Hewitt or Prinze returning to battle Captain Birdseye’s evil twin one last time and that things would start anew elsewhere.

Well, that’s mostly true. Unfortunately, the decision to resurrect The Fisherman as the choice villain tosses one fucking huge spanner into the works and thus summons up one of the worst reveals in horror movie history.

Far away from the fishing port of South Carolina and even further from the Bahamas, Broken Ridge, Colorado, is the setting for round 3, in which a quintet of teens-about-town share the legend of The Fisherman who hunts down teenagers on July 4th if they’re keeping naughty secrets. This occurs at the top of a Ferris wheel for some reason. About two minutes later, The Fisherman appears at the carnival and chases them away. 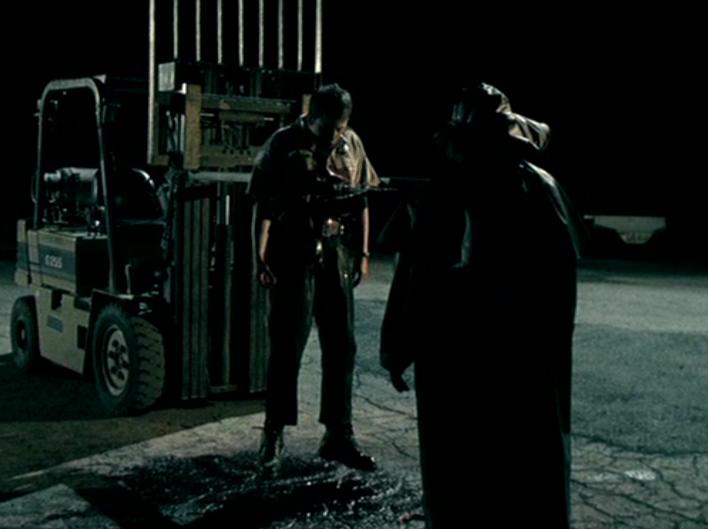 No… it’s all a prank, which was supposed to end with their bud PJ ‘falling’ off a building roof on to some pre-positioned mats. Instead, he lands on a tractor and, y’know, dies. His four friends decide to let the police go on thinking that a killer was on the loose, burn the costume and toss the hook into a lake.

One year later, they’re largely estranged in a retread of themes from the original film. Then evident heroine Amber receives fifty I Know What You Did Last Summer text messages, which serves to reunite the group to track down who sent them. More torment follows, one of the four apparently slashes his own throat with a hook and The Fisherman attacks Amber from on top of a moving cable car. Or gondola as they refer to it!??

Come July 4th, the teens decide to stay in town so that Zoe can mime to Weapons of Pleasure’s admittedly rockin’ Daredevil in the hope of attracting the eye of a talent scout, instead only attracting Mr Slicker, who begins doing away with the rest of them and anyone else who gets in the way.

OK spoiler time: with two major suspects deadified, who is it? Angry girlfriend? Boyfriend? Mom? Dad? Sister? Dog? No. It’s no one. It’s just… The Fisherman. It’s the legend that kills. He’s some mouldy looking supernatural fella who can pretty much teleport where he wants and not die.

Observe the film’s final shot, which I did not do anything to: 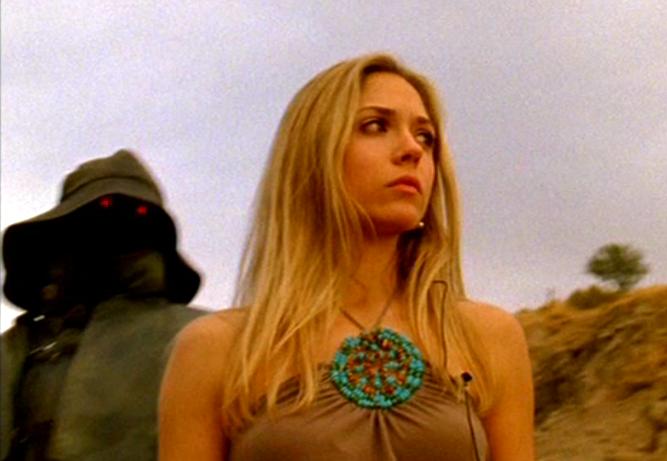 Who the fuck thought people would be happy with this ending? The whole winning aspect of the premise is that you don’t know who’s fucking with you, what they might do and when. Screw that, let’s make it a ghost of somebody with no stake in what actually happened. To make things worse, there are a couple of extra girls who appear a few times early on, either of whom would’ve been acceptable over this! One of them’s even on the cover and she doesn’t do anything except say things like; “He’s so cute; oh my God; I love your dress; Facebook!; Jay-Z’s so talented!”

Breathe. Until this disastrous turn, I’ll Always Know functions predictably but passably as a revenge slasher film. It’s palpably cheaper than its fore-bearers and the continual flash edits are annoying attempts to jazz up pedestrian direction and photography. The characters are largely anodyne fodder: good girl, bad girl, asshole jock, nice guy, backed up by a group of red herrings.

Persistent rumours of a fourth film may well have been ass-raped by how maligned this stupid film is. My tolerance for crap means it garnered a more than generous two stars for being just about competent for a once over – but I wouldn’t fork out on the box set if you’re only really interested in Jennifer Love Hewitt’s boobs. 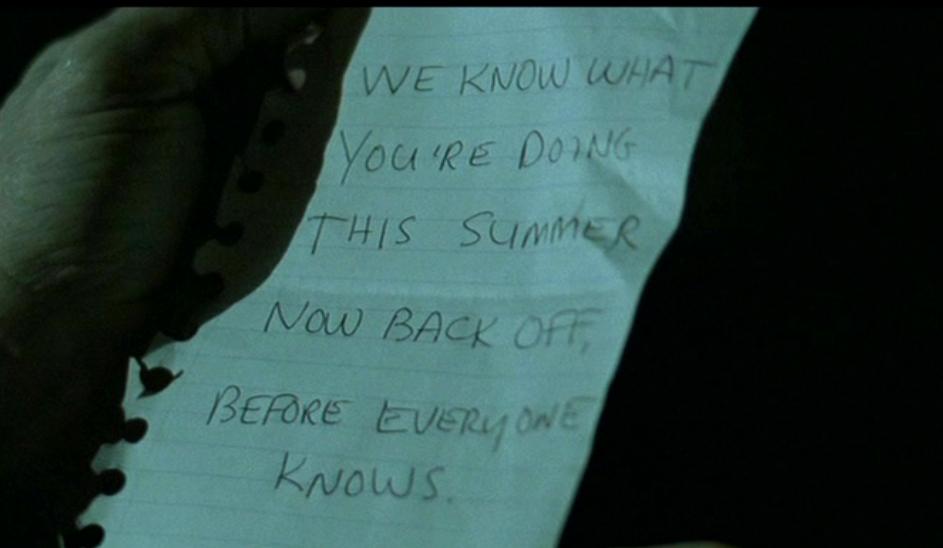 Blurbs-of-interest: Paetkau was the ladder-eye victim in Final Destination 2; DeVitto was in Killer Movie; Don Shanks played Michael Myers in Halloween 5 and was in Sweet Sixteen.