Way back when I first experienced that wee-hours viewing of Friday the 13th in my folks’ lounge and became enchanted with the idea of ski-masked madmen slaying promiscuous teenagers, there were only a couple of academic texts around; no almanacs, film guides or documentaries. The only mention of slasher films in the books I had for my Film Theory degree was that they were “hate-women films!” (exclamation mark included).

After Scream and the contemporaries that were washed up in the tide it created, the genre became accessible once again and in our age of curiosity about things of yore that pre-dated the behind-the-curtain-ness of DVD, it wasn’t long before all the people who grew up on the golden age were old enough to write and even film their own love letters to the genre. That’s what Vegan Voorhees is about.

So, books beget DVD featurettes and eventually came the retrospective documentary features, released on anniversaries of eve’s of high profile “remakes” (that word again!!) here are four of the five I have. The fifth? It was a Channel 4 Mark Kermode thing that didn’t venture beyond the big franchises or have much to say about them… 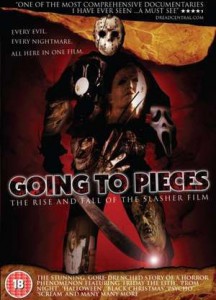 GOING TO PIECES: THE RISE AND FALL OF THE SLASHER FILM

The only one to have started life as a book, Adam Rockoff’s overview of the genre up until 1986 was never available in the UK so I can only judge by what’s on the screen, which, for all we know is advantageous because it’s a great hour and a half retrospective, chronicling the humble beginnings of human fascination with voyeurism of suffering, quickly on to Psycho, the Italian films of Bava et al, and going in-depth for Halloween, Friday the 13th, Prom Night and A Nightmare on Elm Street, whilst giving nods to The Prowler (including at-the-time unavailable footage from the uncut version), Graduation Day, Happy Birthday to Me, Terror Train, The Slumber Party Massacre and Sleepaway Camp – at which point I would like to add that Felissa Rose is not only beautiful but makes good counterpoints when the legendary parental backlash over the Silent Night, Deadly Night commercials is explored.

Later chapters look at the late 80s/early 90s decline and then re-emergence with key cast members and directors dropping anecdotes and theorizing about the genre they contributed to. And it must also be said that while I can’t call myself a fan of Rob Zombie’s output, I quite like the man himself; he’s well-versed, articulate and, like Felissa, presents a good argument for horror in general. Amy Holden Jones also has a lot to say about unfounded criticism of the films by the Siskell and Ebert crowd – their unintentionally amusing TV diatribe is covered: “these movies hate the independence of women!”

Going to Pieces is best appreciated from a nostalgic point of view – it is genuinely nice to hear what some of the directors have to say, given that it’s a common myth that they only did it for the money or as a stepping stone to greater things, unaware that (for many of them) they were making the most notable films of their respective careers. 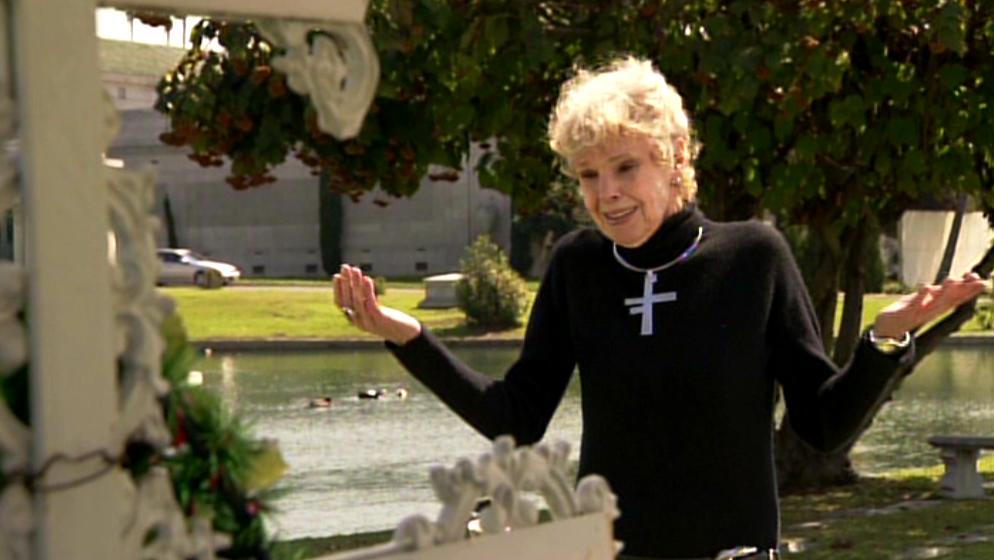 Who else turns up: Armand Mastroianni, Paul Lynch, Herb Freed (“It was good – but it’s good that it was”), Lilyan Chauvin, Fred Walton. 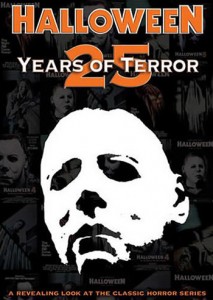 On to the big boys we go with the first icon-centric love-in, filmed around the titular covention that celebrated a quarter-of-a-century since the (screen)birth of one Michael Myers in – more importantly the year of my birth – 1978.

Despite covering my second favourite franchise, I was less impressed with this one that I was with the documentaries for Friday the 13th and Elm Street. Possibly because it came first, there’s little sense of structure or – dare I say it – effort that went into the other two and also Going to Pieces.

PJ Soles narrates, which is great, and there’s some convention-set talking heads with Danielle Harris and Ellie Cornell amongst others but it feels a bit fleeting, like a local TV news crew dropped in to grab a quick word. Meanwhile, Jamie Lee Curtis appears only in archive interview footage. Late series mainstay Mustapha Akkad takes the reigns from John Carpenter and Debra Hill after Halloween III is all but apologised for and, in turn, makes public his regret that Halloween 5 was rushed into production too soon.

There’s some insight and box office blah, interviews with some fairly unhinged fans (one of whom goes so far as to ape Soles’ “see anything you like?” moment for the camera – and then wins a contest to appear in what was then known as Halloween 9) and Marianne Hagan laments the troubles that plagued Halloween 6 but it all stops short of Rob Zombie’s redux, which would have made for some interesting insights from fans and series alumni alike.

Attention-holding enough for what felt more like a few DVD featurettes strung together to flog that thousandth reissue of the original, which was included in the 2-disc pack. 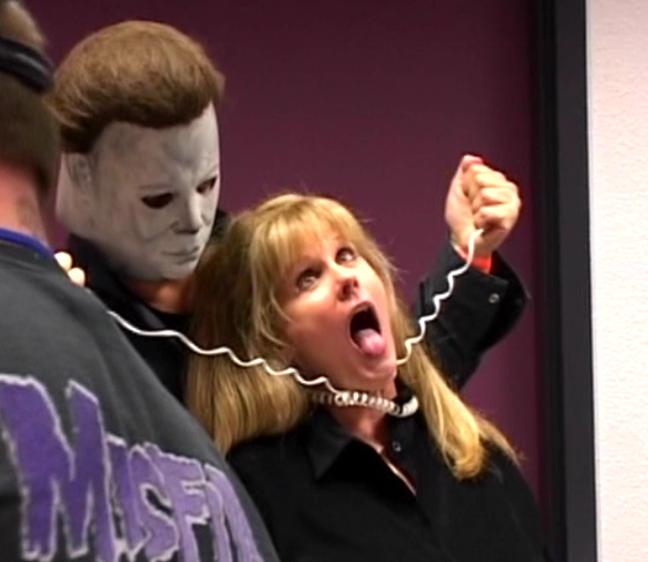 Triv: Rick Rosenthal says he shot the hot-tub murder scene from Halloween II in a thong! Marianne Hagan talks about the test screenings for Halloween 6, where an ‘articulate 14-year-old’s’ opinion that “the ending sucked” ensured re-shoots for two thirds of the film! Rob Zombie goes on to detest the process, commenting that when he was 14 nobody gave a shit what he thought about re-editing Jaws! Danielle Harris had a creepy stalker. There were multiple masks used in H20 as various big-wigs cyclically disapproved of them. 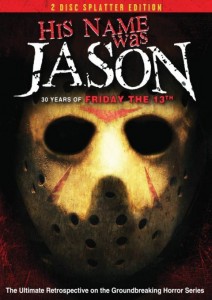 HIS NAME WAS JASON: 30 YEARS OF FRIDAY THE 13TH

Released to cash-in on the impending Friday the 13th “reboot” and shown on TV in the US – and strangely released in the UK in April 2010 – like, thanks now…

There’s more in common with Going to Pieces than the Halloween doc, as Tom Savini presents a segmented skate through the merry history of Camp Crystal Lake, starting with a superfast overview of films 1-11, appreciating Jason’s greatest hits, the score, the mask, pretty much everything you learnt from Peter Bracke’s Crystal Lake Memories book with a little less cast interaction, although Betsy Palmer, Adrienne King and (swoon) Amy Steel appear so who cares about the rest? The lovely Felissa appears once again out of mutual respect for a fellow summer camp slayer and everyone attempts to replicate the ki-ki-ki ma-ma-ma sound with varying degrees of accuracy.

Several horror bloggers get screentime to admire the best of Big J but there’s even less technical information here than in the Halloween doc, as if the whole project was dumbed down to suck in airheaded fanboys who only care about the method by which various teenagers are disposed of. 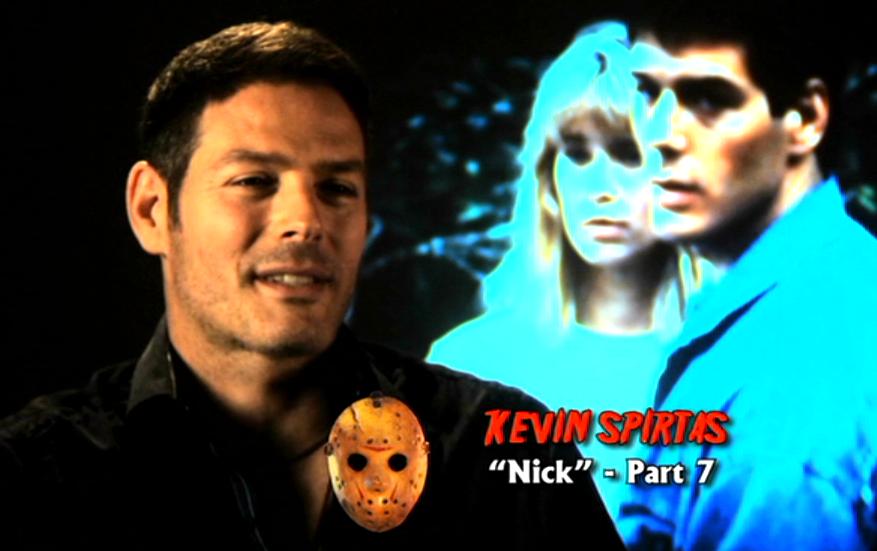 That said, Friday is the brand I champion the most. It’s organically the classic slasher series, despite its commercial and critical failures throughout the years, it’s like the kid you love just a little more than your other two, who might be smarter and better turned out, but Friday the 13th needs only to don that puppy dog expression and I’m sold.

The second disc includes extended interviews, fan films and the like. Was VeVo asked to contribute? No. *sulks* 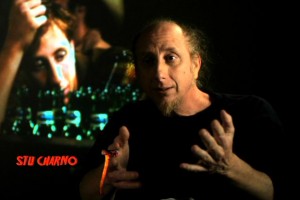 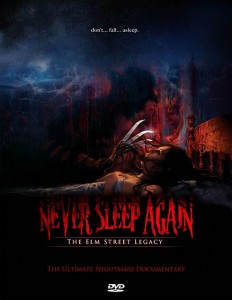 Back in the 80s, Roger Ebert said in his review of Elm Street 3 that the Krueger franchise was like a high-rent version of the Friday the 13th saga… Never more is that represented than here in this staggering FOUR HOUR retrospective of the eight Freddy films prior to the 2010 remake.

Narrated by the wonderful Heather Langenkampenschultzenburger and punctuated by stop-motion interludes, each and every film, plus that horrendous TV series, is explored to maximum effect, uniting nearly all the principal cast members who reflect on their time on set, what they thought of the films and the appeal of Freddy himself. Plus the riddle of Elm Street 2‘s notorious gay subtext is finally resolved – yes, it was intended to be a low-key theme, although it seemed most of those involved did not notice at the time.

Wes Craven and Robert Shaye talk freely about their dispute over the sequel rights and, on the second disc, the present cast members regurgitate memorable lines that recreates the saga from beginning to end and there’s a set visit which takes us to 1428 Elm Street, Nancy’s school and Tina’s house amongst others as well as extended interviews that cast a grim shadow over the then-incoming remake.

Comparatively, this grandiose slab of nostalgia wins hands down for sheer effort to please the fans, but could you watch it more than once? It took me three sittings just to get through it. 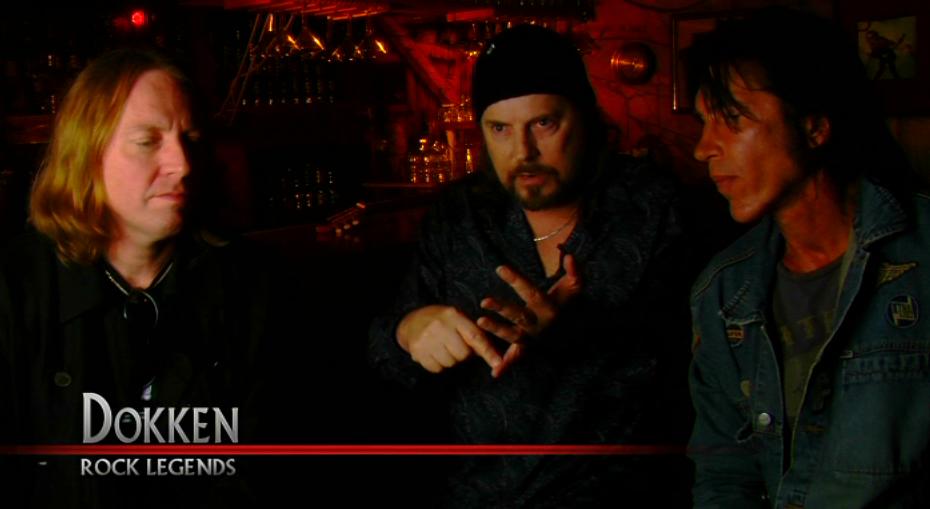 Who else turns up: It would actually be easier to say who didn’t participate – almost every main cast member is interviewed, the only obvious exception to me being Ronee Blakely, who avoided it all by getting good and loaded.

Triv: For Jennifer’s TV-nightmare in Dream Warriors, Dick Cavett was allowed to choose his interviewee and so picked Zsa Zsa Gabor, citing her as the dumbest person he’d ever met, who he’d never have on his show and who he’d gleefully see slashed by Freddy.

All this shows that we are much indebted to Daniel Farrands, Thommy Hutson and Anthony Masi for all they’ve put into three out of four of these documentaries and Jeff Katz for appearing in, quite possibly, all of them, symbolic of their love and respect for a genre most people couldn’t have cared less about. We love you.

tagged with before they were famous, Face off, Friday the 13th, gay stuff, Halloween, I love Jason, Nu-di-ty, one two Freddy's coming for you..., remake, sequel city, slasher, star power, TV