Is there something you’re trying to tell us?

Something new today as Vegan Voorhees hands over the writing reins to Ross Tipograph, who looks into some of the most popular horror flicks that seemed to be hiding parts of themselves in a subtextual closet with only a little more subtlety than this: 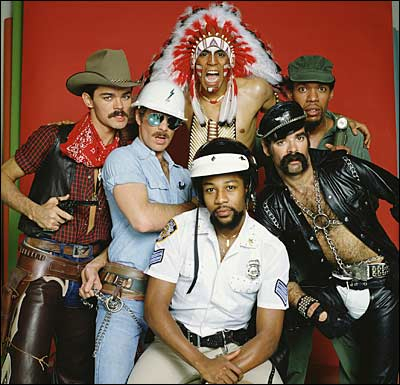 The horror and slasher genres are notoriously for carrying weirdly sexual undertones… It’s really unavoidable, when you think about it: One predatory killer (always a man, or for shock value – gasp! – a woman) stalks and obsesses over a group of usually gorgeous, usually young characters, waits for that one dark night or empty hallway moment, gets up to them real close in a one-on-one moment and… penetrates them, usually with something sharp and phallic (if not shooting, decapitating, or creatively terminating them in any way other than stabbing).

The sexual is imagery is RAMPANT! So, as a focus, we’ll take a look at an underrated way of observing the horror & slasher genre(s), through this sexual lens:

This sequel was abysmal, not only because it was following / attempting to cash in on one of the greatest horror movie classics of all time, but also because it was just downright horrible and unwatchable. The entire movie follows one guy, Jesse (played by Mark Patton), as he tries to escape the taunting, phallic knives of predatory Freddy Krueger.

At one point, Jesse has a nightmare that takes place in a bar with his gym teacher… Which leads to a naked shower scene with said character… Which leads to a series of wet and wild ass-whippings. In another scene, Freddy literally emerges from Jesse’s body, tearing through his flesh, coming out from within. Explanations? None. 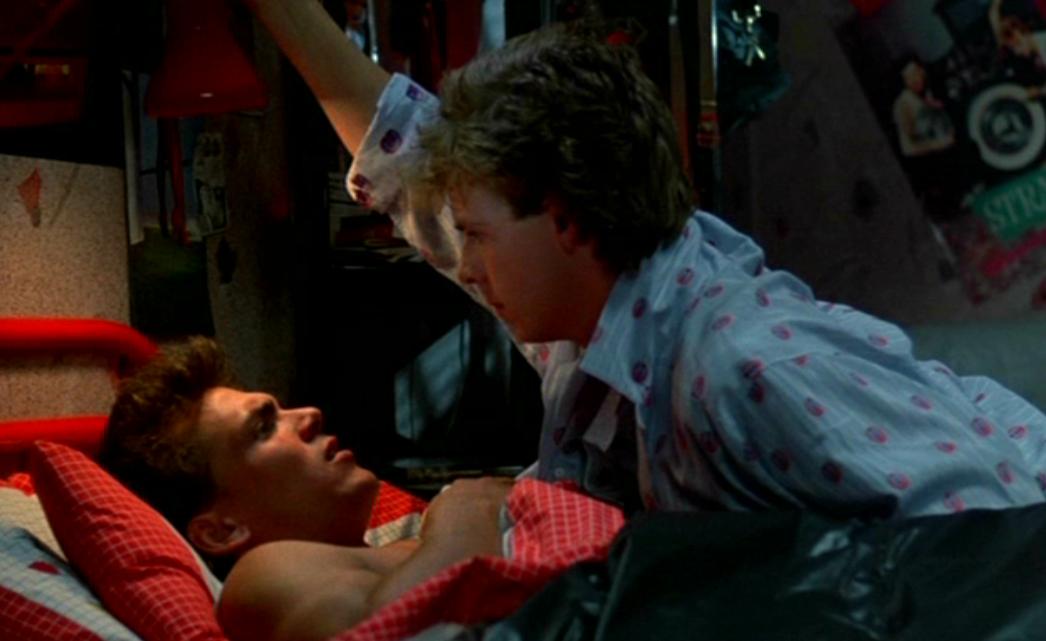 Why confide in your girlfriend when your unnaturally-hot sparring partner will do?

(What is it with these eighties movies?)

A cult classic with some definite gay undertones, The Lost Boys is awesome. It is also, yes, kinda gay. The brooding, buff Michael (Jason Patric), his eager younger brother Sam (Corey Haim), and their cool, single mom (Dianne Wiest) move to a new town on the coast of sunny California. Already, we have a queer vibe of “the outsiders” trying to fit in. And soon, they sort of do, when they meet a gang of snarling, hungry vampire teens – a group of touchy-feely guys with one hot girl (Jami Gertz), whom they virtually ignore.

The girl is so neglected, she’s actually used to lure new boys into this vampire coven. She bounces around and shows off her goods, leading these unsuspecting newcomers to a seriously scary Kiefer Sutherland, complete with bleached-blonde mulleted hair, along with Bill & Ted reject Alex Winter and others. Also, in one scene, Corey Haim has a poster hanging up in his closet of a naked Rob Lowe. Go see for yourself.

"I have so much to show you, Michael..." Never trust anyone with a peroxide blonde mullet.

Alfred Hitchcock’s notorious attempt at a eighty-minute continuously-shot movie, tied together with a few suave editing tricks (which surely tricked the crowds of the late ‘40s) is so entertainingly, blaringly gay you can’t help but wonder if it was intentional. Taking into account the casting of two closeted Hollywood actors and the rumors of Hitchcock’s own sexuality, anything is possible.

The film opens in a Manhattan loft, where two men… do something sinful, in the dark, with the blinds closed. John Dall, one of the two, is more suave and accepting of it, lighting a cigarette after the deed is done and wanting to open the blinds. The other man, Farley Granger, is much more terrified, disgusted by this act they’ve committed together and wanting to die. What they’ve actually done is kill a man, but with lines like “Don’t open the curtains yet; let’s just stay this way for a minute,” and moments like the killers removing each others’ rubber gloves – you decide.

The movie amps up when the two guys have a dinner party with several guests, trying to keep their secret quiet and acting like nothing is wrong. It’s up to old Jimmy Stewart, their professor from their boarding school days (gay!), to figure out what’s really going on between these two men. A thrill. 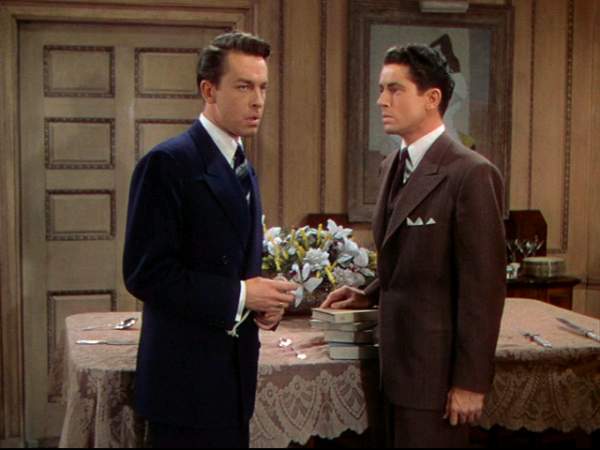 "I can't believe you didn't choose orchids for the centre-spread!"

More ‘mo fun to look for:

Interview with the Vampire (1994), in which Brad Pitt, Antonio Banderas, and Tom Cruise (of course) battle for Most Theatrical Queeny Performance while sucking each others’ necks, wearing corsets and crying

Fright Night (1985), another eighties (and another vampire) entry, in which a guy who can’t have sex with his girlfriend because he’s too distracted by the charming man next door and this neighbour’s creepy, unexplained male “roommate”.

Scream (1996) – there’s always been a thing between Skeet Ulrich & Matthew Lillard. (Ever notice how Stu screams “yeah baby, get it up!” when inviting Billy to knife him? – Hud)

So there you have it Voorheesians, vampires are gay, Hitchcock might’ve swung wider than a pendulum and, well we all knew Elm Street 2 was one big pride parade, didn’t we?