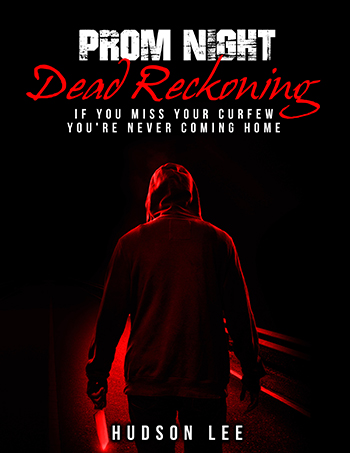 No, it’s not some novelization, more of an homage to the original Prom Night film written out of complete bewilderment of the remake, back in 2008, revised and updated in the last month to be eBook-i-fied.

The story is thus: A gunman opens fire on a service station forecourt (in Britain, gasp!) killing patrons left, right, and center, including several teenagers returning from a school field trip to France.

Four months later, as their final school dance approaches, several of the survivors receive cryptic messages that only studious nice girl Alfie takes seriously. When it becomes apparent the threat is very real, she races to the prom to try and warn the others, who are already being stalked and slain by a ski-masked killer with a grudge to settle.

This is a short affair, my urge to fatten it with character arcs and subplots was stomped by pure love for the revenge-at-the-prom opus.

You can buy it in the US here, or in the UK here.

tagged with calendar carnage, get your own ideas!, me me me!, Rule Brittania!, slasher