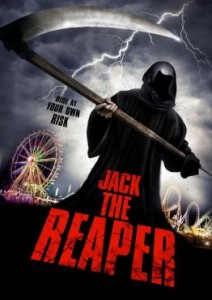 “Ride at your own risk.”

There will be UNAVOIDABLE SPOILERS.

Predictability doesn’t have to be a bad thing. If it were, then films like Hell Night or My Bloody Valentine wouldn’t be the beloved genre staples that they are. However marry off predictability to unoriginality (or, some might call it, totally ripping off somebody else’s work) and it can grate.

In Jack the Reaper, a school bus full of teens who didn’t complete an assignment on the industrial revolution, is sent off to learn about America’s railroad courtesy of Tony Todd, who utters lines that sound like they were cut from his scenes in a Final Destination sequel. There’s the requisite couple of asshole jocks, an obese cry baby, a deaf girl, and an Albino amongst others.

On the way back, the bus crashes. When the kids come to, the driver and their teacher are gone, but there’s a fairground in the middle of the desert, which they go to for help, with the exception of loner Jesse, who thinks she saw somebody on the road before the accident.

As soon as they discovered the fairground was deserted, I knew where we were headed. The teens ride the carousel, play whack-a-mole, and start disappearing one by one. Eventually, they spy a black-eyed loon toting a pick-axe and find that no matter where they run, they wind up back where they started.

Yes, they’re all dead, save for the girl who stayed on the bus, because, as per Tony Todd’s spouting, as soon as they crossed the tracks toward the fairground, they’d entered the realm of Railroad Jack, who reaps them for the afterlife.

It’s Reeker all over again, sans the smell and comedic inserts, but one would think at the very least somebody ‘borrowing’ the same concept might spruce it up a bit with something other than a road accident… Although, let’s not over-credit Reeker with being all original n’ stuff, after all it goes something like The Sixth Sense begat The Others, The Others begat Reeker, and now now Reeker begat Jack the Reaper. Thus, Jack the Reaper will see its own progeny in the future. Maybe. 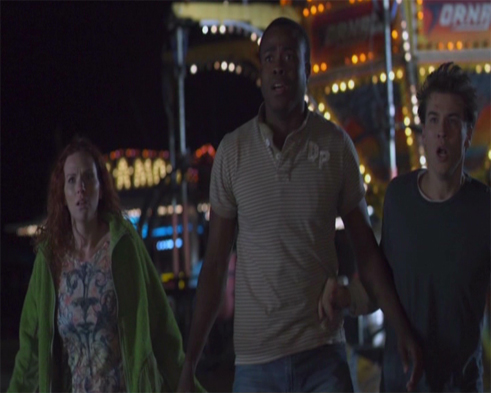 About all that’s interesting is the presence of a female director. Kim Seilhamer may hold back on the gore, but the film is curiously littered with male characters saying nasty things to the not-so-sympathetic female contingent. Fair enough, they die soon after, but any hope for a decent female perspective should be left at the train museum.

Second-billed Sally Kirkland (also a producer) appears for little over one minute, but manages a barrage of profanity in her cameo, and Todd looks like he dropped by for the afternoon before haul-assing it away.

Not a dreadful film, just a bit of a lazy one (complete with actors’ names spelled wrong in the credits), if I were writing its school report, it’d be full of Jack CAN do it, he just needs to try harder. 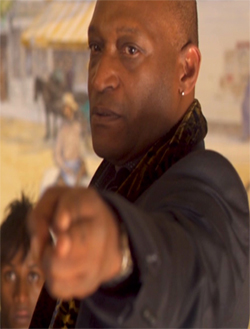 tagged with get your own ideas!, rip-off central, slasher, spoilers, star power