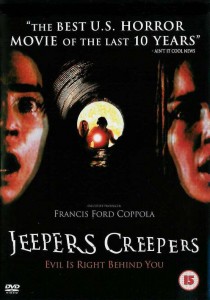 “Evil is right behind you.”

Dire-logue: “You know the part in scary movies when somebody does something really stupid and everybody hates them for it? This is it!”

How can one begin discussing Jeepers Creepers, a film with a title so ultimately surplus to its premise that it could have been called ‘Oops! …I Did It Again’ or ‘Mmmbop’? Well, it’s not yer vanilla slasher fare, that’s for damn sure. It’s teen horror for sure, dude, but this one takes a left at the fork in the road whereas its Scream-modelled bretheren carried on down the straight.

‘Tis the story of collegiate siblings Trisha and Darry, homeward bound for Spring Break via ‘the long route’ at Trish’s request due to a questionable break-up. This entails driving her aged Chevrolet along East 9, a scenic but virtually deserted route with a few urban legends to its name. The terror begins just minutes after meeting the bickering duo as they are nearly run off the road by an especially creepy old truck known as ‘BeatingU’ (in accordance with a license plate game the kids are playing). 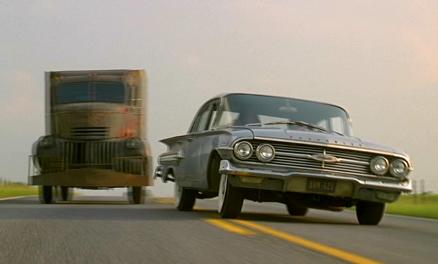 A little further down the road they spot BeatingU parked up alongside a boarded up church, its inhabitant now tossing person-sized packages, covered in red blotches, down a sewer pipe.

Having quite obviously been seen by the stetson-hatted driver, BeatingU revs back into life to chase them down in the creepiest car chase since Duel. Trish and Darry escape and appear to have been spared when they discuss going back to the church in case whomever was wrapped up in those bloody sheets is still alive. Unlike many other slasher films, this is actually a pretty understandable reason for going back. Back in the 80s, our jock and cheerleader would have gone back for kicks or to make out in the basement. Tension has been nicely stacked up by now and Darry soon ends up taking a slide down the pipe where he witnesses one of the bagged-up victims croak from a sewn up torso wound. Worse still, the entire cavernous basement of the church is covered by a tapestry of naked, dead corpses, all of them preserved “like petrified wood” as Darry later tells a cop… 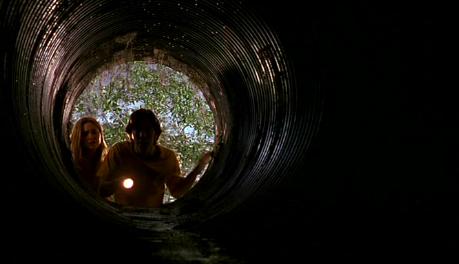 From here, things get creepy with mystery phonecalls from people who know their names, protector-cops are effortlessly done away with and we learn that the killer possesses abilities beyond those of an everyday human psychopath… Things are kept taut up to the hour mark, after an encounter with ‘The Cat Lady’ and we get a good look at exactly what is after the Jenner kids.

It’s the final half hour where Jeepers Creepers strays from its horror-on-the-road simplicity and quite literally loses its way. The revelation of just what the creature is and what it wants (explanation thanks to a local psychic who has dreamt the answers) is fine. It’s different, but it’s fine in a fantasy comic book way. The cop-shop showdown is what’s unoriginal. Memories of Terminator 2 abound and it seems like Salva simply didn’t know where to go to bridge the end of the road scenes with the true meaning of the titular song which, as said psychic tells them, means ‘bad things’ for one of the sibs. 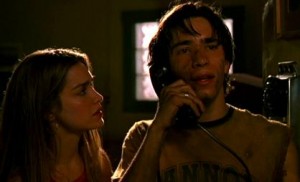 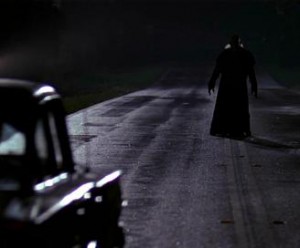 Scribbler-helmer Victor Salva seems to attract more column inches because of his shady past then for his directing talent, which is considerable. Most people who criticise higher budget commercial horror films for ‘being rubbish’ pay little attention to the craft itself and should perhaps watch more only-on-DVD features where nobody gives a crap about the lighting or composition. Jeepers Creepers is gorgeously shot, overflowing with perfect pans and cranes, shadows are in all the right places and it’s a genuinely unsettling visual experience. We’ve all had those great film ideas that sound so perfect in our heads but would never translate so well to the screen, hell, that’s why so many book-to-film adaptations implode! This is simply one of those, two-thirds terrifying road-trip from and to hell, one-third bizarro creature feature with a bit of a depressing ending. See it for the setup, stay for the photography. 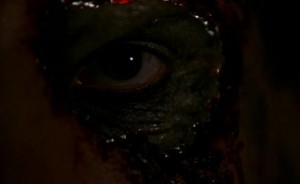 Blurbs-of-interest: Creeper Breck was also in The Caretaker and Mask Maker. Salva followed things with an okay sequel in 2003 and another due in the future. He had previously directed creepy B-flick Clownhouse. Justin Long returned for a brief cameo in JC II. Eileen Brennan turns up in The Hollow, but she’s not a kooky Cat Lady.

tagged with slasher, yo! Hollywood