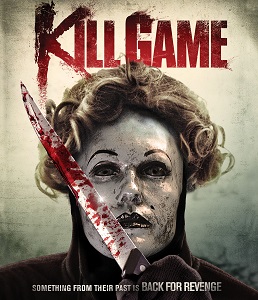 “No one is laughing now.”

Some spoilers. Five old friends, who plagued their high school with pranks, attend the funeral of another friend and soon after discover that somebody from their past is fucking with them, ordering a stack of pizzas, removing the battery from a car, sending a sex worker over… Which of their old gag victims could it be?

A seventh friend, jittery walking pharmacy Beth, returns to town and is immediately tracked down by hunky Liam, the estranged twin brother of Brendan, who died years before as a result of a prank gone wrong, which had been masterminded by the recently buried friend. Liam wants to know what happened to his brother, but the seven of them never told a soul. 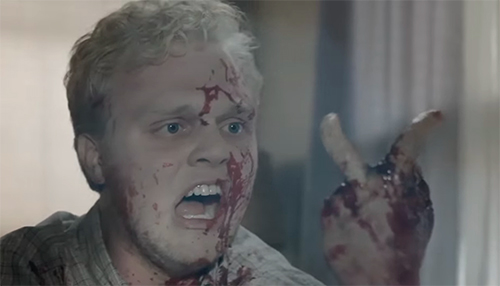 The friends start to reach out to old prank victims and apologise, but Marilyn has other ideas and straps one of the gang to a chair, giving her a blood transfusion from a dead stag in payment for a joke where she’d forged a doctor’s note that informed a nerdy girl she was infected with HIV. Another is burned alive, and one has their tummy tuck procedure fatally crashed by the killer, who also offs the surgical staff. 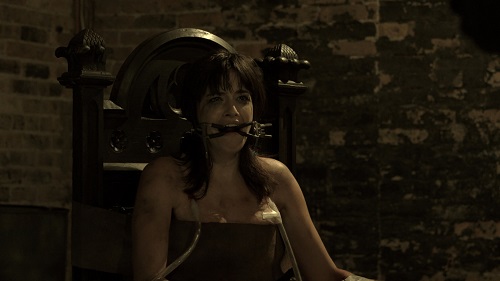 The dwindling group find themselves back at the beach where Brendan died for a big showdown, which is crashed by the cops before we can get answers.

So who is the killer? Well, Kill Game can’t quite seem to make up its mind, though we get a good scene where Beth wakes up in a hospital staffed by several of the prank victims who begin descending on her like zombies. But that’s a dream.

Instead, the actual killer is revealed in the final shot and is someone who has barely appeared in the film at all. Eagle-eyed viewers may recall them from a couple of earlier scenes, but so fleeting are these appearances that it literally may as well have been an old granny or someone who sped by in a car.

And what the hell was supposed to be in that box? 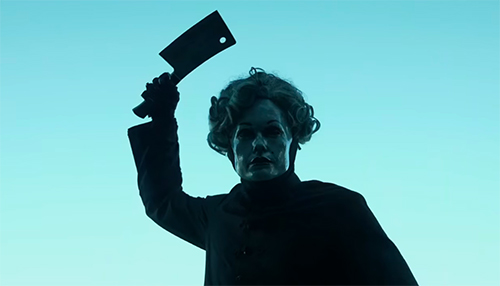 I see what Kill Game was trying to do here, a grand exercise in misdirection, but instead it kinda just trips you up, having lead you down a blind alley to nowhere for the previous 100 minutes. Personally, I didn’t mind, but I can also envision a few bricks being hurled at screens. As far as I Know What You Did Last Summer/At Camp/At High School/At My Cousin’s Barmitzvah/That Day at IHOP opuses go, it’s fine. Shot in 2014.

tagged with get your own ideas!, I know whatcha did!, Nu-di-ty, slasher