Vegan Voorhees is happy to hand the reigns over to guest reviewer Meat-free Myers (possibly a pseudonym) for a pretty exclusive write-up on what looks to be an exciting event…!

Right, I’m gonna lie back and enjoy some Carrie Underwood while someone else does the legwork. 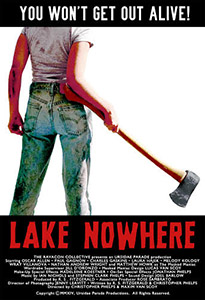 When Grindhouse surfaced few years ago, it created a revival of a sub-genre that had been long thought dead since the meta horror wave of the 90s, because it showcased the reasons why such films are cult favourites and fed them to a (somewhat bewildered) mass audience.

Me, I do enjoy the meta-ness of recent times, going to see films not only the disciples of Slasherdom enjoy, replete with nods and winks towards yesteryear… but also because it allowed my friends to enjoy the madness without having to have the disturbed viewings I craved as a child.

However, there becomes a point where enough is enough, this genre needs to unashamedly revisit it’s roots. There are recent highlights (The Sleeper and Hobo With A Shotgun… although the latter is more in line with The Exterminator than a hack-and-slash flick), but so many have been piss takes (or just piss poor) and if I see another synopsis claiming to be “a throwback to the 70s/80s” I’ll become as redundant as the directors seemingly believe these films to be.

The problem lies in the approach more than anything; by attempting to make the cheesy nature of these films apparent, the point has been missed… the majority were funny to begin with, but unintentionally so. The best examples of these films are the ones where the crew really felt they had a gem on their hands, which by no means materialised, yet their determination to the “craft” created a misguided gem. 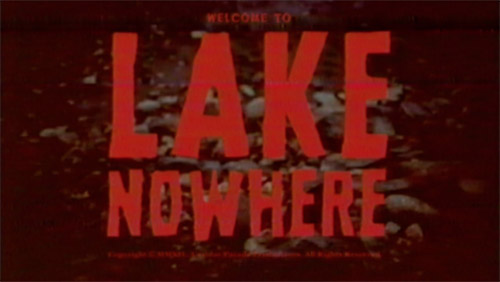 Lake Nowhere does this perfectly, being the only such film to be sold exclusively on VHS.

The picture and sound (or lack of it) is as authentic as possible. It creates the closest experience to the good old days I have seen in many a year. It is also played straight, which makes a refreshing change.

It follows the standard teenagers / log cabin / woods / death / destruction tick-form. But where many other copycats fail, the brilliance lies in the filmmakers total allegiance (and not false-faithfulness of many imitators) to the art of guerrilla (B) movie making.

This could be that lost slasher we all hunted for, once we had digested the classics, that golden-imperfection we salivate over, endlessly hoping to find. That’s why we still watch the shite that is released to this day, hoping that one will get it right without explosing us to the humorous connotations or just plain bad “refreshing” decisions.

To start with, the film is a mere 52 minutes long, and this includes a lengthy intro of fake trailers (these are actually fantastic: a Giallo which I really wish existed; a hysterical beer commercial; My Bloody Valentine; and a Creature Feature that mixes The Crazies and Creepshow‘s The Lonesome Death of Jordy Verrill via The Day of the Triffids). The short run time allows Lake Nowhere to re-route around the usual mid-film slog, and keeps the required elements to their absolute essentials.

The cast do a good job, despite being inaudible most of the time. This may be a problem to some, but for those who spent the best part of their youth renting obscure VHS tapes, this will feel like an embrace from a long forgotten friend: Uncomfortable, but understood. They basically spend their time doing what no rational person would; renting a cabin in the middle of (Lake) nowhere, skinny dipping, smoking pot, having sex and, of course, falling prey to the local psycho.

This is where things ascend to the next level. Despite the budget restraints, there are some wonderful shots to behold, as well as a few truly creepy moments, as it turns out the killer is not the only antagonist of the film… While this kind of extra-curricular plot device is what I usually despise (too many cooks…), here it helps to truly encompass the feel of a retro horror film (à la Evil Dead) and is handled well.

I do not wish to give too much away, but things go ape-shit towards the second half, and the only criticism I can give is that I do actually wish the bloodletting lasted a bit longer. I imagine the schedule (filmed in a mere six days) is the reason for the rushed approach to the ending. But in fairness it only recaptures the quirky shortcomings of the old films. 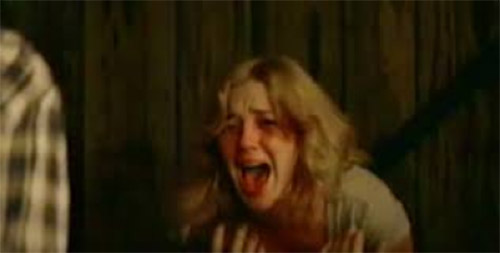 Music is also well-utilized; retro synthesizers that do not reek of pastiche. Kudos on that front – Rick Wakeman would be proud! Creepy, disjointed and rather unnerving when played loud (also helps to hear the dialogue – bonus!)

Then why 5 stars? Because it is the nearest experience you will get, since the days of independent rental shops for the most awful splatter euphoria VHS could deliver. If that rings true with you then this is what you really have been waiting for, warts and all!

Now take a dip in Lake Nowhere. If you dare!

Wow! Sounding good! Take a look at this awesome trailer:


If that doesn’t get your 80s juices flowing, what will!?