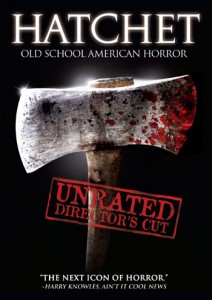 “It’s not a remake. It’s not a sequel. And it’s not based on a Japanese one.”

‘Old School American Horror’ sayeth the cover… Hatchet opened to a lot of eager reviews of the “best thing since sliced head bread” variety from various horror ‘ficionados and so, when it eventually washed up on our shores in October of 2007, I was hoping it would remove the sour aftertaste of Rob Zombie’s Halloween right out of there like a keg of Listerine.

On paper it should be perfect: Hodder, Todd, Englund, a true slasher movie fan at the helm, the woods, lost group of tourists, local myth of psycho killer, and still Hatchet and I just didn’t get along. It’s like a blind date set up by your friend who thinks you’ll be perfect for each other but then it turns out that maybe they just don’t know you that well. 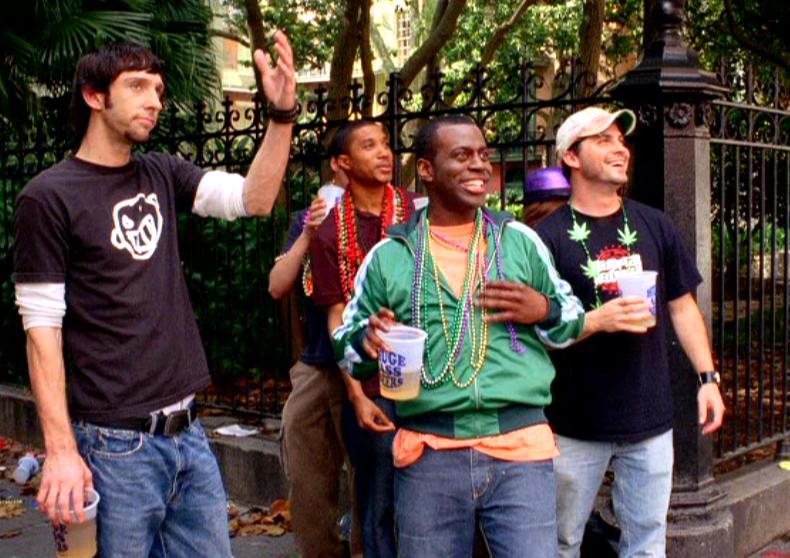 Anyway, enough of that tripe, what’s it about?

Recently dumped college boy Moore is dragging his heels around New Orleans Mardi Gras, much to the annoyance of his frat buddies (including director Green in the cap) and opts to take a haunted swamp tour he heard about, accompanied reluctantly by best pal Richmond. 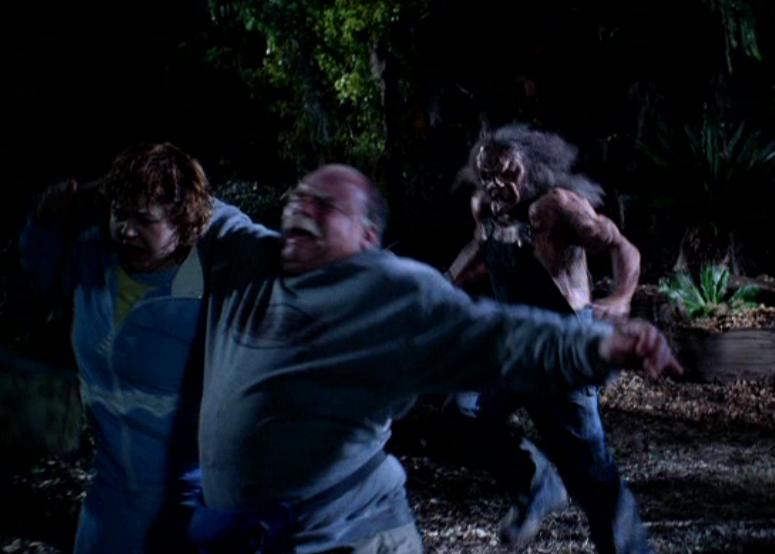 After a flashback tale of poor Victor Crowley, a horrendously malformed child looked after solely by his father (Hodder, out of makeup for a change) who was tormented by local kids who torched his house while the boy was still inside and a botched rescue attempt by daddy left him with an axe in the face… Nominal heroine Feldman tries to guide the group elsewhere but is too late and the hulking Crowley quickly sets about doing away with them one by one.

Hatchet does what we expect it to; the tourists are ripped limb from limb, hacked, sawn, skewered and beheaded with liberal lashings of gore, all of it CG-free, which is admirable, although at times the less-is-more route would have been advisable, although the film was released at a time when ‘horror’ was being cut down to PG-13 levels of acceptability to suck in a younger audience, Hatchet provided a sort of nihilistic flip-off to them and piled on the grue. And the tits. 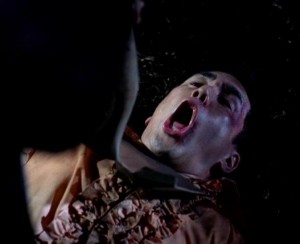 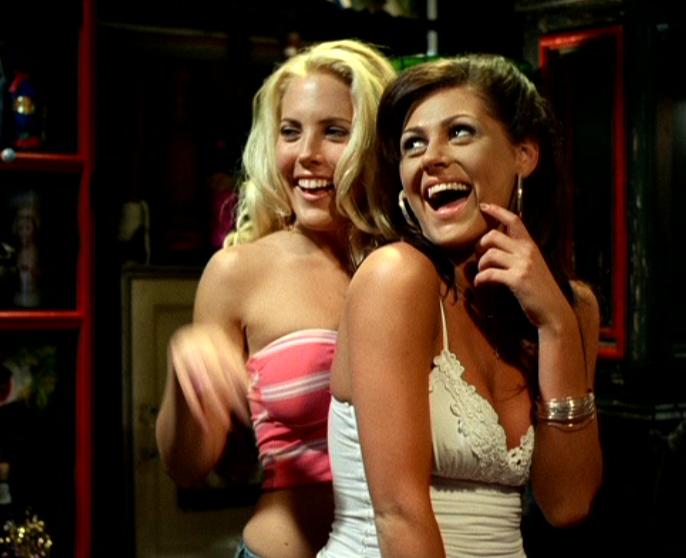 It was mostly the misbalanced frat-style comedy that shot it in the foot for me. The gags are obvious as Richmond does the typical token black dude thing while McNab is dumber than a box of hair (“call the police, they’ll send the cops!”) and Moore is just the unlucky schmuck. Shen comes out of it the best – possibly the reason he returned for the sequel as a different character – and Feldman is a functional, if not a little lifeless heroine, replaced in Hatchet II by the preferable Danielle Harris.

Green’s skills markedly improved by the time the follow up surfaced in 2010, achieving where most sequels fail by completely outdoing the original film. That’s not to say Hatchet is a bad film, it’s just a bit…juvenile? Who knows, maybe it was supposed to be, but it’s bookended plot means that it geographically goes almost nowhere, seemingly set in a patch of woods about thirty feet in diameter. As if unsure whether he wants to shock us or make us laugh, even Green himself seemed to be aware of the flaws during the screening of the second film at FrightFest, a product he was evidently more at home with making and is consequently far more accomplished. 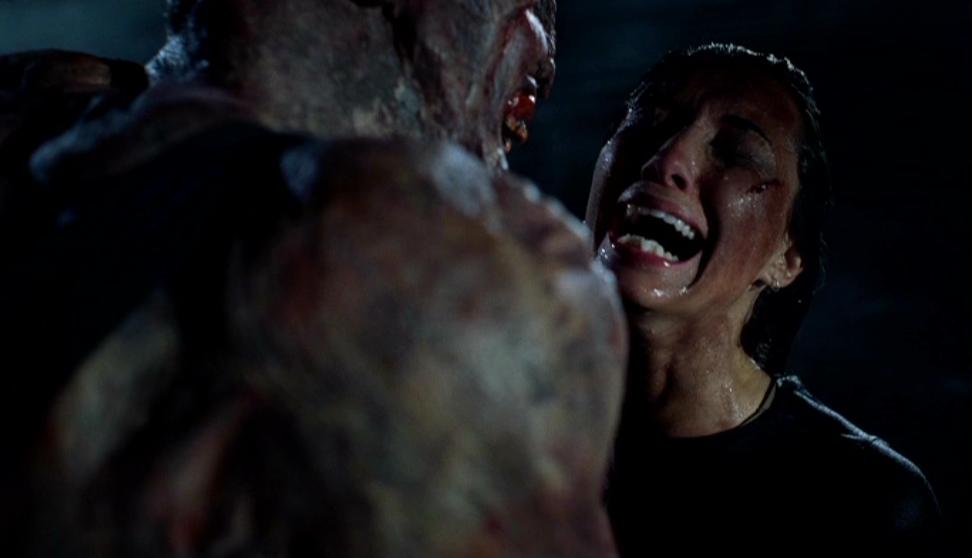 Blurbs-of-interest: Deon Richmond was in Scream 3; Parry Shen was also in Dead Scared; Josh Leonard had the lead in Madhouse. Mercedes McNab used to play dim-witted cheerleader (and then equally incompetent vampire) Harmony in Buffy. Richard Riehle was in The Watermen and Texas Chainsaw 3D, and Mischief Night; John Carl Buechler, director of Friday the 13th Part VII and makeup artist on a gazillion other films cameod as Jack Cracker (and had a bigger role in Hatchet II). Hodder, Englund and Todd’s services to the genre are huge and I hope at the very least you know which three icons they’re most famous for playing.