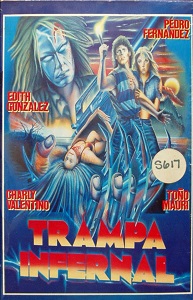 Prior to this, the only other Mexican slasher film I’d seen was Don’t Panic, directed by Rubèn Galindo, Pedro’s grandson, way back in the mid-90s. Suckfest.

Fortunately, Trampa Infernal - ‘Hell Trap’ – is a far more interesting little cut n’ shut of The Zero Boys and The Final Terror, with a bit of Elm Street thrown in.

I can read and speak enough Spanish to get by, but the tempo at which it’s spoken often leaves me lagging, so I was happy to find that I could translate the subtitles on the video into English, presenting me with some awesome stuff about Aimee Teegarden, one million peso horses, Barack Obama, and all manner of confused sentences of the “scattered rainfall has admitted that very good principle and raped the last video viaduct” quality. Amazing. 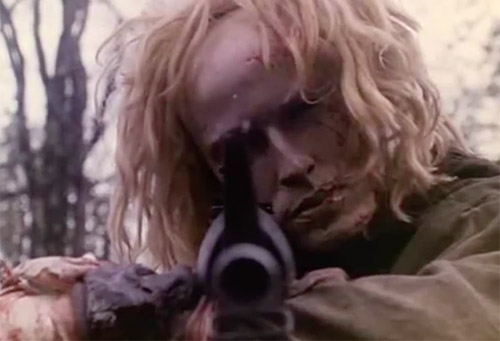 It mattered not, the subs were just about decipherable enough to work out the basic plot: Big-haired Nacho (!) and Mauricio are paint-ball enemies. Yeah, that’s a thing. So pissed is Mauricio that Nacho beats him during their last round, he challenges him to a hunt-off: A bear that has slain a few hunters in the woods is the target – first to kill it has the biggest balls ever, etc. Nacho’s girlfriend Alejandra is against it, but goes anyway, as does his tubby pal Charly, and Mauricio’s buddy, plus their ditzy girlfriends.

Naturally it soon transpires there is no bear, but an insane war-vet who wears a mask not a million miles removed from Michael Myers’, and stalks the woods with a razor-fingered glove (!!), guns, and other teen-obliterating items. 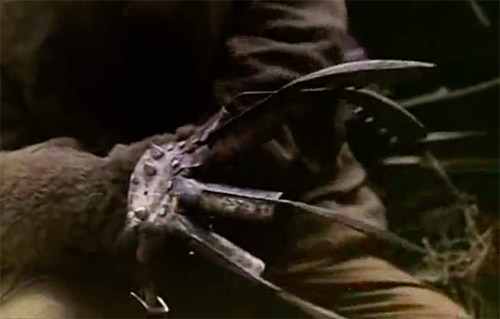 The subtitles ceased to exist once the teens reached the forest, but it was pretty simple to follow that they started getting wasted – ditzy girls first – and then when escape proved futile, fought back, numbers dwindle more and so on and so forth, until the predictable ones are left to save themselves and stop the killer, who it seems is named Jesse? Ooh, frightening.

In spite of its dire lack of originality, there’s still some good stuff going on here. Bad-ass opening credits come with a mock ki-ki-ki-ma-ma-ma sound effect; The murder in the truck is well done and quite brutal; And you can’t help but laugh as a girl wanders about the trees yelling ‘Nacho’ over and over. Plus clocking in at 77 minutes means it doesn’t get boring. 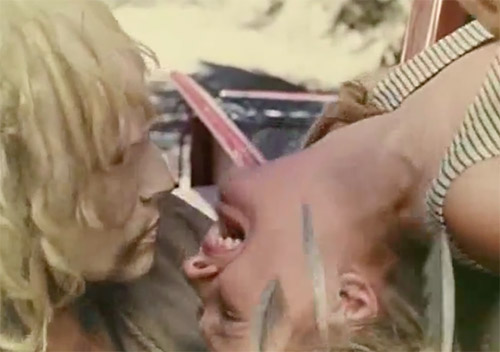 I doubt I’ll remember much of this one in a decade, but as far as pass-time A-Teamy Mexi-horror goes, this is a fun romp.

tagged with get your own ideas!, hair don'ts, one two Freddy's coming for you..., slasher, the 80s