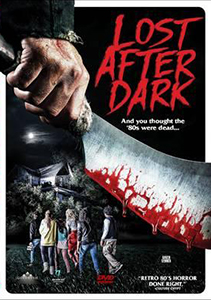 Laughter Lines: “I don’t wanna be eaten by a cannonball!”

House of the Devil, The Sleeper, and (slightly less notably) Frat House Massacre are all recent films that have gone all out to pass themselves off as sort of ‘lost gems’ of the 1980s. As a possible reaction to the tidal wave of glossy remakes in the 2000s, more than a few people were yearning for the simpler days of horror: No cellphones, big hair, bad fashion, straight-forward plotting.

In the latest back-to-basics slasher film, eight high-schoolers skip out on a dance, steal a schoolbus, and set off to the forest cabin owned by good girl Adrienne’s dad. Sucks to be them when the bus runs out of gas on a lonely road and the nearest house is inhabited by the last surviving member of a cannibalistic family.

After that, expeditions to look for gasoline, food, candles etc, are scuppered by the hungry loon, who succeeds in taking them out one by one by pick-axe, pitchfork, and various other deadly implements. 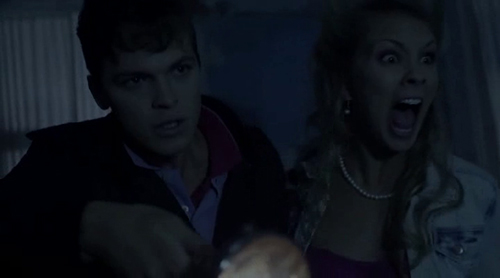 Initially, Lost After Dark tries a little too hard to pass itself off as a product of 1984, with selected music, garments, cars, a Rubik’s Cube, and references to of-the-time TV shows and stuff coming from everywhere. Not to mention the characters are each named after directors and starlets from the creme of the 70s and 80s teen horror wagon. This becomes a little try-hard and distracting, but is soon forgotten once the action starts and, convincingly retro or not, offers up a few genuinely tense scenes – the best of which involving one character stuck in the basement with the killer.

A ‘missing reel’ gag also feels out of place, something more suited to a cheapo 70s grindhouse film than a mid-80s B-movie, although it later reveals itself to be nothing more than a cunning plot device.

Although eyebrow shaping, body types, tiny nuances of movement and speech can never be rewound sufficiently enough to totally fool the viewer, the bigger picture is good enough on its own, with elements of Hell Night and even House of Death at play, as well as the intended Camp Crystal Lake elements – a full moon, creepy woods, dark outbuildings.

Lost After Dark provides a sandbox of slasher simplicity to play in, and makes some good shapes out of the clichés it has at hand, improving as it goes once we’re down to the one girl remaining (and the best choice for final girl duties). What I didn’t like was the back-filling exposition on behalf of Rick Rosenthal’s sheriff, once all the action was over. This would’ve worked better as a campfire tale or the olde stop-and-ask-directions-from-local exchange. A minor complaint.

There aren’t any complex plot twists, save for a little bit of active misdirection as to who will survive; It plays out like it could have come from the golden age of the genre, although any number of internet cry babies are quick to point out the lack of nudity, while singing from the rooftops how well acquainted they are with the genre, seemingly forgetting that boobs really weren’t in every 80s slasher film to begin with. Seems as though every horror fan thinks they can do better, yet cannibalizes the attempts of fellow horror fans who actually go and do it! Rant over. 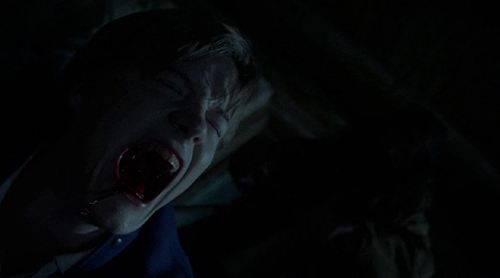 In order to enjoy any slasher film, it’s best to go in expecting little and be pleasantly surprised, which pays off in this case. By some margin the best “new” slasher film I’ve seen in some while.