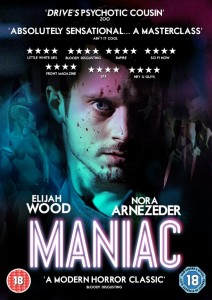 “I told you not to go out tonight.”

In music, if a manufactured pop band covers an old song, it’s almost always written off as crass, commercial, and indicative of no imagination. However, when an established band covers a pop record, it’s all sycophancy and fawning.

The same could be said for film. In horror, much critique has been levelled at the cash-ins such as the Nightmare on Elm Street remake, that of The Fog, Prom Night, When a Stranger Calls and all manner of old titles that carry a certain pull.

Maniac is a remake of the 1980 sleaze-fest created by William Lustig (later of Maniac Cop), who also produced this do-over alongside Alexandre Aja, whose hardly-very-original-but-awesome Haute Tension should’ve made him a horror director to be reckoned with. Instead, it seems all that’s landed on Aja’s plate have been gored-up remakes of The Hills Have Eyes and Piranha, neither of which were able to hold a candle to the originals. So, is Aja the good band supplying a lauded cover version?

In a way, yes. Maniac 2012 is merely a well-dressed (as a mannequin) sleaze-fest that happens to dupe the audience with its 95% POV mechanics and a very famous actor in the title role. 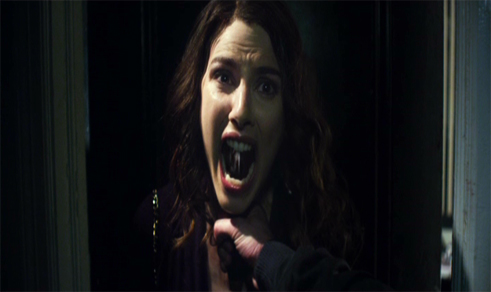 Elijah Wood, possibly affected by a ring he came into contact with, takes Joe Spinell’s place as Frank Zito, withdrawn, slightly cuckoo mannequin refurbisher who likes to stalk and scalp young women, sticking their hair to his mannequins for companionship. It’s all hooker-mommy’s fault, flashbacks would have us believe.

He meets breath-of-fresh-air photographer Anna, who is seemingly different to the parade of short-shorts wearing barflies he likes to murder. But no serial killer can keep their true self under wraps forever and Anna eventually finds herself running for her life.

Feminists would have a field day picking Maniac apart. Question is, do they have grounds? As a remake of a pretty undeniably grim exercise in misogyny, albeit a cheesy one, Maniac can’t be totally blamed for its opus, however where the old film at least featured a couple of male victims in the mix (including that infamous exploding head), save for a camp, gay neighour who gets in the way, all the victims are exclusively females, most of whom are viewed in a state of undress at some juncture. 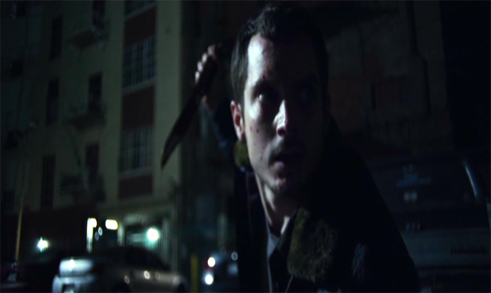 The women are non-dimensional exhibits, much like the mannequins, and Frank is seemingly unable to tell the two apart. One is sexually aggressive and, if you like to read the IMDb message boards, “gets what she deserves”, while another is chased through the world’s most deserted subway station and, when reaching the street, goes straight down a creepy alleyway to a fenced in car park! A third is dismissive of Frank at an art show.

So they’re largely examples of women incel-types love to hate, juxtaposed against Anna’s pretty, simple existence as a thing of beauty and kindness. It’s a dodgy line to walk and it’s telling that the film producers seemed to understand this too as the only time the camera comes away from being Frank’s eyes is when he’s slashing a victim to death. Only then does the audience become witness rather than killer.

This ‘forced identification’ is divisive. Some will find it uncomfortable to ‘be’ the killer where others agree with his policies. While POV shots were the staple of early slasher films, they were also a tool of other characters, usually the final girl, to ‘see the killer back’ and challenge him. 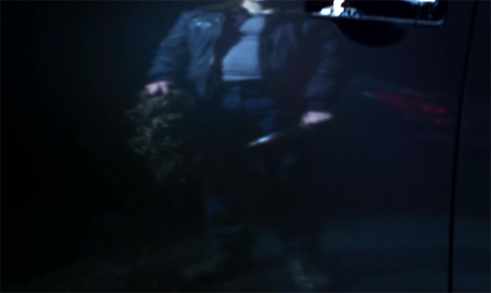 So why 2.5 stars? Maniac is beautifully and cleverly shot. Scenes in which we’d expect to see a camera glaring back at us in a reflection are about the only times we see Frank’s twitchy face. But this has been done before in 2001’s dreary slasher Alone, so it’s not exactly groundbreaking. Wood is great in the role, nothing like the slobbering psychopath Spinell was, and thus more likely to get some of these girls alone in a pseudo-Bundy harmless charm offensive.

That’s more or less where its list of attributes stop. As pretty as this cover version is to look at, it lacks any sense of involvement (unless you’ve recently done very well on The Psychopath Test) or idealism. The city is unpleasant, the victims not exactly sympathetic creatures, and the coda merely a straight-up Xerox of the old film.

Like almost any cover version, it’s the one that got there first that’s usually remembered for a reason.

Blurbs-of-interest: America Olivo was in the Friday the 13th remake and also Circle; Liane Balaban was in The Wisher.