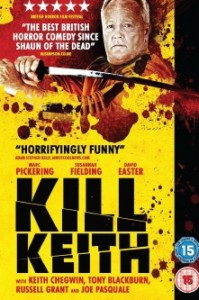 Dire-logue: “I shall be introducing a new man into the Crack of Dawn - it’s a big hole to fill.”

Put simply, if you’re not British, you won’t understand a damn thing that’s going on in this comic slasher film that starts off as a funny send-up of the TV:AM scene but soon descends into weirdness before it becomes simply annoying. And has nothing to do with Kill Bill.

Breakfast TV show Crack of Dawn - presented by pretty Dawn (Fielding) and her slimy co-host Cliff (Easter) – is kissing goodbye to the male half of the presenting team and the shortlist of ‘celebrity’ replacements (due to be announced on Halloween) is being hunted down and killed by a psycho called the Breakfast Cereal Killer by the press.

Studio runner Danny aspires to be a presenter but is thwarted every time by Cliff, his own stupidity, or the presence of the mystery loon who begins by doing away with the producer before targeting the prospective replacements: ancient radio DJ Tony Blackburn, squeaky-voiced comedian Joe Pasquale, camp astrologer Russell Grant, and titular on-the-road co-host Keith ‘Cheggers’ Chegwin. All want the job, all are under threat. …Or are they?

Despite having the presence of the real Blackburn on set, he is curiously referenced to as a lookalike for a much younger actor in a dizzyingly extraneous tangent, which is never fully explained (this is one of the annoying factors). Elsewhere, post-Shaun of the Dead style comedy is at the core of things, though much of it sadly misfires.

A few lip-curling jokes at the expense of the morning television industry (and its IQ-challenged audience) provide some laughs; the multiple choice questions that nobody can get right (“What would you find on a bookshelf?”) and an ongoing series of pokes at the name of the show/hostess. But the superfluous avenues, dream and fantasy sequences only serve to highlight how little is actually going on.

Chegwin himself happily pokes fun at himself but he’s underused and the conclusion is a real flatliner that leaves several questions unanswered. A few more bodies needed to drop and some more explanations added could’ve made a real difference. Or if Richard and Judy actually HAD met Saw. 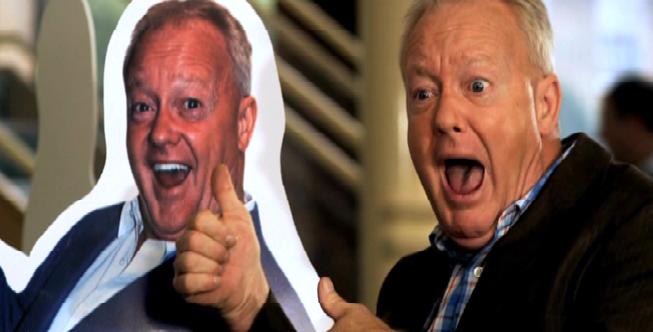 Blurb-of-interest: Pickering was in Sleepy Hollow.

tagged with after they were famous, Halloween, Rule Brittania!, slasher, star power