As I type, 40 years ago they were likely coming to the end of the Friday the 13th Part 2 shoot and during post-production and MPAA back-and-forths, much of Carl Fullerton’s marvellous FX work would be scissored from the movie, seemingly forever.

VHS came and went, with a much-seen shot of this absent gorefest on the back of the box of a European release. I first saw the film in the summer of 1996 and was curiously disappointed about its omission. When DVD came along and several insert shots in some of the later films were restored, we all hoped Part 2‘s shish-ke-bob impalement kill of Jeff and Sandra would show up. Nuh-uh. 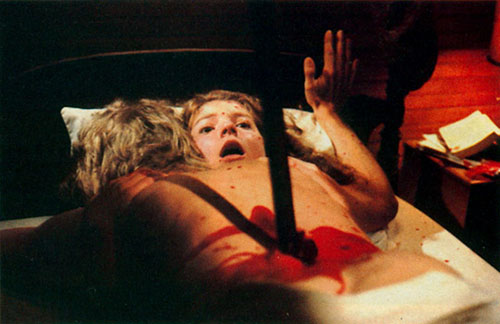 Interwebz rumours had long pointed towards Fullerton possessing the footage and I’ve seen countless petitions and campaigns over the years to try and locate it to no avail.

And then came Scream Factory.

What my friend Ross correctly dubbed ‘the last word’ on the franchise sees all 12 movies together for the first time in one cutely decorated box, 16 discs in all, confined only to Region-A Blu Ray. 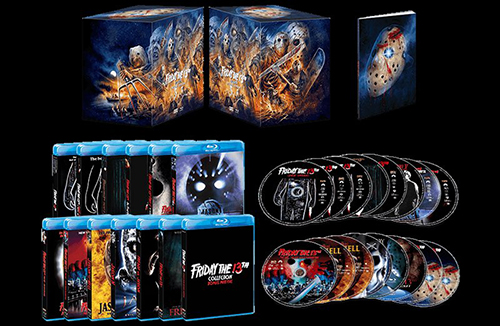 So I bought a multi region Blu Ray player.

Amazon Canada were doing the sweetest deal, but then suddenly the page said they couldn’t/wouldn’t ship to Europe. Amazon US were charging more but there were no shipping issues it seemed, just a long-ass wait for Jason’s TransAtlantic voyage (not via the Lazarus), but eventually a 2-day wait from a UK-based eBayer had the box turn up on Saturday morning at 9am.

I rugby dived to the player, dog crazily running around hoping the big box contained biscuits or tennis balls, and in went Part 2. Of course, the player revved up like some Lovecraftian God awakened from centuries of slumber; the TV kept telling me the remote was now usable for the player as well; the don’t-copy-this-disc warning seemed to remain on screen for hours.

But there it was, on the extras menu: Slashed scenes.

A mere song-length of extended and unseen takes from my favourite slasher movie of all time unfurled before my hazy morning eyes.

But the reason I signed on for all this madness, ordered the damn thing three times, and have become a Blu Ray lackie: Jeff and Sandra.

Maybe it’s my age, but compared to the other scenes, this is the only one I think was a real loss for the movie, an actual robbery of essential content, unlike slightly longer shots of the other denouements, the entire removal of what happens to them subtracted a lot of power from the scenario.

It lasts longer than I thought, comprising several shots as they writhe silently (no sound made it for any of the footage) and Jason grinds the spear through them in an almost humiliating demise.

I was 2 when this was shot. I’m 42 now. Thank you Scream Factory. It was worth the wait. 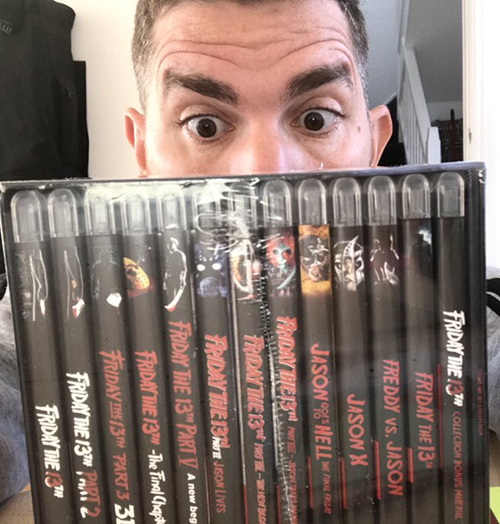 tagged with Friday the 13th, gore o'clock, I love Jason