Hole in your soul 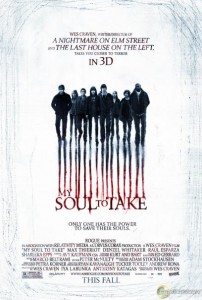 MY SOUL TO TAKE

“Only one has the power to save their souls.”

Dire-logue: “If things get too hot, turn up the prayer conditioning.”

Unaninmously slated upon its US release in October 2010, Wes Craven’s first written and directed horror flick since New Nightmare holds the rather prickly honor of having the lowest grossing opening weekend for a 3D movie to date.

But then, by that October, there was barely a cinema on the planet that didn’t have at least one 3D feature playing at any given time. Piranha 3D didn’t rake in the wads that they expected and for reasons unknown, My Soul to Take was stuffed into the post-production 3D-ifying machine seemingly to bolster its chances of doing any business.

Time was, Wes Craven’s name attached should get bums on seats but the last Scream flick was a decade earlier (the fourth movie’s imminence notwithstanding) and remember if you will the mess that was Cursed? His last semi-successful output was 2005’s Red Eye, which was a pretty good distraction, if barely a horror film at all. So what went askew with My Soul to Take? 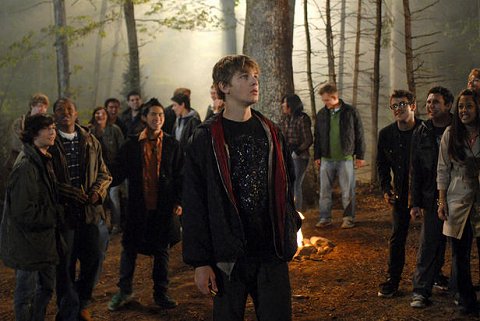 The story goes like a combo of Elm Street and 1989’s clunky Shocker: in the small township of Riverton, a family man has a schzoid-psychotic break and discovers he is the Riverton Ripper, the serial killer who has been terrorising the locale of late. He flips, slays his pregnant wife and is gunned down by the cops but won’t seem to die. In a true Halloween 4-style ambulance crash, his body disappears into the (Riverton?) river and is never seen again. Simultaneously, six women in the town go into labour – hmmm.

Sixteen years later, a group of kids known as The Riverton Seven who were all born that night gather for Ripper Day, an annual sorta rite-of-passage event. One of the kids was predictably born to the Ripper’s dead wife and seems to have inherited dad’s schizophrenia and so could just be the one who starts knocking off the others throughout the course of the day.

In the first instance, My Soul to Take plays out like any other slasher flick: we meet the meat: five boys and two girls who all turn sixteen together. Bug is instantly singled out as the lead, a quirky brooding sort who has a history of mental unbalance but is strangely the object of lust for several girls at school, including his two female birth-mates, devout Christian Penelope (who can sense something bad coming) and valley girl-lite Brittany, who bows to every command of the school Queen Bee, Fang. There’s also jock bully Brandon, token Asian Jay, blind black guy Jerome and Bug’s bestie Alex.

The high school melodrama is entertainingly surreal: Fang dictates almost everything, from who gets hit and how hard to who her following of airhead girls can and can’t have the hots for. And Bug is off the list.

There’s an amusing show-and-tell scene where Bug and Alex present a piece on the Great American Condor and get some semblance of revenge on Brandon and then things shift into horror gear proper as the teens start piling up dead, stalked and offed by a loon dressed as the Riverton Ripper (mangy coat, plastic mask and dread-like hair) who eventually decides to pay a visit to Bug’s place.

Considering the film nearly reaches two hours, it’s amazing how few scenes there are: after it gets going, we jump from murder to murder for a time and then everything else occurs at Bug’s house, where a midriff revelation about his and Fang’s relationship opens up some questions about the past before we find out just who is possessed by the Ripper’s vengeful spirit.

Up until this point, I was wondering why everyone viewed My Soul to Take so harshly. Then came the ending. I’m not sure I’ve ever experienced such a flaccid, rookie climax as this – it just…happens. Craven didn’t put the strongest finale on Elm Street and I’ve never minded that but it’s as if he got to the last page of the script and thought “bollocks! I’ve completely forgotten to think up an ending for this!” and just grabbed the nearest feasible character to make the possessee. 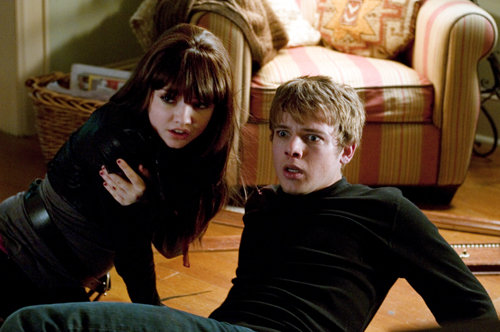 The gravity of how flat the ending is easily robs a star from the rating but even so, Craven’s direction feels restrained and almost pedestrian when we’re all too aware of what he’s capable of achieving on a tight budget. The film looks better than most but there’s nothing – visually or scripted – that has his stamp on it and some of the characterisations leave a lot to be desired.

Curiously, the most intriguing character is Penelope, who speaks to God as if he’s beside her and has some idea of the storm that’s coming and yet she’s rather heartlessly killed off early on. It would’ve been easy to turn her into a parody of the middle-American religious zealot but Craven succeeds in drawing out her personality, which is probably the most appealing on show, but then elects bitchy Fang as a sort of secondary hero? What gives, Wes?

Elementally, a frustrating film that seems to have arrived about fifteen years too late and a bit of a bum note for Craven, although not as dire as many have cited.

Blurbs-of-interest: Frank Grillo was in iMurders; Harris Yulin was in the Elm Street cash-in Bad Dreams; Music was by Marco Beltrami, who worked on all three Scream movies. Craven’s other slasher flicks include The Hills Have Eyes Part II and Deadly Blessing.

tagged with death on campus, one two Freddy's coming for you..., slasher, threee-deee, weird-ass twist, what the hell!?