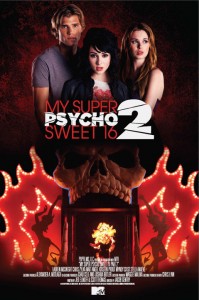 Picking up just days after the end of the first film, where masked loon Lord of the Rink slashed up vile, ungrateful teenagers, his daughter, Skye Rotter, has fled town and tracked down her mother for sanctuary, where she meets her half-sister Alex, who is being used by a bitchy high schooler – Zoe – who wants to throw a huge party, drink, and do drugs.

Meanwhile, Skye’s boyfriend Brigg and dorky best friend Derek are trying to find out where she is and the cops are also looking for her after her father evaded capture and has, of course, followed Skye – who conveniently is turning 16 that very day! – to her new abode to kill various bystanders, crash the party and reunite the family.

Part 2 is notably more subtle than the first film. There’s no MTV show to parody as such, so it plays like a rather standard sequel with the bonus of getting most of the surviving cast members back. There are some interesting ideas and, like before, production qualities are nicely taken care of, though it plays like one of those 90s stalker films that sprung up off the back of Sleeping with the Enemy and its ilk, distant relatives of the slasher film. 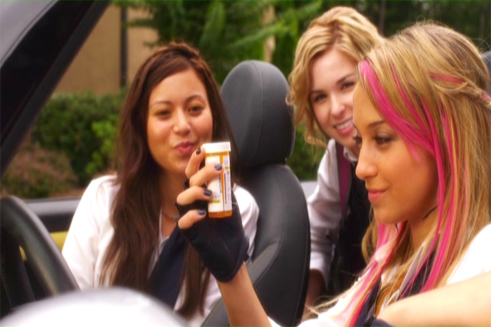 The new trifecta of nasty girls up for the chop

A few good murders ensue: A girl gets an electric knife in the back of the head whilst making out with an annoying teenage boy, and a nasty girl is immolated inside a giant stripper cake. Characters this time around are even more repugnant: Derek’s girlfriend, especially, is a one-note jealous cow and, as before, everything is blamed on the females in a finale where Skye, Alex and their mother confront the Lord of the Rink.

And why does he care so much anyway? Skye was the one who squealed him up in the first place!

Though, how Skye left Madison (who appears in a dream cameo) for dead at the end of the first film brings up an interesting possibility with regards to her own sanity when she threatens Zoe in a particularly effective scene that shows McKnight’s considerable acting muscle, then the film flips that with an ending that looks like it’s going to neatly set up things for My Super Psycho Sweet 16 Part 3. 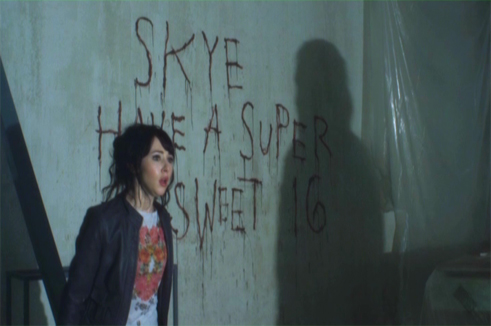 The high school memorial service that opens the film is good, one of those scenes that you don’t often see in horror sequels, and McKnight acts her pants off as secretive final girl Skye, while Maeve is a convincing calculating bitch, though her eventual demise is somewhat contrived, as Charlie Rotter appears quite scattergun in his choice of teen victims this time around.

A minor step down from the heights of the first film, but a solid follow up and better than the rather lacklustre third entry.