You can’t choose your family 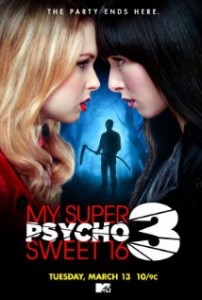 Laughter Lines: “Yeah and one time [he] killed a bunch of camp counsellors with a machete.”

Poor Skye Rotter… Her teen-slashing father first offed various patrons of the the local rollerdome, then crashed the Sweet 16 of spoiled bitch Madison Penrose and killed several guests, then stalked Skye to her mother’s place and killed yet more teenagers at a party hosted by Skye’s half sister Alex.

Two years later, Skye is about to leave for college and catches a ride with kooky art student Sienna, when she is called by Alex, who hasn’t returned any calls in the interim, and agrees to swing by on route, which happens to coincide with Alex’s birthday… How old might she be?

A handful of Alex’s new friends prove to be just as condescending and unpleasant as those at previous parties and though both Skye and Sienna are desperate to hit the road, a loon with a Charlie Rotter fixation soon crashes the event and begins trimming the guest list using garden lights, nail guns, and car hoods. 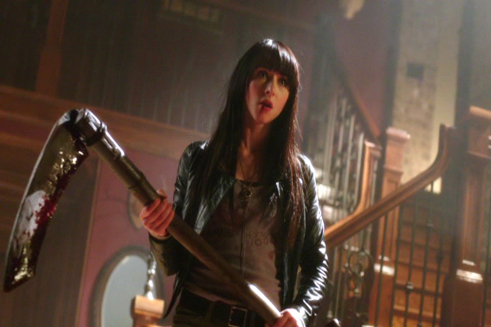 There are echoes of both Slumber Party Massacre III and that fantabulous scene from the end of Happy Birthday to Me that creep into proceedings plus the sour impression of that awful April Fool’s Day remake, but given the last scene of Part 2, you’d have thought/hoped that the writers would pack the final movie with a decent sucker punch of a twist.

Instead, what’s going on is painfully obvious. The obsessed killer is revealed far too early, sucking a whole garbage bag fulla tension out of what’s left, but then the predictable caveat is plopped on top of the cake, it 100% flatlines there and then, castrated by its own appearance, and rendering the last third of the film a through-the-motions affair.

Some amusing and decent moments are still injected: One not-quite-dead victim staggering back to the house and Skye’s Ripley-channeling kick-assery, plus when one victim successfully contacts the cops, she’s met with a bored operator who doesn’t believe her and threatens to send a squad car to teach her a lesson: “Awesome! Yes – do that! Arrest my ass, but just get someone out here now!” 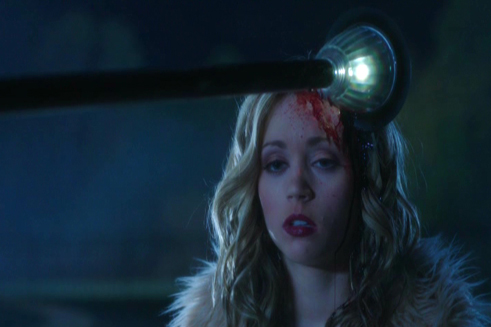 From Zylka’s two minutes of screen time to McKnight’s slightly tired showing, I imagine any attempt at a Part 4 will require a whole new story and a sushi-cake sized dose of enthusiasm, otherwise this is a damp-squib ending to a fairly enjoyable little teenie-kill series.