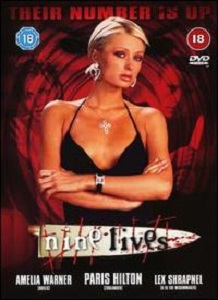 “Their number is up.”

Laughter Lines: “Tim wouldn’t turn into a psycho killer over a bobble hat!”

I don’t really do patriotism. In fact, given my nation’s rather humiliating stance when it comes to tourism, football hooliganism, and more recently this Brexit idiocy, I’ve taken to adopting a foreign accent rather than be identified as English. SPOILERS follow.

Anyway, this slack possession-slasher gathers nine ex-public school friends at a remote Scottish mansion for a birthday celebration and soon fall victim to an English-hating spirit, who possesses members of the group to kill one another.

Suffice to say, without Paris Hilton’s involvement – she stretches herself to play a shallow American valley-girl – it would likely never have seen the light of day at all. The spirit is clearly so focused, it kills her first!?

Although proceedings start off okay, with some creepy ghost action – rapping noises coming from an empty hall etc – once the first murder is discovered, things fall apart quicker than a Paris Hilton album. And I once listened to one of those. 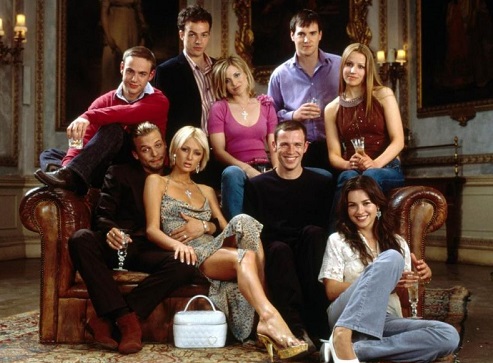 Admit it, you WANT them to die gruesomely.

If you thought Hilton’s acting chops were limited, she’s Oscar worthy when compared to some of her co-stars, who encompass the combined talent of a GCSE drama class. Our heroine, Laura, is unsympathetic, dumb, and downright annoying. It is she who suggests people split up, and who also almost clairvoyantly pinpoints what is going on without a shred of evidence beyond a throwaway conversation she had about existentialism. Nine Lives shouldn’t meddle in such affairs.

Notable only for switching to a final boy once Laura turns the knife on herself to end the terror (yay!). The boy survives because he’s Scottish! Yeah. I know.

The spirit never puts in an appearance, but still gets a credit and by the time you make it to the credits – if you do – you’ll be wanting to gouge your own eyes out.

Blurb-of-interest: We all remember Paris in House of Wax a few years after this tripe.