Regardless of how you look at it, it’s still shit scary. Well…was – it’s been duped to death now, the whole man-wakes-up-after-the-event thing. The Walking Dead just started practically the same.

Anyway, 28 Days Later‘s pant-soiling-scene comes when our recently-awoken hero Jim looks for help and hope at the nearest church but instead finds a pile of bodies and a couple of The Infected, who were peacefully dozing until he hollered, thus resulting in a super-eerie moment when what looks to Jim like other people is evidently anything but… 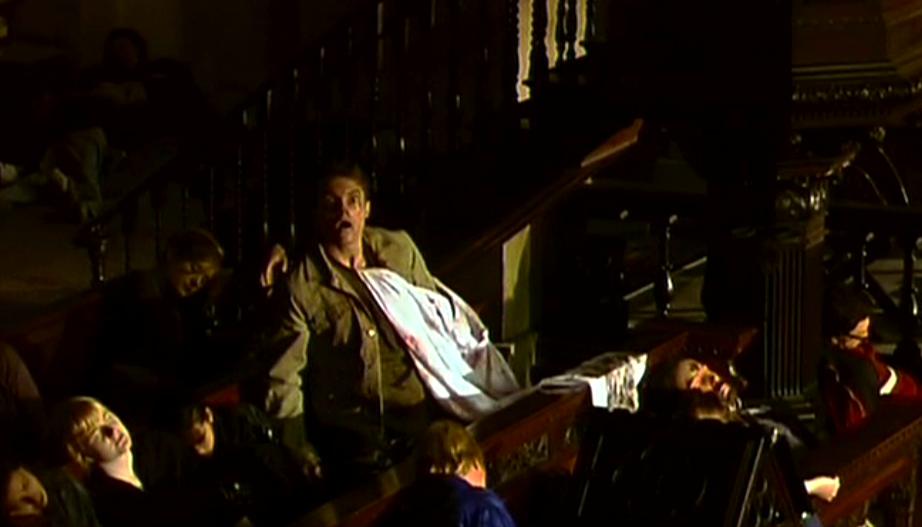 Although why Mr Infected has a sheet tucked into his collar like some massive napkin is a mystery… Dining in?