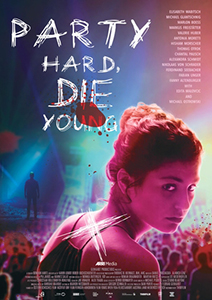 “Are you ready for your last dance?”

I watched this German-language Austrian film, shot in Croatia, dubbed into Spanish, which I can read and speak acceptably, but am slow translating aurally, due to the tempo at which it’s spoken. So, here I was comprehending what was happening in any given scene about halfway through the next scene. Loco.

From what I could discern, a group of recently graduated friends head to a hedonistic Croatian party island where they’re cordially invited to a huge party – all lasers, EDM, and drunken fools.

Main-girl Julia does not want to tell her bestie, Jessica, that they’ll actually not be rooming together next year, as she’s going to another college. When that secret tumbles out, Jessica storms off, never to be seen again. Julia later receives a text message with a photo of Jessica crossed out. 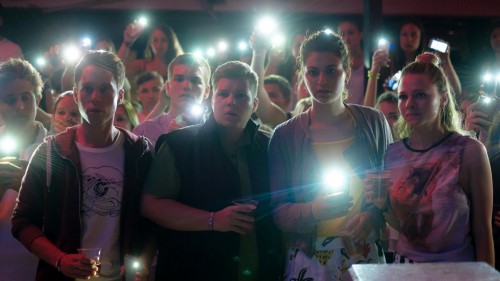 As ever in these things, the others buy the dud message that Jessica’s partying elsewhere and continue their good time, until another girl meets a nasty end – but was it an accident or something more sinister? Another dude bids adieu stating he’s leaving early but ends up getting a bottle forced down his throat.

And so on and so forth. The remaining girls figure out that it has something to do with an old classmate, Anna, who committed suicide sometime after a party they were all at together. Red-herrings come and go, but with the language barrier and an excessively large central cast who are indistinguishable at best, it became difficult to track who trusted who.

Eventually, the final few are captured and the past sin revealed, which involved a game of spin the bottle and, I gathered, a possible sexual assault. The killer makes them play, Julia saves the day, blah blah blah. 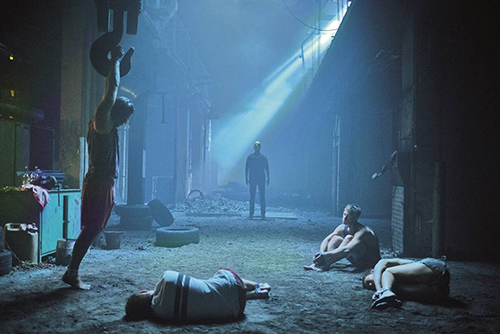 Regrettably, too many of the characters survive. Given the group numbers eight-to-twelve at its peak, only four of them are actually murdered – three girls and one guy, leaving the douchiest boys intact (though embarrassed by what happened with the bottle), even though they are the ones mostly responsible for Anna’s suicide it would seem.

Some cool visuals at the party, a cute scene when the plus-size girl goes for it, and Croatian backdrops help, but the story seems to take a backseat and wimps out where it counts the most.