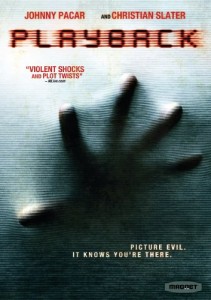 Michael A. Nickles made a good little B-slasher XII a few years ago, which was written around some of the usual pitfalls of the genre, so I was excited about his next project.

Thus it makes me a little sad to report that, while working with what appears to be a bigger budget has made a handsome looking film, Playback sort of cruises down a dead end alley and traps itself at the end, unable to reverse or make a U-turn.

In a small Michigan town in October 1994, Harlan Diehl murdered his family and filmed the whole process on a camcorder. Fifteen years later, high school journo student Julian begins a project on the killings with his gaggle of teen friends. In any straight-down-the-line slasher film, a mystery killer would start doing in all those involved, but Playback isn’t your vanilla flavoured dead teenager movie.

It’s a bit difficult trying to explain on what basis the horror works in Playback, the main problem I had with it is that not a whole lot is explained. Julian asks grimy-brooder-type friend Quinn for some old news footage from the murders and he is sort of ‘infected’ by the tape, kills his annoying work colleague, and then begins spreading the infection to the other teens, who then either kill each other or become obedient zombies to his will. 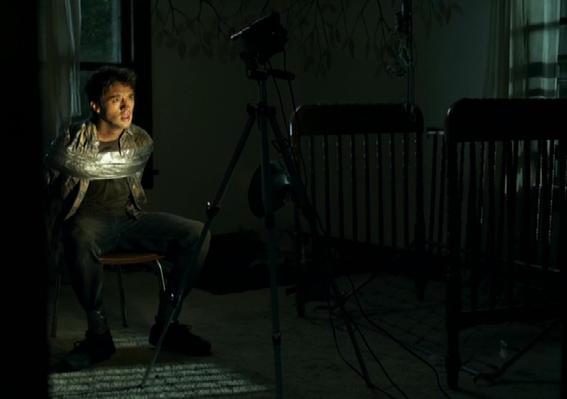 Christian Slater is a sleazy local cop, who buys hidden camera footage of girls in the school locker room from Quinn or in exchange for Harlan Diehl’s original first person footage. Because of some theory concerning the first motion film ever produced, the devil, and ancestry, Quinn / Harlan wants to find out what became of the baby who ‘survived’ the massacre. It’s fairly obvious who it turns to have grown up to be.

Characters, motivations, and acting are all good. Nickles wrings some interesting attributes out of the cast over the short running time; Slater’s corrupt horndog cop and Jennifer Missoni’s goody-goody Lea Michele-a-like (Slater’s primary voyeur-vic) are deeper than the usual body count movie high school populace, though it must be pointed out that a couple of the other teens are nothing more than ye olde sex-centric IQ-vacuums. Teen leads Pacar and Childers are kept within the standard parameters of anodyne teen-dom.

How the video possession schtick works and why is left cloaked in mystery, but things fizzle out with a malleable ending that doesn’t so much conclude as just pause in that flickery way VHS used to when you wanted a decent freeze frame but got sound lines instead. 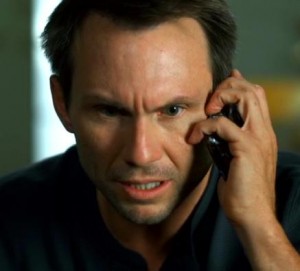 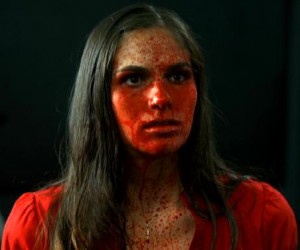 Nickles excels with visual style and character and the ability to skewer accusations of plagiarism: characters name-check The Ring before it can fall off the nearest critic’s lips. It’s just a shame that the story is a bit of a no-through-road.

Blurbs-of-interest: Christian Slater was also in Hollow Man II and Mindhunters; Lisa Todd was in Blood Hook; Mark Metcalf was in The Final Terror.

tagged with after they were famous, Nu-di-ty, slasher, weird-ass twist