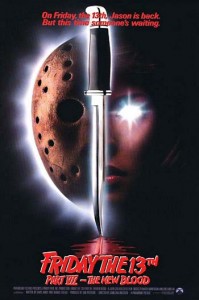 “On Friday the 13th, Jason is back. But this time someone’s waiting.”

It’s important for me to emphasize when reviewing Jason films just how important they were to my transition from aimless dork into slasher flick dork back the 90s – y’know, a decade after everyone else was over it. Friday 7 was the third film of the series that I saw, thanks to a Sky Movies mini-marathon over three nights. At the time I was a bit disappointed (after all the original and the half of Jason Lives I’d seen are both a lot better) but as the years have worn on, I’ve found New Love for New Blood, as you will see…

First though, a quick plot overview: a little girl with telekinetic powers called Tina causes the death of her jar-tapping pop at their summer house on the shores of Crystal Lake. Some years later, the now teenage girl (Lincoln) and her frizzy-haired mom return to the house with sleazy shrink Kiser to ‘get to the route of’ Tina’s mental problems. 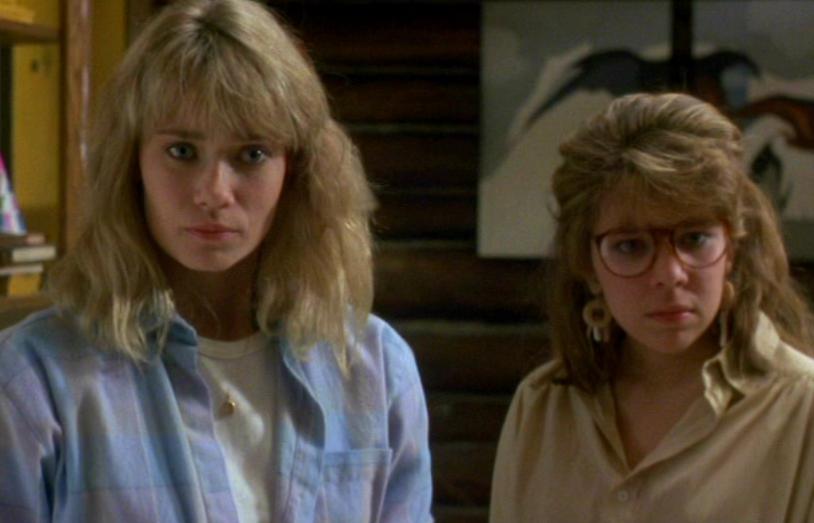 For my squillionth viewing of the film, I decided to take notes as I went. So here, in geek-tastic form, are the highlights of my love affair with The New Blood:

00 min – I love this prologue so much. Best part of the film in many ways. Voiceover by Crazy Ralph… “there’s a legend ’round here…” Good choice clips, slightly off edit during one of Thom Mathews’ lines but otherwise a perfect opener

03 min – what does The New Blood actually mean? 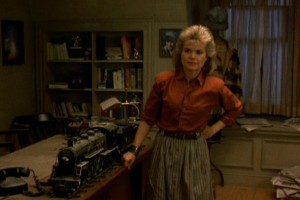 21 min – Starlacon sounds wicked. Though I’m not sure what protozoa is/are 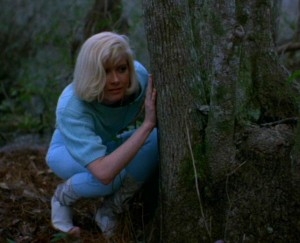 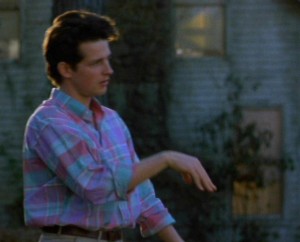 46 min - David was inside the house before – what’s the point of going into the woods, Maddy? Why the hell would David be there?

53 min - how many American teenagers’ last words are “stop screwing around!”

62 min - shadow of the boom guy’s arm in the window’s reflection!!!

63 min - now David is possibly in a closet! What’s with all these chicks looking for him in stupid places? Is he a hide and seek champion or something? 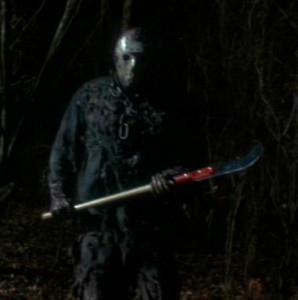 66 min - what is that bladed hockey stick thing for?

69 min - Jason has a lot of time to make repeated returns to the toolshed in this one.

71 min – more running around amongst trees

75 min – Tina could perform top notch furniture deliveries – she could re-style your living room in minutes!

83 min - does nobody bother recovering bodies from the lake?

84 min - uhh…that ambulance looks a lot like a hearse

I have a lot of questions obviously… 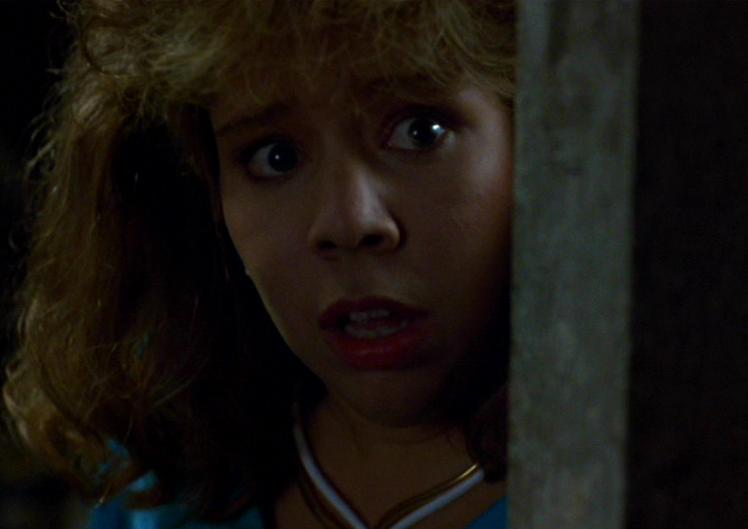 But I truly enjoy this instalment – it tanked a bit and much of the amazing gore was scissored out by our old pals the MPAA – but I really dig some of the characterisations, it’s as if they tried just a little more to carve out a handful of interesting bit-parters.

Maddy, of course, is my choice favourite. Far more supportable than weepy ol’ Tina – she wanted David’s ass big time but got trounced by Robin. Then there’s sci-fi geek Eddie with his B-movie ideas who got manipulated by the evil Melissa, she of steely glares and Hamptons-ready pearl necklaces (“she’s like that with everybody…except boys.”) Finally Nick, the obvious co-survivor who doesn’t get much to do but tag along but does it with an effervescent beauty. Shame Blair and Lincoln didn’t really get along on set.

There are problems; it doesn’t look very summery and the ending is all kinds of desperate but they’d made it to Part VII, man! How much originality or invention can we realistically expect? In truth, the film probably sucks and is direly predictable, but I love it from prologue to creepy ambu-hearse fade. 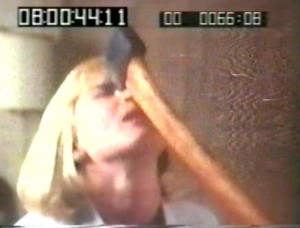 One of many cut frames from Buechler’s workprint footage

Blurbs-of-interest: Buechler has done make-up effects on tons of horror movies and later directed Curse of the 49er, also appearing as an actor in the first two Hatchet movies. Kane Hodder made his first of four appearances as Jason and has turned in cameo appearances in countless genre flicks. Blair had been in The Hills Have Eyes Part II; Terry Kiser was later in Mask Maker; Kaitan was in Silent Night, Deadly Night Part 2 and was the skateboarding chick in Silent Madness; Heidi Kozak was in Slumber Party Massacre II (along with Juliette Cummins); Bill Butler was in Leatherface: Texas Chainsaw Massacre III and later directed Madhouse.

tagged with Friday the 13th, get your own ideas!, hair don'ts, I love Jason, Nu-di-ty, sequel city, slasher, spunky final girl, the 80s