Before you die you see…The Cow 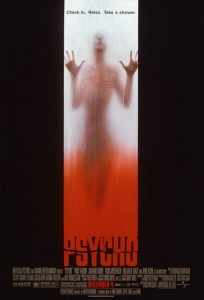 With all the horror community hoo-hah over the endless stream of remakes n’ such ruining our favourite classics, it’s easy to forget that the most classic of classics got refunked back at the arse end of the 90s.

Although calling Psycho ’98 a remake isn’t strictly true, it’s more like a cover version without any stamp of ownership. You know when Simon Cowell drones on about “you made that song your own” (even though they quite clearly bastardized it), Gus Van Sant’s strangely hollow project to simply re-shoot Psycho in colour with very few modifications of era is similarly perplexing. Cowell, of course, would’ve made it into a musical and cast Leona Lewis as Marion Crane so she can keep bleeding, keep, keep bleeding… OK, crap joke. I’ll slap myself in the face with a custard pie for that one. 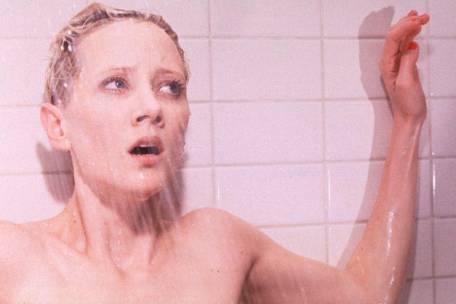 And so it came to be… Various filmians moaned before the project even went into pre-production and now it’s all but forgotten and it’s easy to see why – it’s been asked a gazillion times but, Mr VS – what was the point?

Besides being in colour, and updating some dialogue and the amount of money Marion Crane makes off with, Psycho ’98 re-treads the boards down the composition of shots, angles, effects work (Arbogast’s backward tumble down the stairs) and characterisations. All I remember of the “new-ness” was that Norman Bates cracks one out watching Marion take a shower and Julianne Moore utters the batty line “hold on while I get my Walkman,” upon which the audience decided to start laughing.

Curiously, Van Sant adds a surreal little montage right before Marion is stabbed, which, I assume was supposed to represent life flashing before her eyes, which included a cow (or possibly a sheep?) in the road. Whassat about? Did she run it over? Was it a foreshadowing? Is it Psycow?

Otherwise, things otherwise clunk along in a Xerox of 38 years before but the dialogue now sounds out of place (Walkman line excepted) and the almighty cast of players is reduced to imitation rather than expression, making me wonder why any of them would’ve signed up to star in something where there’s so little ‘acting’ for them to do…

Vince Vaughn wasn’t the big star he now is (and possibly now was) back then and does okay with the role but is simply too hulking and broad to play a cross-dressing mama’s boy convincingly. While les hasbian Anne Heche (where’d shego?) is acceptable as Marion and the always lovely Moore is equally fine with being Lila, as is Macy as the detective. Herein lies the blandness of it all – they’re all just fine. Nobody’s gonna win anything for tracing a masterpiece and then painting by numbers. 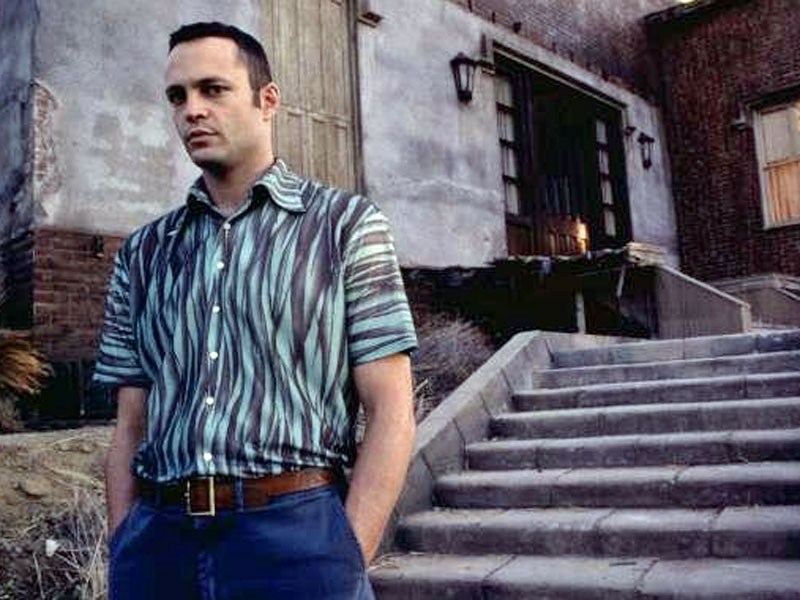 That said, a ‘re-imagining’ would’ve only incited more wrath. I recently read an amusing analogy on the IMDb where somebody wrote: “If I put balls on Grandma, that doesn’t make her a ‘re-imagining’ of Grandpa!” I’m not sure what his point was but the carbon-copying does not make the story any less intriguing – it’s still a good yarn and therefore I award ye, strangely pointless remake, three stars.

Blurbs-of-interest: Heche played Missy in I Know What You Did Last Summer; Viggo Mortensen had been in Leatherface: Texas Chainsaw Massacre III; Robert Forster was also in Uncle Sam and Maniac Cop 3; James Remar (Dexter’s dad!) was in coma-inducing med-stalker Exquisite Tenderness.

tagged with before they were famous, get your own ideas!, remake, slasher, spoilers, star power, yo! Hollywood