Lock the door when you’re on the throne 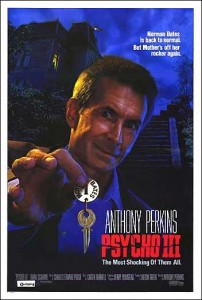 “Norman’s back to normal. But mother’s off her rocker!”

Direlogue: “I must have left the bathroom in a real mess…” / “I’ve seen it worse.”

Back to the Bates Motel for Round III, this time directed by Perkins himself and set a matter of months after the events of Psycho II, which saw Norman bludgeon friendly old waitress – and closet psychette – Mrs Spool to death after she claimed she was his real mother.

The local cops are still looking for Spool, who is placed in her window seat in the Bates house, and bolshy reporter Maxwell has turned up, intent to do a story on Norman about rehabilitated offenders. 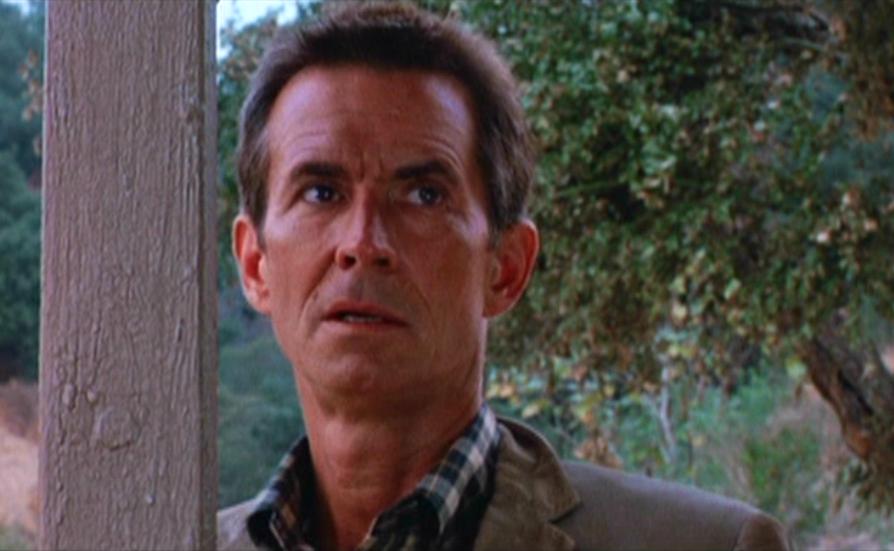 To further complicate matters, a young Novice (Scarwid) comes to the motel after a dramatic crisis of faith caused the death of her Mother Superior – it doesn’t help Norman’s twitchy state of mind that she looks like a doppelganger of Marion Crane…and is called Maureen Coyle!

Mother, of course, takes an instant dislike to Maureen and decides to do away with her, only to find that Maureen has already tried to do away with herself. Saved from suicide, everyone thinks Norman saved a life, with the exception of the nosy reporter chick, who tells all to the Bates Motel’s untrustworthy new assistant manager, Duke (Fahey).

People soon begin to die: Duke’s one-nighter in a phone box recreation of that shower scene and one very unfortunate girl who comes to party with a truckload of college football players who suffers the indignity of getting her throat slashed while on the can!

Nosy reporter chick’s digging on the vanished Mrs Spool soon unearths a connection to Norma Bates and she decides that she needs to get into the Bates house for answers, where we’ll find out once and for all who’s dressed up in a wig, dress and hefty shoes and brandishing a shiny kitchen knife…

…And it’s Norman. But then, who else could it be this time around? There are no other suspects to pick from, unlike Psycho II, which functions more as a mystery. Although this unmasking is both unsurprising and a tad disappointing, it does allow for us to see Norman dressed up as Mom for the first time in 26 years and we get to witness this once in a lifetime expression of insane glee… 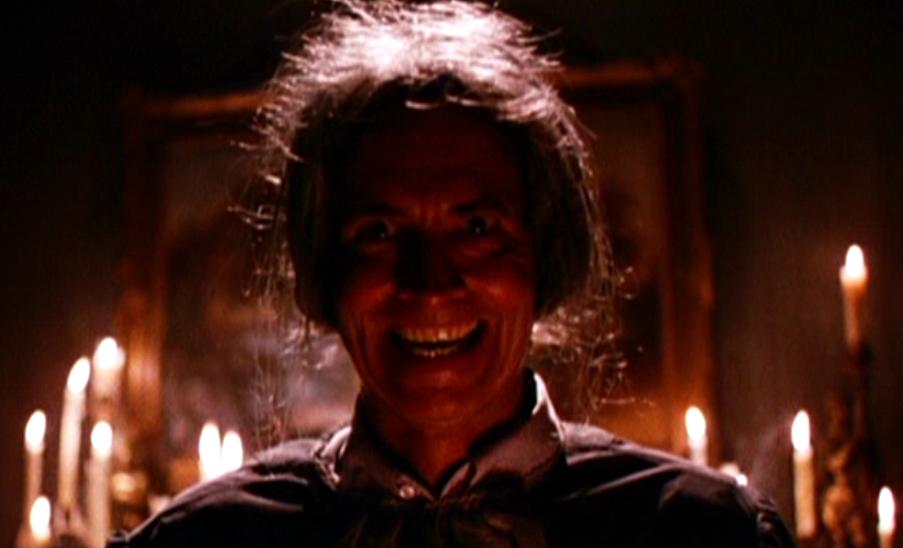 Psycho III is an underrated entry; it’s almost as good as its predecessor and in some ways it’s more fun. At a lean hour and a half, it never becomes tiresome and there’s a defined thread of humour running through it, with some great lines and nods back to the original. Perkins directs more than competently and his cast support him well, with a nice twist on who we expect to become the heroine at the end. Although number four provides some interesting insights, it’d have been better if things were left here.

Blurbs-of-interest: Perkins appeared in Destroyer two years later; Gillin and Browne both returned from Psycho II; Juliette Cummins was Robin in Friday the 13th Part V, Sheila in Slumber Party Massacre II and was also in Deadly Dreams; Jeff Fahey was in Fallen Angels; and most interestingly, Katt Shea – toilet victim – actually directed both Stripped to Kill movies and The Rage: Carrie 2.