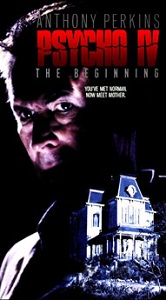 Ignoring parts II and III (dumb, given that IV in the title!?), which he thought had become too dependent on slasher movie conventions, original scribe Joseph Stefano penned this made-for-TV final outing for Anthony Perkins as Norman Bates, and the actor died two years later after his HIV diagnosis during filming.

Late night radio host CCH Pounder (loved her, where did she go??) is hosting a call-in show about matricide, and, listening from home on his birthday, Norman decides to call in with his two cents, identifying himself as Ed in a nod to the Ed Gein origins of the first movie.

This provides us with the platform to flashback across Norm’s life with dear old mom (Hussey), and the events that led to him poisoning her. In short, she was an insufferable cuck who seemed to enjoy trying to arouse him, then feigning disgust at the outcome. Her endless games reinforce his pent up frustrations and eventually lead to him killing her along with her asshole boyfriend. 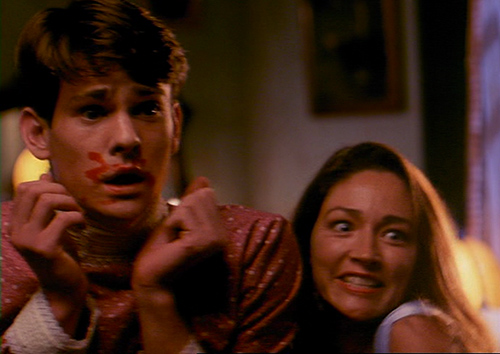 Throughout, the film ping-pongs with the present, where the radio hosts and crew are urgently trying to find out where Norman is these days, as it sounds like he’s planning to kill again, possibly his psyche ward wife, who is pregnant with his child. Norman, fearing the insanity will be inherited, isn’t sure he wants that out in the world.

The TV production values are fine, but the script is slack and the film becomes quite boring after an hour or so, with an especially drawn out ending. Perkins is dependable as ever, with a fine performance from Henry Thomas as his younger self, and Hussey an intriguing choice for the unhinged Norma, which is quite overwrought, but at least not dull. Probably a bit redundant in a world where the Bates Motel series exists.

Blurbs-of-interest: Anthony Perkins was also in Destroyer; Olivia Hussey was Jess in Black Christmas, and is also in Ice Cream Man.