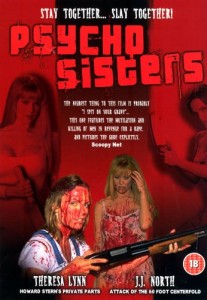 Dire-logue 1: “These bikers have been killing all these kids and sacrificing their dorks to some kind of penis god!”

Dire-logue 2: “Just because I hate men does not mean I wanna munch carpet!”

A man confesses to his Mrs that he once raped somebody so she shoots him and then cuts off his dick before turning the gun on herself.

Their three daughters, Jane, Jackie and Janice, are later gang raped and Janice is killed by one of the assailants, sending her older sisters off to the asylum for X years.

Jane and Jackie are eventually released and pass their time by kidnapping and killing college-age boys and keeping their cocks in jars in a cupboard. All goes well until Jackie begins to develop feelings for some of the captives and, under the advice of the ghost of Janice, decides to give a chance to nice guy Todd, who she meets at the sperm bank where a sign reads: “We’re glad you came.”

Jane is less than happy about this and will do anything to ensure that the sisters who stay together, slay together. Meanwhile, local cops trying to solve the College Boy Slasher case (which, at the beginning of the film has amassed 35 victims!) and a group of greasy bikers are out to avenge the deaths of two of their own. 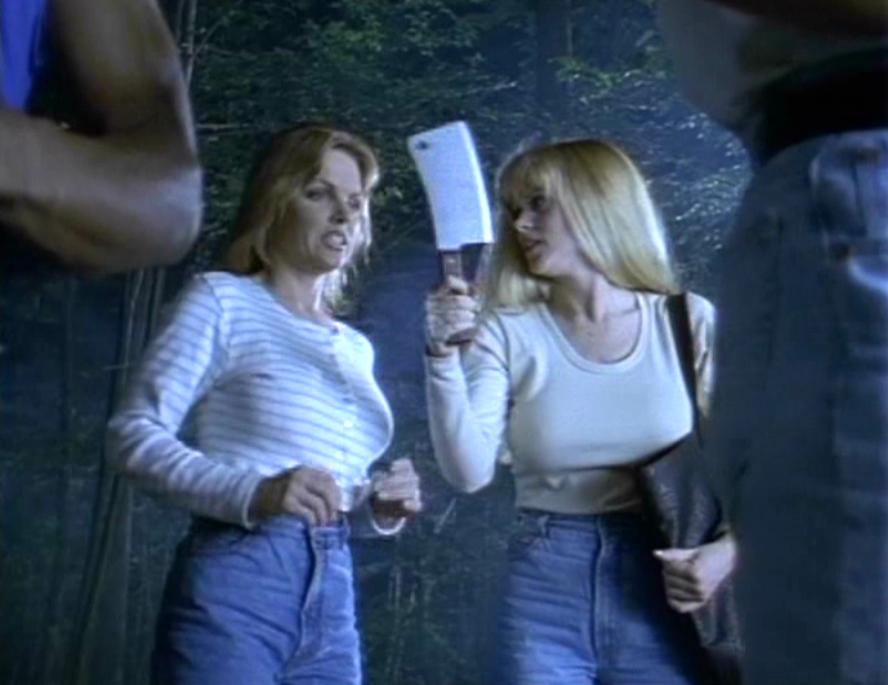 Psycho Sisters is a rubbish film. Really, it sucks some big castrated cock – but I think it knows that. At the beginning I went in under the assumption-slash-fear that it was going to play it straight or attempt to make me laugh with crap Scary Movie-level comedy. Fortunately, it soon became an amusing so-bad-its-good film with the genuinely amusing moments, such as Jane abusing a neighbour who is aroused by being beaten by a woman (“what the hell is wrong with you!?”) and a scene where the girls can’t decide what weapon to pull out of Jane’s handbag to off a couple of horny bikers.

There’s a hack reporter who keeps calling the cops to inform them that they’ve solved the case and it’s the ghost of a sitcom character and Jane’s attempts to get the attention of a victim who can’t hear her are also pretty funny. Meanwhile, the bodycount goes ballistic, with a huge shootout between bikers and cops at the end and a foreseeable but fun twist ending.

Crap film is rarely this funny.