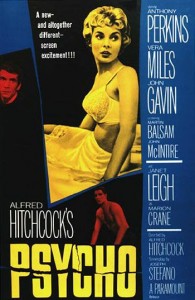 To kill some time while I think about what I might say, here’s the plot-o-matic lowdown: Janet Leigh is Marion Crane, a sexy secretary who, when faced with the option of depositing $40,000 for a client or running off with it to start a new life with her mantoy takes the low road and scarpers, buys a new car and checks into the weatherbeaten Bates Motel late one night. 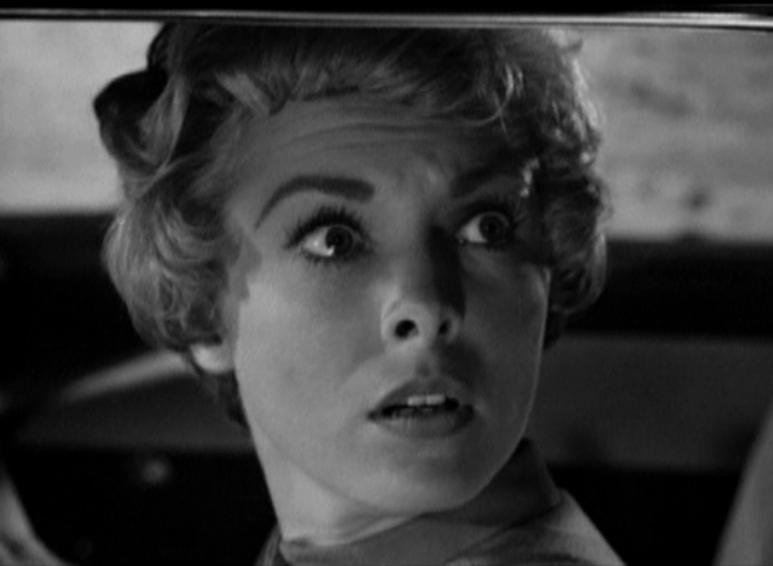 There, she meets the young owner, Norman, who resides in the big old house that overlooks the estate with ‘Mother’, who shouts and screams at the boy. He confides in Marion that he wishes he could escape but is duty bound to stay and run the motel. But there’s something a bit creepy about Norm, with his spyholes and twitchy behaviour…

Said creepiness manifests itself when Marion, having decided to abort her wayward fantasy and return the cash, steps into the shower and finds herself in an up close and personal encounter with Mother, who slices with mean precision. Norman covers up for her, sending the body and Marion’s car to the bottom of the local swamp. Done and dusted. 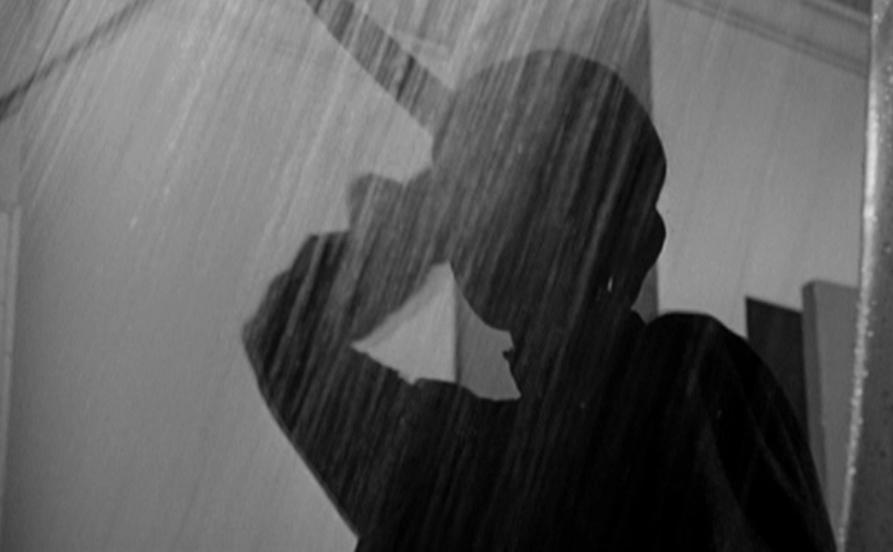 …Until Marion’s sister Lila comes looking for her at the same time as a private detective hired by the victim of the theft, which leads him to the Bates Motel and, ultimately, a similar fate to his quarry.

Lila and Marion’s boyfriend, Sam Loomis, then decide to go looking for the missing detective, Arbogast, at the motel, posing as newlyweds and, while Loomis distracts Norman with chit-chat, Lila sneaks up to the house to interview Mother about what might have become of her sister.

Psycho ends in true slasher movie style, with a big reveal – doubtlessly shocking at the time – and an epilogue to explain the whats and hows for the audience. Needless to say, ‘Mother’ wasn’t all she was talked up to be. 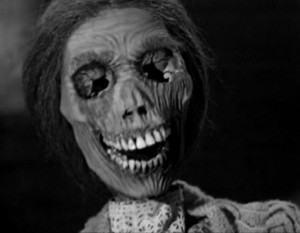 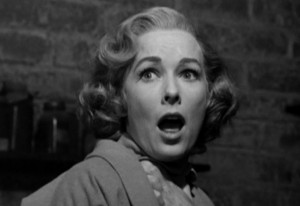 Psycho is a film I don’t watch much, I always think it’ll be boring and slow because of its age but then am always surprised by how fluid and engaging it is, thanks in large part to Hitch’s celebrated auteuristic direction and the performances from the perfect cast. And those strings! Those shrieking strings!

It’s worth remembering – ‘specially for the nippers of the Saw and remake generation – that without Psycho these films wouldn’t exist at all. It was the trailblazer for all manner of loon versus helpless victim films. The shower scene has been replicated hundreds, if not thousands of times and the plot, albeit often compacted into lesser vehicles, is now the accepted standard of the genre:

Victims in peril; unfamiliar surroundings; creepy old house; stalking; slashing; plucky female investigation into underlying secrets with ghastly consequence… Psycho did it all and did it first. 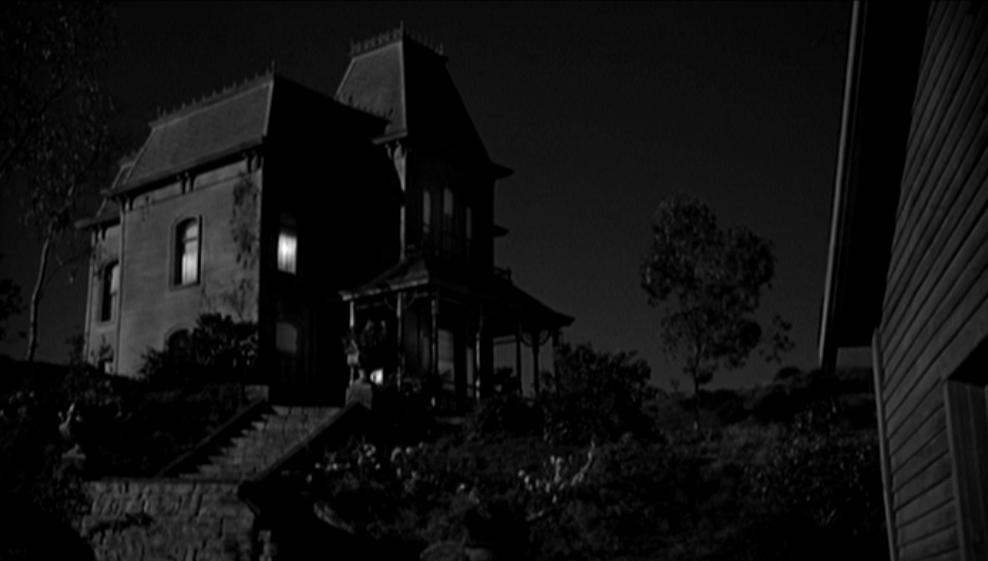 In some ways, it’s strange that it wasn’t really until Halloween that the prototype morphed into the staple sub-genre of the slasher film. Even Black Christmas and The Texas Chain Saw Massacre were made well over a decade afterwards, which raises odd questions about the rest of the 60s, largely filled in by the giallo exports from Europe – why did America take its sweet time fixing the conventions together for Michael and Mrs Voorhees to become the glue that became the superstructure of the slasher flick?

Who knows? Well, some books probably do. As I’m not really ‘into’ giallo and most the pre-Halloween US body count flicks suck harder than a Dyson, I’ve frankly not hiked into this territory out of laziness or, as I prefer to think of it, a brazen preference for the 80s output.

Psycho is not my favourite Hitch movie, that honour belongs to Strangers on a Train and then, possibly, The Birds, but any which way you cut it, it was probably his most important movie when it came to its influence over the future of horror.

Blurbs-of-interest: Perkins reprised his role in all three sequels and was in Destroyer; Vera Miles also returned for 1983’s Psycho II and made The Initiation that same year; Janet Leigh made a cameo in Halloween H20. Martin Balsam played a stock local sheriff in Innocent Prey. Screenwriter Joseph Stefano scribed TV proto-slasher Home for the Holidays in 1972. Gus Van Sant made a strange shot-for-shot colour remake in 1998.

tagged with before they were famous, slasher, spoilers, star power