Hey you…yeah you reading this review of Return to Horror High – before you delve in I’d like to thank you for coming by Vegan Voorhees. Your visit is much appreciated.

Google Analytics tells me how many of you stop by daily and I’d be reeeally happy if some of you could leave a comment here n’ there. No one will get bitten or devoured by piranhas but I’d certainly like some feedback – good or bad – on how things are! 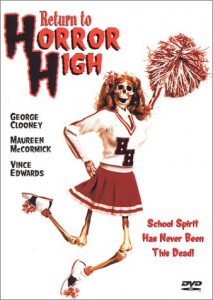 “School spirit has never been this dead.”

Dire-logue: “You’re dead. Dead people have no motivation. They don’t…do…anything.”

I first saw Return to Horror High on a cable channel back in the 90s. I fucking hated it. Hated it with the fire of a thousand suns.

There’s a book called the Pocket Guide to Slasher Movies where the author gave this 5 out of 5 whilst somehow deciding April Fool’s Day was worthy of but one star. Typesetting error? Maybe I just had a stick up my ass about it so a good decade and a half later, I decided to give it another go to see if it still made me want to punch orphans. 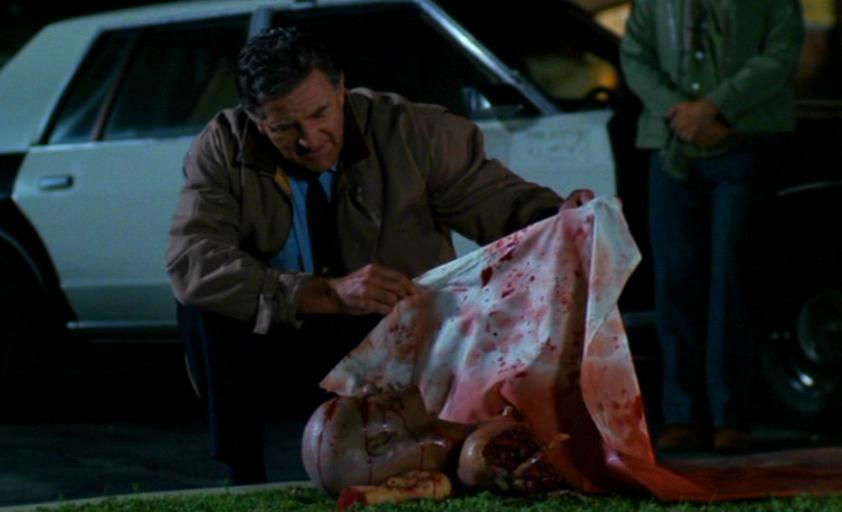 Well, the outcome was slightly more favourable but, essentially, I was right the first time around: Return to Horror High is still a lame ass piece of crap whereas April Fool’s Day undoubtedly rules.

My new viewing did open me up to some “yeah okay”-ness that it’s not a badly made picture by the standards of late-80s and a couple of the gags are funny in light of the post-Scream age that we now live in: Horror High did kinda get there first on a couple of counts. But what still irks me is the story…I mean…what the fuck?

So, scrolling titles tell us that five years earlier some murders plagued Crippen High School. Never solved and the school closed until a film crew turn up to make either a documentary-style thriller or, at the insistence of sleazy producer Rocco, a blood-soaked slasher film with lots of skin. This is all well and good and we all laughed when George Clooney became the first victim but then they decide to start flitting between memories of “what happened” and their filmic interpretations thereof. 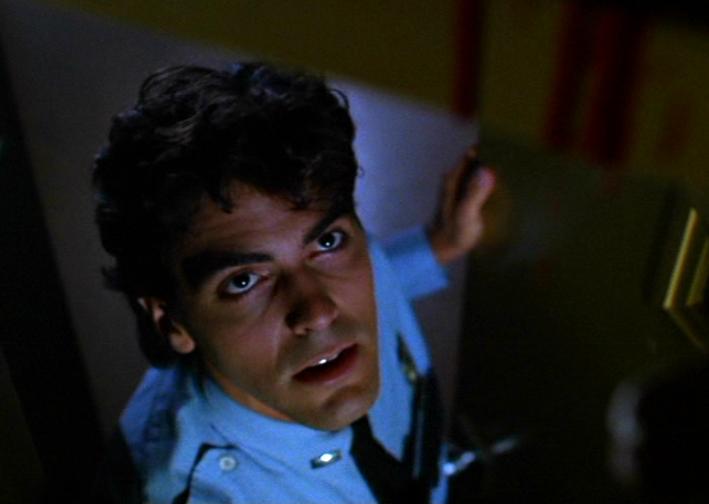 The fact that Lori Lethin plays Callie the actress as well as two teenage girl roles in the film-within-the-film soon becomes more annoying than intriguing. These memories are often punctured by someone shouting ‘cut’ or one of the crew doing something that stops the scene. A clever tactic this might be in competent hands but the unclear switches between them and the ‘aftermath’ where Pepper Martin and Maureen McCormick loiter outside the school amidst a load of bodies under bloody sheets is nauseating when someone who just died is now alive again or there’s a dream within a film within the blah blah fuck.

In a similarly obnoxious twist to the one Cry_Wolf tried to pull years later, all is not what it seems. Is anyone dead? Was the person revealed to be the killer actually the killer at all? About five twists are stacked up ready to go at the end, none of them are particularly clever and all just serve to underscore that the screenwriter in the film probably wasn’t the only one continually churning out random extra scenes that don’t fit together.

I gave it a second chance – I’m done now. 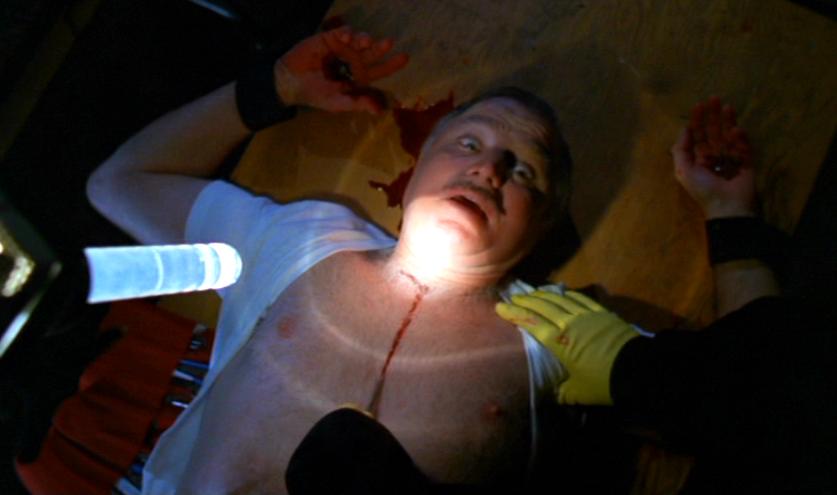 Blurbs-of-shame: Lori Lethin was in both Bloody Birthday and The Prey; Pepper Martin was in Scream (a.k.a. The Outing – 1981); Darcy DeMoss from Friday the 13th Part VI is briefly in a flashback scene as Sherry, the cheerleader being lifted up outside the school. The first assistant director was Rachel Talalay who worked on many of the Elm Street films and directed Freddy’s Dead.

tagged with before they were famous, death on campus, hair don'ts, Nu-di-ty, slasher, spoilers, star power, the 80s, weird-ass twist, who finances this crap!?