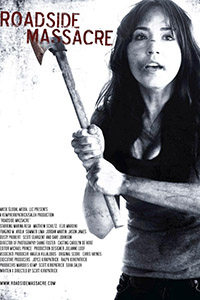 Whilst browsing the horror section at my local HMV a few weeks back I noticed a single DVD tucked almost out of sight: The Texas Roadside Massacre. Groan worthy, isn’t it? Mercifully, it’s just a cheapo regional title to try and push copies in the same way The Asylum releases Transmorphers as the latest Transformers comes out.

First off, it was filmed in California and there’s no mention of it being set anywhere else. No one dons a chainsaw as shown on the artwork below. And another review from the IMDb links states that the site credited with the praise belongs to band Dreadzone, who had a chart hit back in the mid-90s with Little Britain. Nothing about film on their site. Sooooo much fakery, surely the film is alright, eh?

Instead, five teens in a van got stuck in a shitty ass-end town famed for Jimmy’s Rib Shack, where the staff are a bunch of lobotomized teens and it’s obvious what the secret ingredient will turn out to be. Nominal heroine Karen thinks one of the waitresses is her missing sister. A stock obese moron in a butcher’s apron chases and kills some of them, while Karen and a guy looking for his missing brother are captured to be turned into subservient staff members. 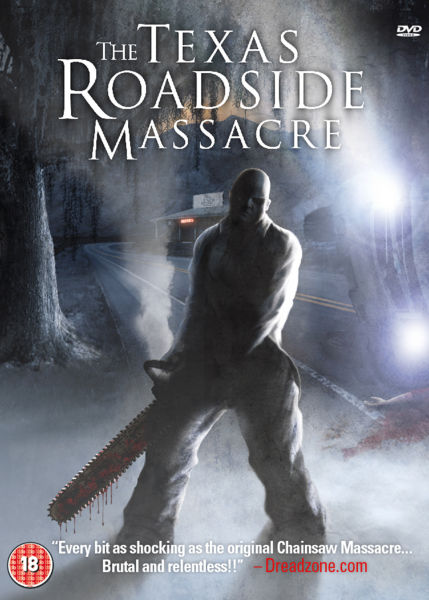 Full of annoying characters that imitate those from more popular films and strange jumps to conclusions: Two teens tell the Sheriff they want to report an act of vandalism and he immediately responds by assuming they’re on drugs. Seconds later, he explains that he will send somebody to collect their stranded friends when they hadn’t even mentioned they were with anybody else.

And that’s about all there is to it. The UK re-titling is the most interesting facet associated with just another low-end Leatherface knock-off. About as depressing as they get.

tagged with get your own ideas!, rip-off central, slasher, what the hell!?, who finances this crap!?