The horror of… The Unexplainedening! 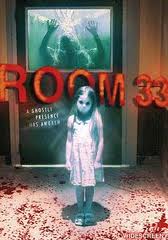 “A ghostly presence has awoken.”

In life, points for trying rarely get you anywhere – and the same is sadly true of this Los Angeles-lensed supernatural slasher flick, which looks like it was shot waaaay earlier than 2009 and stirs up best forgotten memories of Doom Asylum. Brrrrr.

Because Room 33 opts for what I’ll call “the generic approach”, here’s a checklist to make sure it covers the expected bases of its genre:

In the case of Room 33, our group is comprised of a team of three roller-derby chicks, their coach, and driver dude, and a couple who’ve hit a tree and need a ride. The reason for their enstrandening is they’re outta gas, and the nearest thing is a disused mental institution. 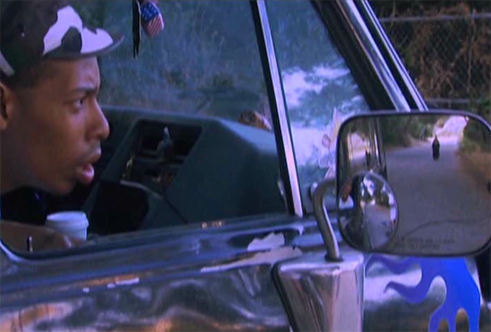 They later find a crazed girl running about and soon they’re spooked, some go outside to find the girl who went to practice her skating (in the middle of a road), and a teleporting man in black crops up and murders some of them off-camera. The others find their friends sans eyes, requisite macho-asshole character (a girl!) blames the girl, fall outs ensue…

In the final third, Room 33 goes a bit weird. Well weirder. The titular location is not mentioned until 64 minutes in and even then, its significance is never clarified. I’m not even sure anybody even goes there. More people turn up, some of them die, then the villains well… I’m not sure. Were they real? Unfortunately, I watched this only in the company of my dog, who, though more enthralled than I, seemed perplexed by it as well.

So it’s a bit like Doom Asylum, part Savage Lust, with a touch of Session 9 (just a touch, mind, don’t go blaming me if you think it’ll be as good), and a whole side order of What-the-Fuck!? I didn’t hate it, just had no frickin’ clue what was supposed to be happening and then it just sorta…ended.

tagged with get your own ideas!, slasher, weird-ass twist