Rules are made to be slashed to ribbons

Google “slasher movie rules” and you’ll find no end to the listings of do’s and don’ts of the dead teenager flick: Don’t walk backwards slowly, don’t investigate strange sounds, don’t say “I’ll be right back” and so on and so forth…

Scream may have listed and then broken most of these rules, but it wasn’t the first. Je regarde  how often “Sex = Death” a.k.a. “Only virgins can survive” is broken… 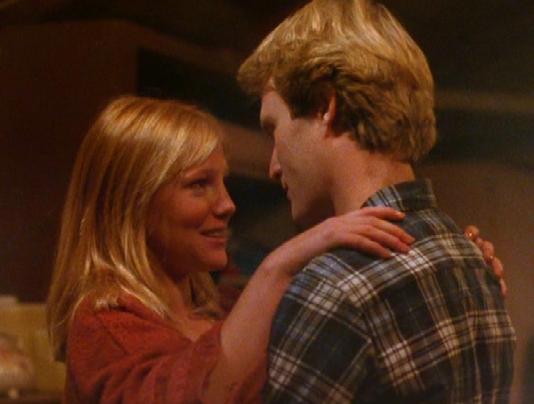 Way back in 1981, when the slasher movie opus was in its relative infancy (and commercial peak), Friday the 13th Part 2 broke the golden rule that said the final girl has to be a virgin, or at the very least, sexually undemonstrative.

Ginny – Dame Amy of Steel – quite evidently gets it on with her on/off shag-thing (and boss) Paul, long before any of the horror unfolds. While she may not be as flaunty as the other girls in the film, who either talk about sex a lot, initiate it a lot, or wear tight little cut-offs, the very fact that Ginny has sex at all is quite the progressive step in a genre often criticised for puritanical representations of pre-marital sex and punishment thereof. 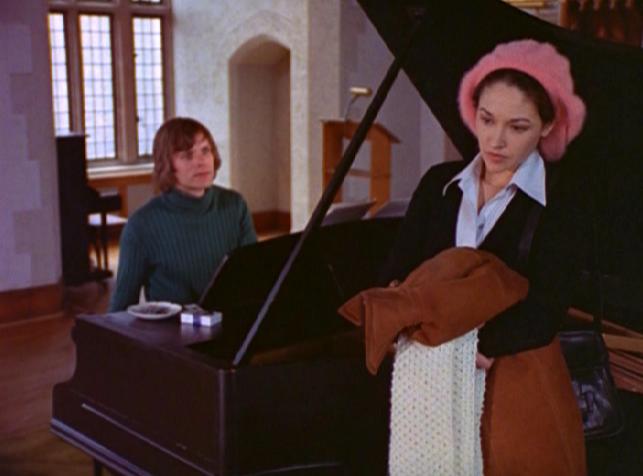 Even further back in time – and before the slasher movie ‘rules’ had been established by clone-after-Xerox of Halloween‘s basic plot structure, Black Christmas (1974) elected a heroine who was not only pregnant by her boyfriend, but planning on an abortion!

One of the many reasons that Black Christmas is so damn good is this risk it takes with the central character, the one the audience is supposed to root for above all others. It’s worth noting that Jess (Olivia Hussey) isn’t all just “I’ma no havin’ ma baaaaybee, I wants to go to Ayia Napa!”, she provides a thoughtful rationale around her choice. If only 5% of modern horror films could be this brave… 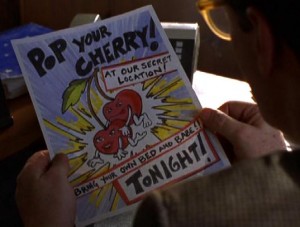 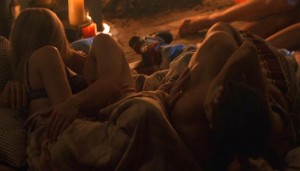 OK, so it’s a post-Scream example, but the central concept of Cherry Falls (2000) flipped the entire cliche on its head. As the brilliant tagline told it: “If you haven’t had it. You’ve had it.”

The killer terrorising the tweens of your common-or-garden small town only makes a play for the virgins. The high school population’s resolution? A “Pop Your Cherry” party, where they all just romp around in the most unromantic way imaginable. Despite candles.

Several of the heroines that came after the late 90s self-referential cycle were that little bit more real: Julie in I Know What You Did Last Summer has off-camera sex with her boyfriend at the start of the movie.

Elsewhere, young moms occasionally step up to the final girl plate: Kara in Halloween: The Curse of Michael Myers; Jessica in Jason Goes to Hell; Heather in Wes Craven’s New Nightmare; and whatever Catherine Hicks’ character was named in Child’s Play. They’re surely not girly little virgins. Kara, for instance, is regarded as “paying for her mistake” by her father. She messed up, but she’s all good now. All are single mothers (Heather widowed during the film), so none are having a lot of sex.

But there you have it, not every rule is written in stone. Sometimes you can have sex, but only if it’s the right KIND of sex and you’re not stupid about it.

Next time: Does the black guy REALLY always die first?

tagged with Friday the 13th, Halloween, one two Freddy's coming for you..., Scream, sequel city, slasher, spoilers, the 80s