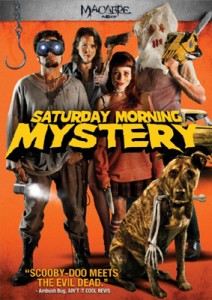 “Don’t meddle with the devil.”

Don’t you wish Scooby Doo was real? Don’t you wish YOU were one of the Scooby Gang, driving around in a van randomly solving mysteries?

The live action movies weren’t as good as they could’ve been, so I was hopeful that this unofficial homage to all things Scooby would do the job. It almost does.

VW Camper-touring paranormal investigators Gwen (the Daphne), Chad (the Fred), Floyd (the Shaggy), smart-girl Nancy (the Velma), and their crossbreed Hamlet, are struggling ghost-debunkers who bust a child-pornography ring and are chastised by the cops for stomping all over their investigation. 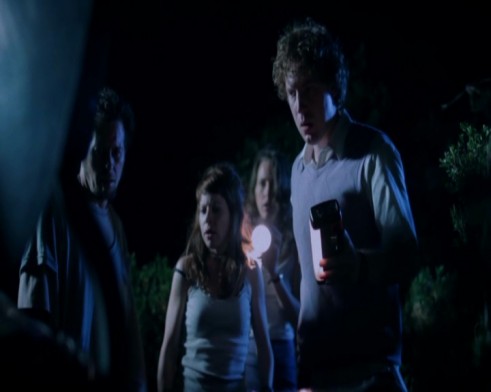 When they are hired to look into the supposed haunting of the old Kyser mansion on behalf of land developers, they leap at the chance to earn some much-needed cash.

Only Chad houses any belief whatsoever in the paranormal and the eerie surroundings, fleeting shadows, and same noises soon get the better of the group… until they discover they accidentally ingested Floyd’s acid tabs.

We can see figures in reflections, creeping past in the fore or background: Someone is still there. So far, so Scooby Doo Meets Hell Night. The horror then begins when the van goes up in a blaze and the gang – who we were never sure would fall victim or not – start getting hunted by the primal loons running around the old halls.

Gears shift towards a House of 1,000 Corpses vibe as the climax looms and, by this point, the concept had lost its way big time. It’s one thing that too many slasher flicks can’t write a single likeable character, but here their familiarity (albeit based on a cartoon) makes it hard to watch them die. Including the dog, which lost it major points. 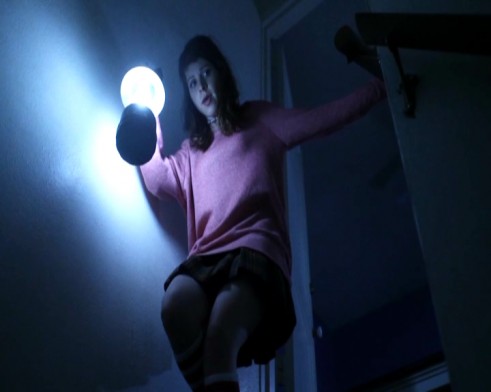 Interesting, nicely done idea, but the avenue it eventually wanders down doesn’t pan out, possibly because of the number of writers inputting ideas. I’d have actually preferred an unmasking followed by the usual “meddling kids!” retort. Que sera.