Other scarecrow-themed horror films are available 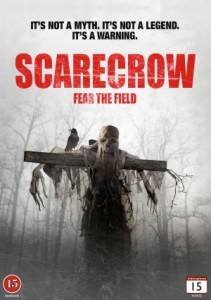 The term ‘SyFy Original’ packs more terror than the cumulative scares of all the movies the channel has produced. Almost.

In its favour, Scarecrow features a lot of actors from other lesser-known slasher flicks and wastes no time in cutting to the chase. A quick teen-couple slashening occurs at ye olde Miller farm and unleashes the spirit of the titular villain, just in time for the local town’s Scarecrow Festival. 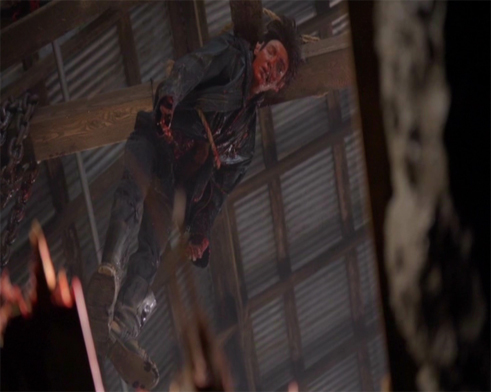 Don’t get your hopes up. In town, another high school detention puts another pack of assorted stereotypes onto a school bus with their handsome young teacher. Out to the farm they go to help move the scarecrow back to town. This development sires the following ponderances:

Scarecrow doesn’t care for such trivialities. It also doesn’t care to explain what the kids have done, though something about naughty photos of their (now dead) classmates appearing online is muttered – but it’s difficult to believe they all did this together as they don’t seem to get along.

At the farm, a clearly here-for-the-cheque Lacey Chabert turns up, the last of the Miller family who can no longer afford to keep the farm going. Just fifteen minutes into the film, kids are being attacked by an unseen force.

They barricade themselves inside and find that mythically-cursed scarecrow is very much alive and well, and wants them dead. Actually, it wants Lacey Chabert dead, but anyone else will do in the meantime. 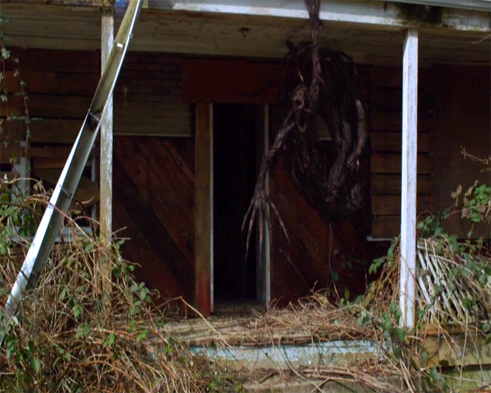 As the action kicks off so quickly, Scarecrow soon becomes a bit tedious as numbers are depleted and the surviving members of the group move from house to car to woods to neighbouring farm back to woods and so on…

Points are gained for the surprisingly good FX work of the scarecrow itself, a jet-black liquorice-looking viney chap, who can come out of the ground, even hide inside bodies… They’re lost, however, for strange choices of characters who outlast others and, more crucially, Lacey Chabert wiping her blood on a herd of cows and saying “rather you than me”! No, Lacey, no. Save the cows.

It’s one of those films where the villain only wants ONE person dead, but said person naturally resists, and so everyone else around them has to die!

Things began with a fair bit of focus on the requisite drop-outs who we expect to live for most of the film and then die horribly. But no, again here Scarecrow fucks with us: They go really early, totally off-camera, without any of the expected comeuppance these types of characters normally suffer. 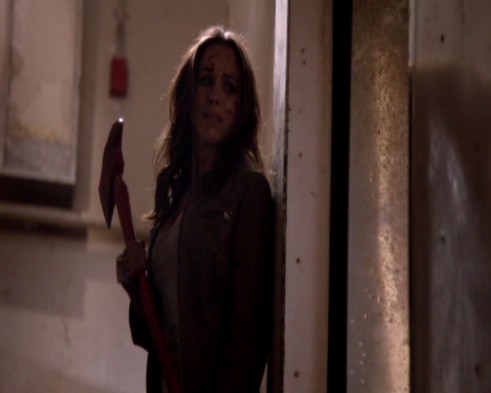 Another character acts so shadily that I was waiting for them to be revealed to be some sort of conduit for the scarecrow. While this person eventually showed another side of themselves, it was something totally different and disappointing.

In summary, a good looking, well made film, but one that shoots its load too early and expects us to hang around enjoying the afterglow. And the cow-thing can’t be forgiven.

Blurbs-of-interest: Lacey Chabert was in the Black Christmas remake; Robin Dunne was in American Psycho II: All-American Girl; Nicole Munoz was the little girl heroine in The Tooth Fairy; Brittney Wilson was in Scar 3D; Jerry Wasserman was in Christina’s House.

tagged with after they were famous, get your own ideas!, slasher, TV