Don’t You (Forget About Her) 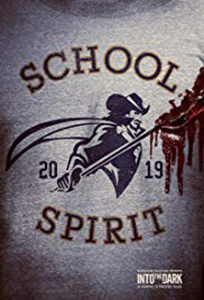 INTO THE DARK: SCHOOL SPIRIT

“Kiss goodbye to your class.”

When Helbrook High’s senior class president and all-round overachiever Erica Yang shows up for detention one week into the school year, everyone is shocked. Everyone who sees her that is, which is a group made up of substance abusers Russell, Lizzie, and Victor, shy try-hard Brett, and seconds-from-boiling-over teacher Mr Armstrong, who tells Erica he’d have seen her expelled if it were up to him. But what did she do? She ain’t about to share. 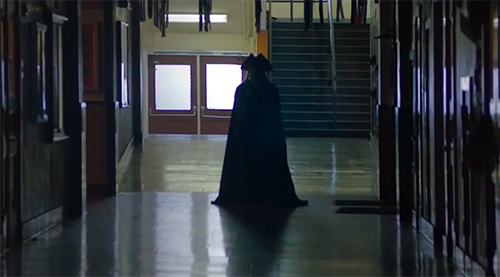 The pre-credits scene already showed us a couple of no-good-niks done away with when they snuck in the previous week to set up a digital camera in the girls’ locker room showers, and they become the two most recent additions to a growing list of missing kids from Helbrook. Stories float around of a spectral presence, a teacher who died in a prank gone wrong who eliminates all the bad kids. Weird clangs from the vents are attributed to her vengeful ghost.

School Spirit may owe a large debt to The Breakfast Club (are all-day Saturday detentions actually a thing??) by way of a grab-bag of other educational establishment slash ‘em ups, but in 2019 it’s distinguished by nicely written characters who, for a bunch of ‘bad kids’, aren’t just 1D targets for the sharp end of the killer’s weaponry: We learn about their backgrounds to a degree and even begin to care a little about their fate, something that was absent from 90% of teen horror since 2001. 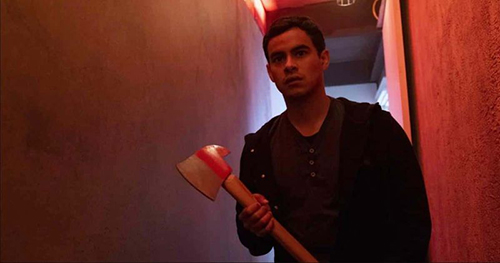 This may also mark the first time we’ve had an Asian final girl in an American production, which, although in the grand scheme of things is a small change, does make a difference, even if it’s to play up to stereotypes of academic excellence. This actually sets up the cheery final twist, that dares toy with the conventions of the final girl at large, but was so wacky and demented I couldn’t help but laugh my ass off.

Four stars is very possibly way too generous, but I was elated watching School Spirit: Back to basics dead-teenager goodness. 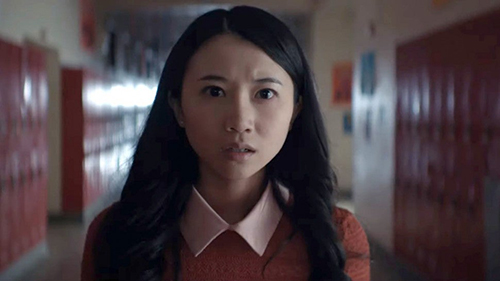