Please shut down your genre and reboot 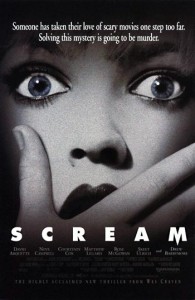 “Someone has taken their love of scary movies one step too far.”

Dire-logue: “She wants to kill herself but then she realises that teen suicide is out this year and homicide is a much healthier therapeutic expression.”

Gazillions of people around the world have reviewed Scream so what am I supposed to write that makes a difference? Probably nothing I can write really. It’s influence is undeniable and it was thankfully not a cheap, transparent product that pissed off a generation of horror fans.

What I could knock Scream for is not its fault, more the society that received it. All manner of critics lined up to heap praise on the film for intellectualising dumb slasher films, used a lot of big words in doing so, happy that they were able to say that the genre sucked when, quite apparently, they’d never seen more than a handful of slasher films in the first place. 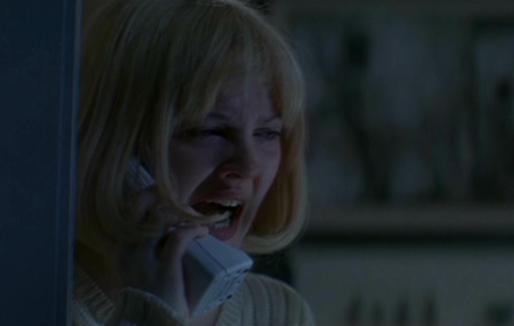 Post-modernism was the key term linked to mucho reviews of the film when it came out and, yeah, okay, it’s a slasher film where the characters know how slasher scenarios work, but in spite of what everyone said at the time, it certainly wasn’t the first horror movie to be self-aware. Even forgotten gutter dwellers like Blood Sisters had one-liners along the lines of “and just like any horror film, the van won’t start!”

What Kevin Williamson achieved with his screenplay was toying with the audience’s expectations: unlike most critics, they knew more about how these films worked and it was they who the film set out to impress. This was achieved largely by a series of homages to the dead teenager movies of yore, dismissed by many and likely cluttering the resumes of several big Hollywood stars who didn’t want to be associated with that trash. Scream reconciled the genre to this effect, giving it a geek-chic makeover and rendering it cool to like, underscored by the presence of Jamie Kennedy’s Randy – a video store clerk who lectures the teens of Woodsboro on the ‘rules’ of the scary movie. Yes, it was now cool to talk about Prom Night in the light of day. Of course cool defined in a sort of Central-Perk-irony way… 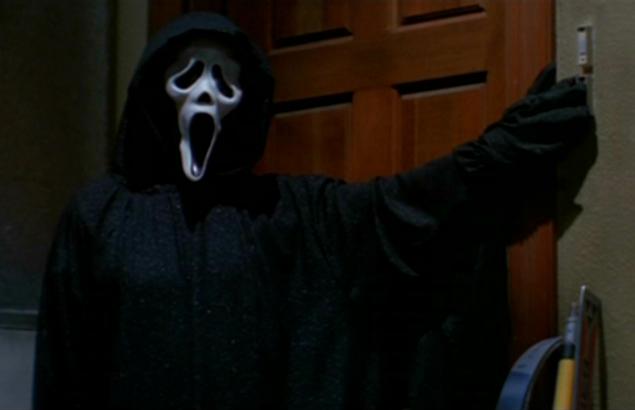 Aided no end by the harvesting of several important players; Wes Craven hadn’t had a box office hit in some while but was still able to surf his I-made-Freddy wave into the directors chair and a horror film that can nab Drew Barrymore for a 12-minute cameo also put bums on seats.

Williamson and Craven adorned their film with young actors plucked from various TV shows, gave them dialogue more substantial than “quit screwing around” and a modicum of intelligence that is fair to say was missing from most of the campers at Crystal Lake. Again, in the wave of films that followed, the Dawson’s Creek-style verbosity of the youthful casts became occasionally annoying, wheeled in to replace the exploitation elements of the 80s – it’s worth noting that in the big studio slasher films of the 90s movement, there was hardly any skin on show at all. 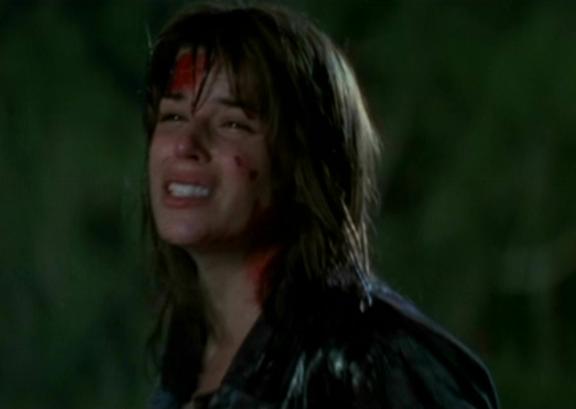 Neve Campbell, then on Party of Five, was cast as the put-upon final girl, Sidney Prescott, whose mom was raped and murdered the previous year. With the case shut and bolted, Sid’s happy to get on with her life until a ghost-masked killer begins playing with her and laying to waste random townsfolk, including some of her friends, eventually causing her enough grief to question the truth about her mother’s death…and life.

Almost every character who appears is a suspect to some degree: Sidney’s nemesis, cheesy reporter Gale Weathers (Cox, borrowed from Friends) is back stirring up shit she doesn’t want to face and her ‘bubble-butt’ boyfriend Billy (Ulrich) is handily on scene to rescue her after the killer takes his first swipe – coincidence? Even ancillary cast members employ suspicious expressions here and there, wear boots that look similar to the killer’s and say things, meaningless things, that cast the smallest of shadows over their trustworthiness. 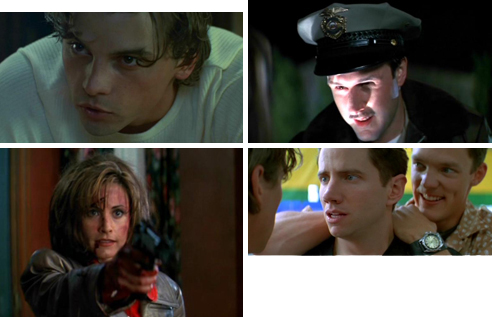 The climax may look like standard fare now but at the time was something new, down to the exposition and the why’s, how’s and when’s that fill in all the blanks neatly and it’s then down to Sidney to survive. And survive she does, with more grit and gusto than most final girl’s since Heather Langenkamp rigged a whole Home Alone full of tricks to hurt Freddy Krueger.

The end of Scream is especially interesting in comparison to its 80s ancestors, where the victims were interchangeable clones of those from the previous sequel. Here it was the survivors who moved intact from film to film while the killers identities were altered, although always related to earlier events. Scream was the first slasher flick in a long time to allow more than one female character to survive, ushering in a new breed of heroines who were smarter, harder and always more personally involved with the killer than before.

There was no doubt Scream would be successful: it had stars, bankable production talent and a budget large enough that would’ve made half a dozen indie films of the same ilk. But even cumulatively they would’ve grossed only a fraction of the box office if they’d made it past video releases at all. Besides Barrymore’s turn at the beginning, there are cameos from Linda Blair as a pushy news anchor and Henry ‘The Fonz’ Winkler as Sidney’s high school principal.

Beyond the ka-ching of its big screen run, Scream has become synonymous with almost every slasher film that’s followed it. Dusty old scripts were soon dug out of vaults and flung into production; I Know What You Did Last Summer appeared only months later, more traditional in its plot but taking on board much of the formula. Halloween was resurrected; Urban Legend pulled together every cliche in the book and gave them a good varnish; and as movie magazines declared teen horror ‘out’ around the release of Scream 3 – which, for the time being, wrapped it up – Final Destination appeared and started its own cycle.

The good done by the film far outweighs the bad, which, to some was a kind of cover-up of embarrassing old cliches in favour of trendy dialogue and depth of character where there sometimes didn’t need to be, but also its ongoing position as “the only slasher film you need to see” is detrimental to the myriad of great flicks around, even if they might not take a trip down self-referential alley but the paradox is that if it hadn’t been for Scream they probably wouldn’t have been made in the first place!

And that irksome little thing about referring to horror movies as “scary movies”, as if the former is a dirty word that one does not utter in high society – what’s with that? 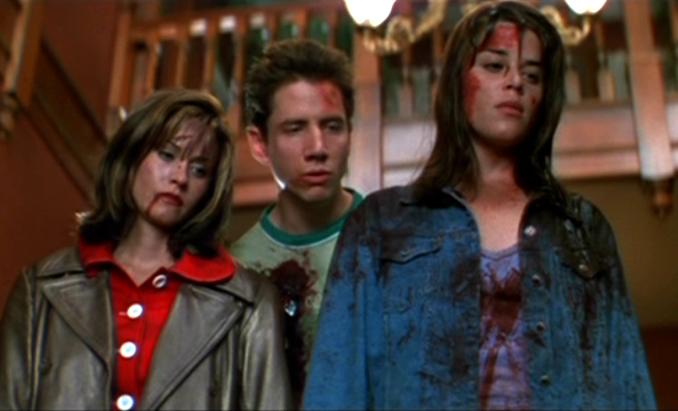 Blurbs-of-interest: Cox, Campbell, Arquette, Kennedy, Jackson, Craven and Williamson all returned for both sequels (in some form or another); Arquette and Cox were in The Tripper (which he directed); Drew Barrymore had previously taken on final girl duties in 1989’s Far From Home; Matthew Lillard was previously in Serial Mom; Joseph Whipp was one of the cops in the original Elm Street; Linda Blair was in Hell Night.