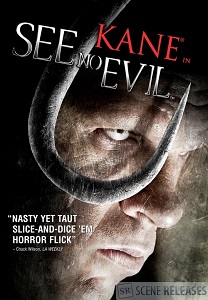 See No Evil came out ten years ago! And ten years after Scream! How time flies. How producers learn nothing from the lessons provided by their forebears.

Things begin with two cops turning up at a house and discovering it’s home to hulking psycho Jacob Goodnight, who is holding a girl captive, whose eyes he has plucked out. He axes one of the cops down and cuts the arm off the other before being shot in the head.

GASP! Four years later – not a multiple of five for once! – the surviving one-armed cop is escorting eight wayward teens from their detention centre to the rundown Blackwell Hotel, where they’ll shorten their sentences by helping fix the place up as some sort of community service thing that appears only to be open to telegenic youths. Nobody here is anything short of a catwalk model. 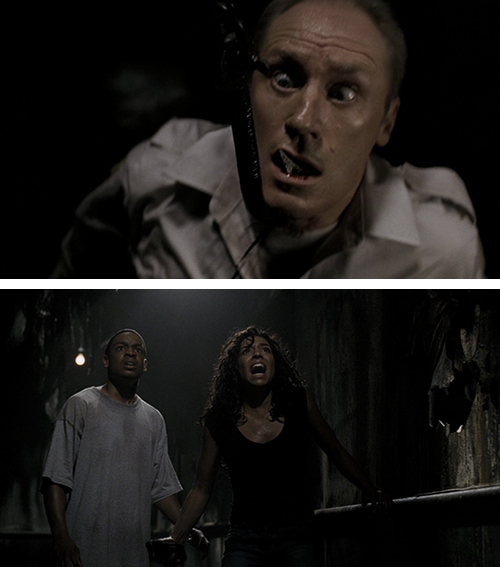 The cop is killed summarily early on without even facing off with the killer, totally erasing what tension there may have been, and the teens are about the most unsympathetic assholes you could ever wish to attempt to root for. Christina Vidal as good-but-tough girl Christine elicits a bit of gusto as the put-upon heroine, while the others have virtually nothing to work with other than filling their mono-dimensional drug-dealer/shoplifter/fraud role to the brim with profane stereotyping. 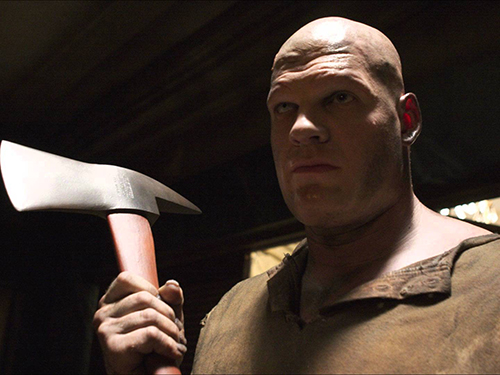 WWE wrestler Kane is a good build for such a killer but the script unwisely chooses to try and create sympathy for him in the form of an obvious plot twist. One memorable scene features an animal rights activist being lowered to safety ends up hanging upside down a few inches from the ground only to be ravaged by the group of stray dogs she earlier befriended.

Notes from my original 2007 viewing end with: “At least there’s no sequel-hungry ending to it!” Oh, how wrong I was.

tagged with after they were famous, slasher, star power, what the hell!?, yo! Hollywood