As there are so few entries left (prequels will come next time), I decided to group the final ten titles into one globular post: A piece of discarded gum with various hockey masks, knives, razor-gloves, and creepy children stuck to it.

A fairly decent group here… The Corn movies were getting stranger and stranger, but the producers of this seventh outing at least managed to inject a small vial of… let’s call it ‘dis-settlement’ rather than creepiness. Jason’s seventh stomp through the woods (fifth, if we’re going to be really pedantic about it) pit him against a Carrie-lite chick with telekinetic powers. Halloween H20 reunited Jamie Lee Curtis with her psychotic big-bro as a reaction to Scream. And Wes Craven had the final laugh by making a Freddy film about Freddy films.

It’s actually difficult to choose… Corn can get the boot first, naturally, but between the three mainstays, we’ve got a naff-but-fun soggy sequel, a reboot that harshly ignored all the work people did in previous films, and an inventively scary but kinda draggy chiller with little-to-no slashing at all. Hmmm…

The Eights: Children of the Corn: Genesis; Friday the 13th Part VIII: Jason Takes Manhattan; Halloween: Resurrection; Freddy vs. Jason (I know, I know, it’s both an 8 and an 11, but I’m tired and hungry).

Genesis is so bad it hurts. Goodbye. Followed swifty by the worst of the original Paramount Fridays. Even a non-gorehound like me needed a little claret on show to liven this one up… Halloween: Resurrection not only concocted the most stupid fucking way of bringing back Michael Myers, it also has Busta Rhymes in it. BUT… as a cheesy standalone slasher movie, I do like it. Then there’s the WWE smackdown of the other two slasher movie heavyweights. 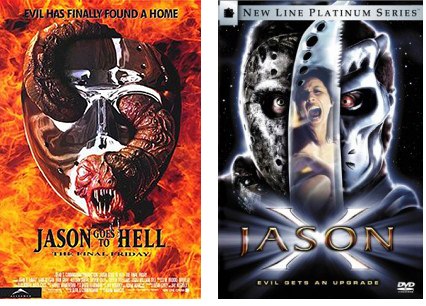 With only two films this should be easy. Both suck in terms of their franchise, but which sucks more? Hell went all Hidden with this demon-spirit of J-man but had an awesome opening few minutes and that camping scene. X, on the other hand, tried to do something different. It failed, but at least they tried. There were a couple of chuckles too

Not a great pot to choose from, really… New Nightmare is technically the best made, but how often do I want to sit down and watch it? Almost never. So Halloween: H20 succeeds it. On the basis I didn’t want to be Halloweened out, I plumped for Freddy vs Jason, and the good scenes in Jason Goes to Hell just beat out the good scenes from Jason X, so the former takes the glory. Albeit as short lived as a visitor to Camp Crystal Lake, because it’s not gonna win. 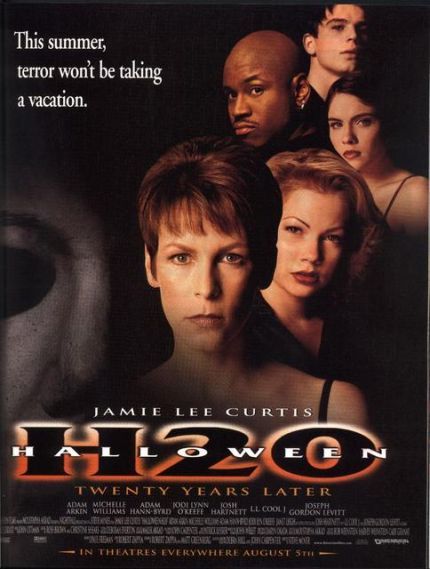 Best of a bad bunch, it might be. Halloween H20 is decent fare, but the whole “3 to 6 never happened” stuff is unforgivable. Jamie Lee’s return buoys it, the low body count tips it in the opposite direction again, so does Josh Hartnett, but it’s way better than Jason Goes to Hell and just about pips Freddy vs Jason in qualitative terms.

Bit of a dull winner, but a winner nonetheless.

tagged with children are evil, Friday the 13th, Halloween, I love Jason, one two Freddy's coming for you..., sequel city, slasher, TV