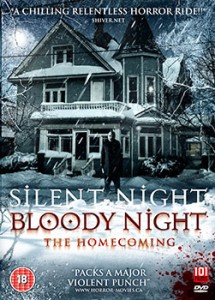 Laughter Lines: “Butler House in an evil, evil place! Once it’s gone this town will finally be able to move on.”

A UK remake of a forty-year-old US proto-slasher film, the suffix of The Homecoming may fool some into believing this is a sequel… but no, it’s curiously a straight up over-do – but set in good ol’ Blighty.

So the story and the characters are pretty much the same: The Butler House stands in the town of Fairwood. In 1987, Wilfred Butler tumbled aflame from a second floor window. TO HIS DEEEEATH. (Or did he?). Twenty-five years later, his last living relative (son or grandson, can’t recall) offers, on Christmas Eve, to sell the house for £250,000 cash.

A selection of locals want the house in order to tear it down and rid Fairwood of its legacy, and so on Christmas Eve each receives a call from a hissing weirdo (who is, in fact, Adrienne King from Friday the 13th of all people) who invites them to the house and there they are chopped to bits by the axe wielding loon, who has also done away with an orderly at the asylum he broke out of, a guy dressed as Santa, and a couple who snuck in for nudies. 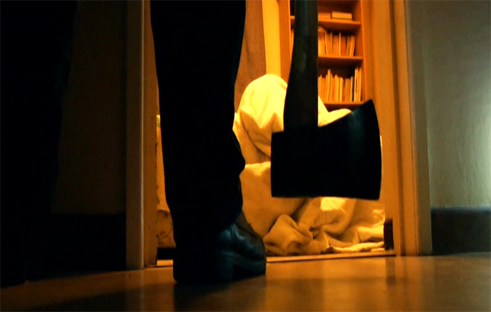 The Mayor’s daughter, Diane (Mary Woronov in the original, Melanie Stevens here), is later visited by the vendor Jeffrey Butler, and she apparently takes an instant acceptance to him, in spite of all the stories she grew up with, and drives him to the house, where they are attacked by the bandage-masked killer.

There’s a drawn out flashback where I really began to wane and everything that was happening sort of drifted by while I enjoyed a short trance, but the gist of it was that bandage-face thinks Diane is his daughter, and wants a nice family Christmas.

OK, so why only a star-and-a-half? In short: Budget and acting. The film looks incredibly cheap, which isn’t always a setback, but I wouldn’t be surprised to learn this was filmed over a weekend using a few local theater group players. That old nemesis of mine ‘the under-reactor-actor’ is present and accounted for. If someone is attacking you with a fucking axe, SCREAM! 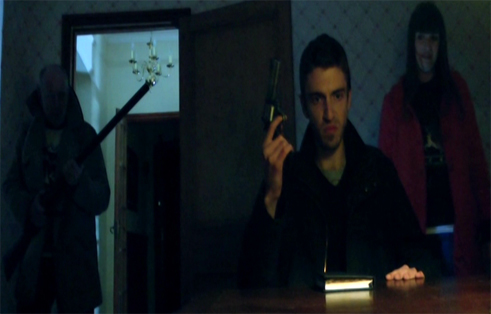 A couple of decent scenes, the chase through the woods for instance, do little to repair the damage.

It’s disappointing that there hasn’t been a major British slasher movie, we of Hammer Horror and freakin’ 28 Days Later…, yet we can’t seem to master a ‘simple’ body count flick, which proves that slasher films aren’t the through-the-motions piece o’ piss most detractors would claim.

tagged with Nu-di-ty, remake, Rule Brittania!, slasher, what the hell!?, who finances this crap!?