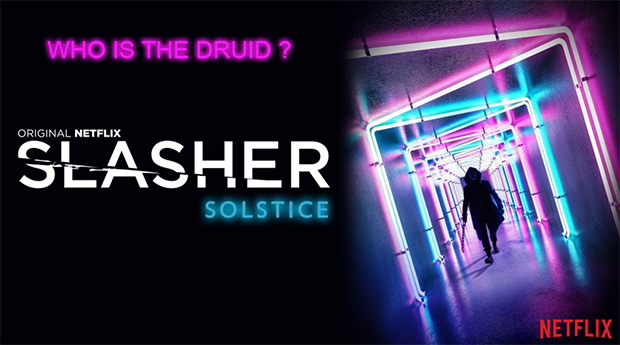 Season 3 of the Canadian stalk n’ slash anthology opts for a sort of 24 approach, setting each episode over three hours of the longest day of the year, while a mystery killer hacks, burns, and dissects their way through the residents of the Clayborne apartment building, a year to the day after bisexual man-whore Kit was stabbed to death there. So, in a similar move to 2012’s Tower Block, the other inhabitants failed to help the dying man and are so systematically eliminated. 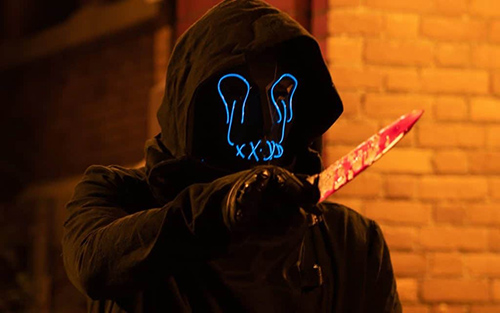 Virtually all of these people have hideous personalities, so when the aggressive wife-beating guy down the hall has his head axed off on the street in broad daylight and left on the hood of the car he stole, the detectives who still haven’t solved Kit’s murder are back on the scene. 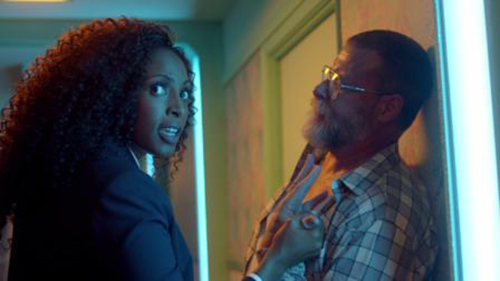 Throughout the day, the detestable individuals are murdered in a variety of particularly gruesome ways: Face forced into a toilet bowl of acid, boiling water poured down a glass tube directly into the throat, a biology teacher dissected like a frog… The killer is inventive with their weapons to say the least. But who is it? And why? And why is it that these same assholes who were submitting noise complaints suddenly now can’t hear the screams of someone having their face forced into a blender next door?

Intermittent flashbacks inform us that Kit was a huge dick who pissed off virtually everyone, from receiving oral sex in the corridor, to sleeping with various co-residents – or trying to – and breaking hearts wherever he goes. Then there’s the matter of the woman who posted a bad Tweet about it, was flamed and threatened, until she burnt herself to death in front of everybody. 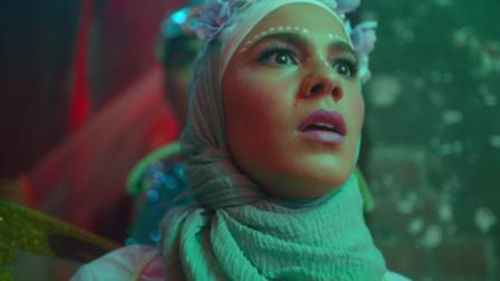 While marginally less aggressive in its horribly drawn characters than Guilty Party was, Solstice doesn’t do itself in favours either. A handful of the teens aside, everyone else is only capable of shitting over everyone else, from Violet’s slappable gossipmongering, the requisite high school twat who mocks the suicide and calls Saadia a terrorist, and the anti-everybody rants of the bigot – it’s as if the writers are either incapable of, or too afraid to write people we might, heaven forbid, care about or root for.

More actors return in new roles than from season 1 to 2, but if they’re going to forge ahead with further adventures, they really need to invest some time in building a universe where people are capable of more emotions than just hate.