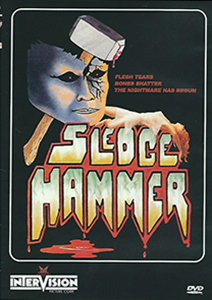 The title pertains quite accurately to the implement of destruction you will want to attack the screen with after about ten minutes of Sledgehammer.

Another “I was the first! I was the first!” ranter about the oh-so-impressive feat of being shot-on-video. This film is approximately 88% slow-motion action.

Ten years later – never nine, never eleven – a van load of ‘young’ ‘people’ come to the house to party. They whoop and cheer for everything:

Their optimism made me want them dead within seconds. 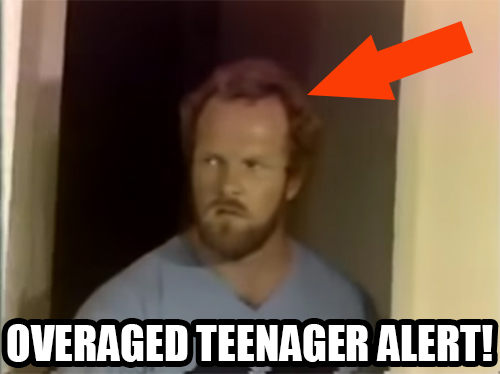 The lead couple are made up of hunky Chuck and his moany girlfriend (Joan? Joni? Jenny?) who wah-wah-wahs on that he asked her to marry him and now can’t decide if it’s the right thing to do. He’s a dick anyway.

Later the whole gang have a foodfight (“Woooo!”) then a seance (“Yeah!!!”) where Chuck tells the story of the sledgehammer murders and we are shown it all again. As if it wasn’t painful enough twenty minutes ago.

Telling the story seemingly resurrects the spirit of the kid-in-the-closet, now a twenty-foot giant with a plastic mask, who dons the titular object and sets about killing the ‘young people’. In slow-motion. 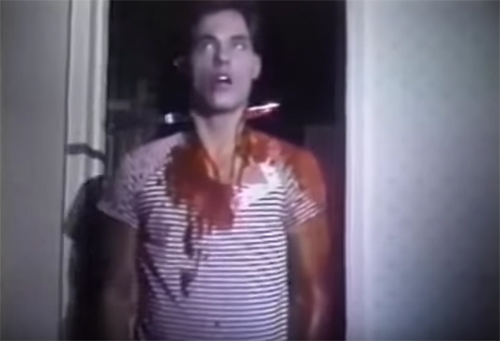 Standard tin-can sound and video-blur add to the pain of observing Sledgehammer. There’s no point commenting on any of the acting, writing, or characterisation. It all means nothing.

The film probably wrapped at about 28 minutes originally, hence the need to slow everything down to force it to feature length. I can’t say I’ve ever seen more use of slo-mo in any production, film or TV, ever.

Blurbs-of-interest: David A. Prior and Ted Prior respectively directed and starred in Aerobicide.

tagged with Nu-di-ty, slasher, the 80s, who finances this crap!?