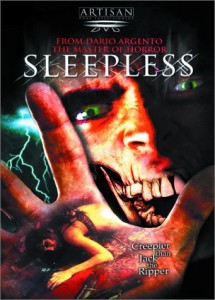 This review is dedicated to Ross of the excellent Anchorwoman in Peril!, a real Gift-Horsley who began overseeing his New Year’s resolution of familiarising me with Italian giallo – a resolution made on my behalf by Ross. But if such involuntary resolutions produce free DVDs then bring on 2012.

I’m not particularly unfamiliar with giallo, I’ve seen maybe two dozen or so films from the slashier end of the subset but I’ve yet to see one that’s, you know, massively converted me into some loose-lipped advocate of Italiano horror. Yeah, even Suspiria - it was okay. But anyway, on to the freebie that was Sleepless… 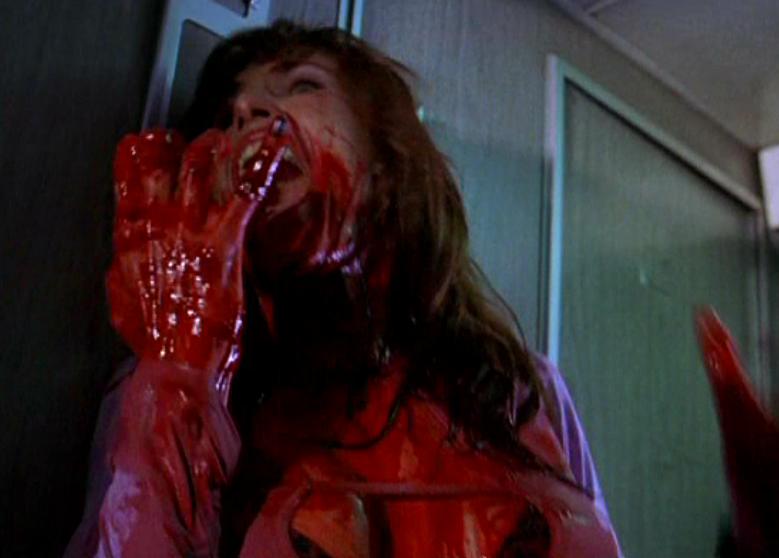 Compared to the other Argento slasher flicks I’ve seen (Tenebrae, Opera, Phenomena, Trauma), it’s functional in terms of plotting, no more or less so than the others but where it truly succeeds – indeed where all the aforementioned examples succeed – is in the visuals. Slasher films would be so much richer a subgenre were all directors as focused on presentation as Argento is. The plot, however, doesn’t offer much we haven’t seen before, albeit an interesting and engaging little mystery…

A long-thought solved case of serial murder that occurred around Turin in 1983 – credited to dead dwarfed writer of twisted horror Vincenzo de Fabritiis – begin to reoccur seventeen years later when a hooker accidentally makes off with a dossier of the killer’s handiwork. In what’s clearly the film’s best sequence, she is tormented and murdered on the completely empty train back to the city, as is her roommate, and the old killings begin all over again. 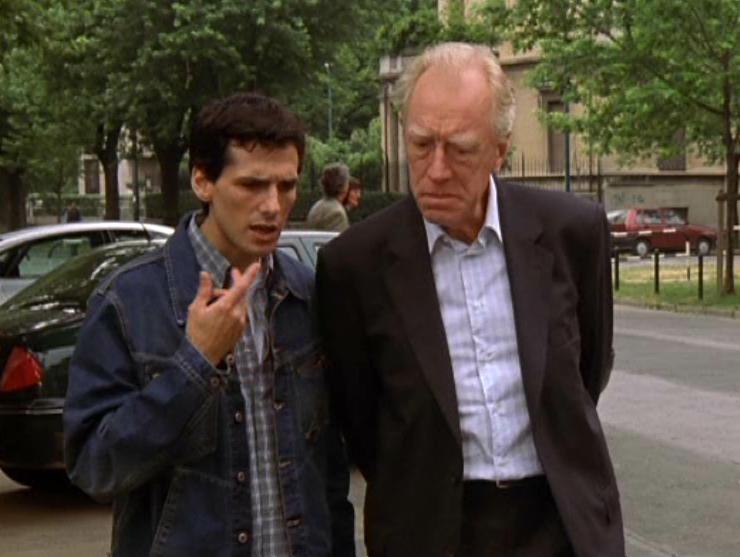 Retired and aged detective Moretti (von Sydow) who investigated the original murders is brought back into the fold and contacts the grown up son of one of the previous victims (who suffered a grisly case of death-by-broken-clarinet) and the pair begin looking into the possibility that Vincenzo isn’t actually dead.

More slayings ensue, each of them left with a paper cut-out of a farm animal that corresponds to an old poem while Giacomo (the son) reconnects with his old flame, much to the annoyance of her dorky boyfriend. But who is the killer? What is his motive? Why are all the female characters in the film so fucking stupid?

I mean, really… what keeps me at arms-length with Argento’s work is his portrayal of women as dumbfucks who can’t operate locks on doors, fall over a lot, and drop the contents of their over-stuffed purses, leave their things behind so they have to go back for them, say they don’t require company walking home but then act all skittish and jump out of their skin at every little sound… Meanwhile, the ranks of idiotic male counterparts go largely unpunished despite acting like prize pricks – they’re exempted from the slashes of the killer’s blade. It’s annoying and goes against the the story by crowbarring these unlikely simpletons into the complex nature of what’s actually going on.

This issue brushed aside, Sleepless is an above average slasher film with a nice surprise ending that, for once, isn’t direly predictable, aided by the film having limitless background characters who could be the killer. The connection to the murders two decades earlier is neatly tied off in a believable way and it pretty much all makes sense. How hardcore fans of Argento’s see this alongside his earlier, more famous, more bloodthirsty work is a mystery to me but I can say with certainty that I liked it, I just wish the man himself would turn out a film where the victims were primarily stupid men and the women saved the day, or some gay blokes – hey, it could happen!

One final word on it, there was a brief laugh out loud moment when, almost out of nowhere, this person appeared: 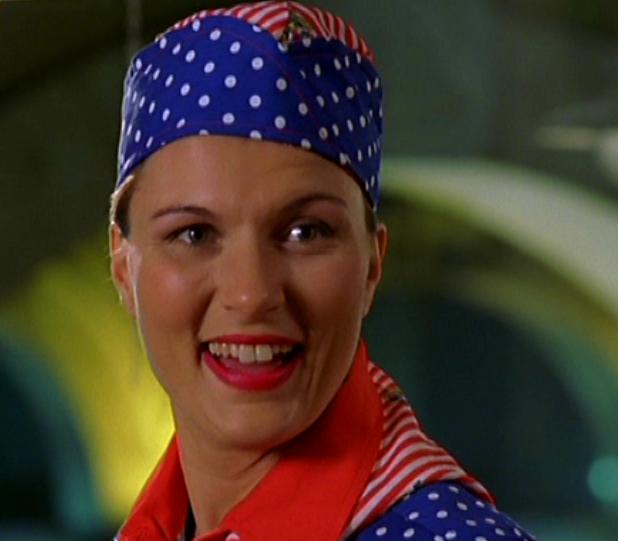 She just…pops up, spinning to the camera before we cut back to something else. Look how happy she is. And she’s a waitress. Isn’t she supposed to be surly and annoyed? It looks like she works in one of those ‘theme’ establishments so at the very least she should be hocking up phlegm globs in the fries. Again, Argento’s talent for representing folk fails on this count.

tagged with accents from hell, children are evil, Euro-horror, gore o'clock, me me me!, Nu-di-ty, slasher, star power