Sisters are drillin’ it for themselves 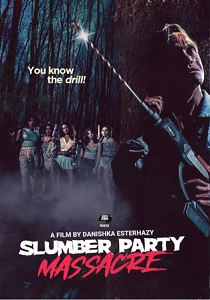 “You know the drill.”

Laughter Lines: “I can’t believe these dudes are beating us out on being murdered, like honestly, their privilege is ridiculous.”

Beginning with a crash course in slasher film cliches, in 1993, gal-pals Trish, Jackie, Diane, and Kim have rented a lakeside cabin at Holly Springs. Trish’s no-good ex Chad turns up, she tells him where to go, he watches the girls dance through the windows and gets power-drilled for his trouble. The killer then enters the building until only Trish remains, and manages to knock him off the dock, where his body sinks into the darkness. 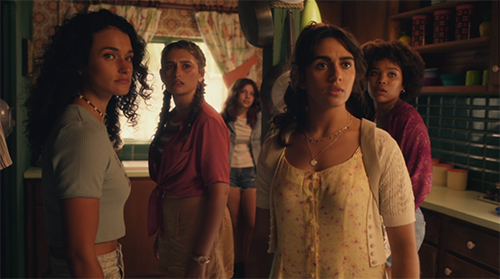 22 years later, Trish’s daughter Dana is off on a weekend roadtrip with her friends Maeve, Breanie, and Ashley, as well as Maeve’s lil sis Alix, who has snuck her way along. The girls break down on route and end up having to rent a local lakeside house for the night while they wait for new car parts. Hmm… the house is on the opposite side of the lake to the cabin of blood in the prologue. Coincidence? 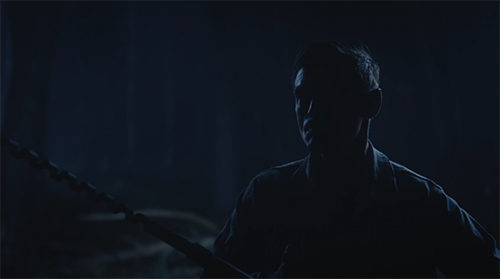 No. Thirty minutes in, when Alix finds a body outside and puts the pieces together, the other girls whip out weapons and declare they intentionally ended up there to attract Russ Thorn and kill him for good. The rug of prediction pulled out from beneath us, SPM ’21 switches up into a flip reverse opus of the expected: The girls go around the lake to warn five boys who have rented the other residence, but Russ is already at work.

After watching the shirtless guys have a slo-mo pillow fight through the window, a literal murder-in-the-dark scatters the group: The guys stomp out without a plan or try to save the day and largely end up drilled to pieces. 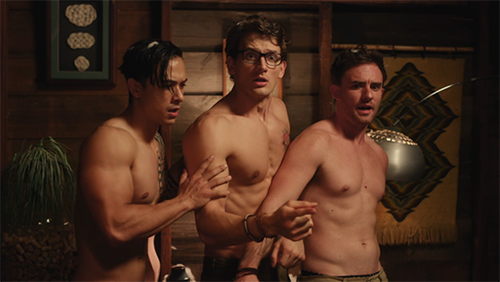 By an hour in, the girls succeed in slashing, stabbing, and hacking Russ to pieces, witnessed by the surviving boys, who suspect the girls are hardline feminists, and while they await the police, it seems another killer enters the midst…

A review on IMDb goes:

“A movie on the SyFy channel, which are mostly a male audience, is getting lectured in a bad movie about misogyny.

The killer is a man and this movie makes no sense. Did I fail to mention it has close up shots of men slow motion bathing, which is for feminismgayism empowerment, for a straight male audience?”

Feminismgayism? This guy arrogantly assumes the film (and by extension any film on SyFy) is for straight men. The self-absorbed nature of this comment is pretty much why this movie is the way it is. Idiot. 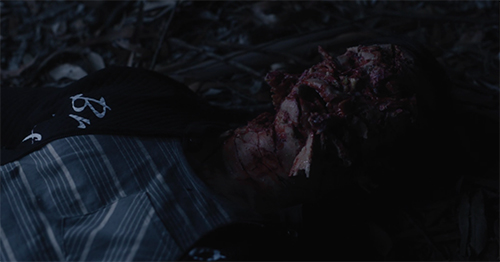 The reversal of the trends does present the ‘straight male audience’ with an ogle-worthy shower scene where Matt soaps up his rock hard abs before being wasted. It’s a direct reflection of what slasher films of olde served up their female cast members, and probably more confronting in its depiction of a very sculpted physique, rather than anything else.

The emergence of the second killer forces the conventions back on the familiar track after the film merrily skewered them up to that point, with some nifty demises for the remaining characters, but a not-so-surprising revelation around who this character is, which the film kinda treats as a gasp-worthy development, but has been seen before in one of the most famous slasher films around. 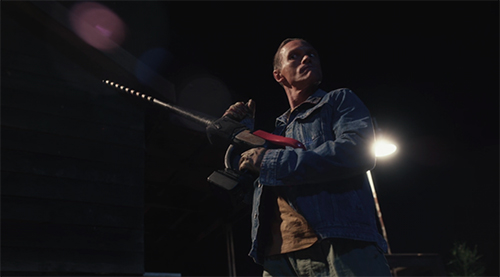 SPM ’21 is a great companion piece to the original, and perhaps adheres closely with Rita Mae Brown’s original vision. But there’s also a lot of love, with the girls at the start sharing names with their 1982 counterparts, a victim using a very 80s electric guitar to try and fight off the killer in an homage to SPM II. Rob Van Vuuren also gets Thorn’s unique walk and cranial lilt bang on. This is the film the 2019 Black Christmas reimagining wishes it was.