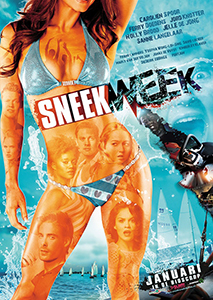 So, Sneekweek is actually a real thing: Held in the Netherlands and billed as Europe’s biggest sailing festival, it becomes the rather unlikely backdrop for this Dutch slasher, which was released in two versions during its theatrical run – one of which was edited to attract a younger audience.

Despite a scene in which characters watch Scream on TV (and complaining it has been dubbed), this has more common ground with I Know What You Did Last Summer. Five college kids are hazing a group of young men for a room in their much sought-after house by keeping them in a tub, dumping ice in and seeing who can last the longest with the least amount of genital shrinkage. Down to two guys, the girls’ favourite, Eric, loses consciousness and dies. Anxious for their futures, they cover it up, bribe the surviving pledge, Peter, with an offer of the room if he stays quiet, and call an ambulance once it’s too late and they’ve papered over the evidence. 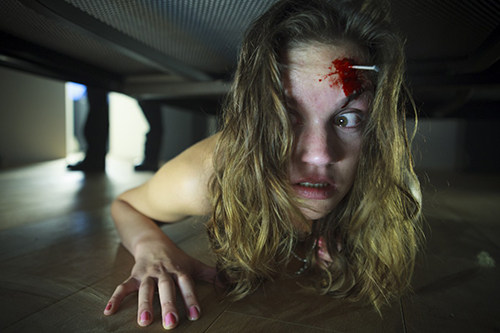 Boarding in an arty, secluded lakeside house, the first sign that something’s off is that none of them own up to being the one who found the rental. Nominal heroine Merel is first to see a figure in a shiny silver mask, but the others think she’s off her face and continue to bed-hop until one of them is attacked outside a club and Peter is arrested when he finds her. The next morning, Merel finds him hanging from the boat’s mast in an apparent suicide. The local cops are keen to flex their investigative muscle, but are sidelined by their boss, and the remaining teens ordered to stick around until the attacker is caught. 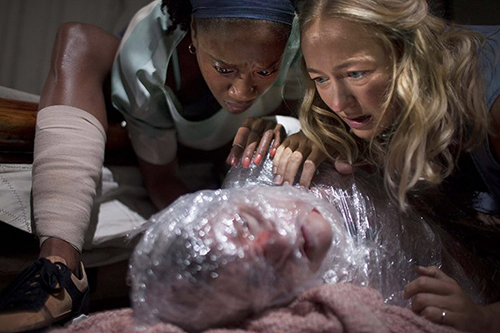 Nasty ringleader Boris insists the party go on, so blasts into town with two of the other, leaving Merel and her friend to find the body of a missing girl in the boatshed. Despite commenting on Scream, the girls have learned nothing and decide to split up – one to go to the cops, the other to find their friends.

Another murder occurs and the police arrest Eric’s unhinged mother, who cut and run from her clinic’s day release. They also place the remaining kids on an available yacht for the night in an effort to keep them safe, but ultimately just leave them in a barrel ready to be picked off by the powertool-favouring killer, who leaves a spinning powerdrill in the back of one and engineers another to be sucked into the propellers. 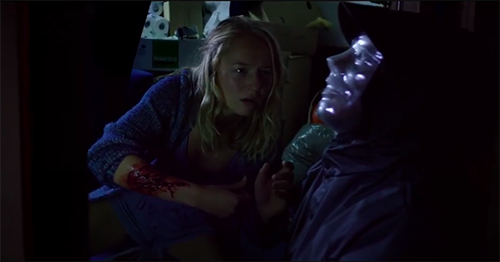 Sneekweek fudges cloaking the identity of the killer effectively enough, giving a little too much away too early on, just leaving a question over who they’ll be to the late Eric that drove them to get power-saw themed vengeance. It also doesn’t deliver much in the way of gruesome demises, with the nastiest character we’ve been waiting to see cark it allocated a rather dull kill scene, although there’s a reason for that revealed during the exposition scene.

A decent enough film with high end production gloss that should set it apart from most of its ilk, despite suffering from predictability and a reliance on some dumb character behaviour (at one point Merel runs away from the safety of the house and into a cornfield). Very similar to Austrian flick Party Hard, Die Young that came along two years later. 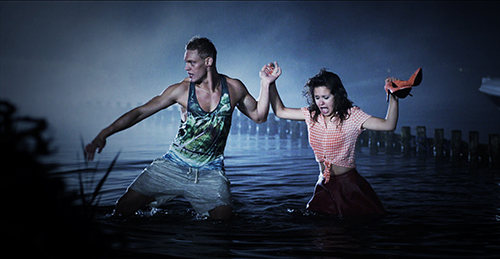