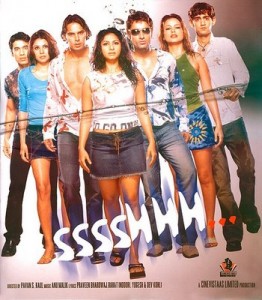 “Think twice before you suspect…”

Dire-song-lyric: “Without you, my love won’t be placated…”

Yes, it’s another Bollywood slasher flick, but is it any better than Kucch to Hai? Does it shamelessly rip-off its American counterparts? Do the songs have any relevence to the rest of the plot? Yes, yes, and no.

This time, it’s Scream that gets a virtual remake in the warm climate of India where, six months after her big sis was murdered, college teen Mahek is still finding it difficult to cope, knowing that the murderer is still at large – and now he might just be calling her with new threats? This trauma is partially offset by the arrival of hunky suitor Suraj, whom she soon accuses of being the killer when the clown-masked psycho attacks her at home.

Suraj later saves Mahek from a further attack and love blossoms between the two of them, much to the chagrin of her childhood friend Rocky, who also claims to love her, although he chooses to communicate this through a bizarre song at a house party. Meanwhile, it is assumed the killer perished in a freezing lake after another failed attempt on Mahek’s life and her friends decide that they could all do with a vacation to neighbouring Thailand for some sun n’ fun.

Gears shift into I Still Know What You Did Last Summer territory as the gang party on down at the convenient Punjabi disco before being kicked out over some unclear faux pas. They then go off to some remote island huts where the killer reappears and begins trimming the guest list, which includes a sub-aqua throat slashing. With numbers reduced right down to the final handful of survivors, the killer is revealed along with a cringeworthy exposition. So whose arms will Mahek fall into? Will they be the right arms or the arms of DEATH? 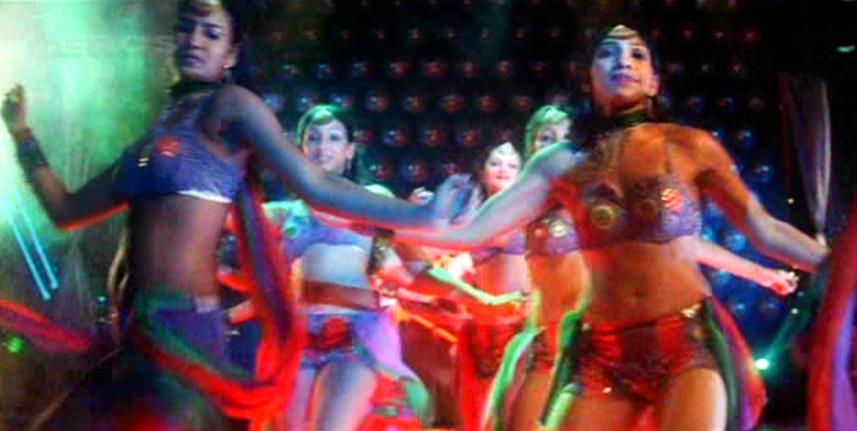 The obvious problem with a story that suits an 85 minute runtime being stretched like old 80’s spandex to fit a film that’s just thirteen minutes short of three hours means that parts of Sssshhh… have more drag than a gay cabaret bar but it also has the upside of more developed characters and nothing is rushed or brash. Four songs punctuate proceedings, one over the credits, then party song, trip-to-the-airport song and disco song, they lend nothing to the horror plot and deal only with the love triangle between the three leads.

Sticking with a film this long will be difficult for western audiences and the horror on show is pretty cheesy; being from India, there is definitely no nudity – they don’t even have on screen kissing yet! – and the bloodletting is tame and badly effected, as is character behaviour, although we should remember that the genre conventions are not bedded in in this part of the world so the back-to-basics approach was actually fun to watch and some of the chase scenes were very good. You need to be really hell bent on slasher or Bollywood flicks for this one.

tagged with get your own ideas!, rip-off central, slasher