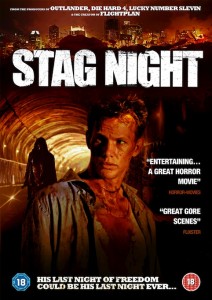 This film begins by telling us that of the 100,000 people who are reported missing in New York City every year, only children are searched for. Whether or not that’s factual is neither here nor there where this inner-city Xerox of Wrong Turn is concerned.

That’s Wrong Turn with a quick stop over to borrow a hell of a lot from Creep first.

After the obligatory opening horror, in which a young woman is seen running around the subway system until she reaches an escalator to safety, which stops and begins going backwards, pulling her back towards whatever nastiness awaits her down below in the dark, we move on to meet a quartet of guys leaving – being kicked out of – a sleazy stripjoint during Mike’s bachelor party night of escapadery.

Intent on moving on to a new bar, they board the last train and get into a tustle with a couple of strippers they were flirting with and end up left behind at an unused subway station, arguing and swearing lots before they opt to hike through the tunnel to the next port of call, an idea foiled when they witness a guard slashed to pieces by a trio of dreadlocky, beardy, cannibals who soon give chase.

Four of the group stumble upon the subterranean lair of the killers and witness them chopping up their dead (and one not so dead) friends – just like in Wrong Turn. Much chasing down grimy tunnels ensues, one guy acts as a decoy to allow his buddies to escape – just like in Wrong Turn. Numbers are eventually whittled down to the predictable pair of survivors (I won’t say it this time) and they try to raise help from the community of homeless who live there – just like in Creep but end up captured instead and have to turn the tables in order for Mike to make it to the church at all.

The brazen pilfering from other films aside, Stag Night is actually brainlessly entertaining with quite a game cast of likeables in the middle of things: Breckin Meyer looks to be having a ball playing the asshole for a change and the pairing of Pardue and Shaw fighting back is cheer-worthy, although the film’s got the stones to take the downbeat route at the finale, which I didn’t see coming. 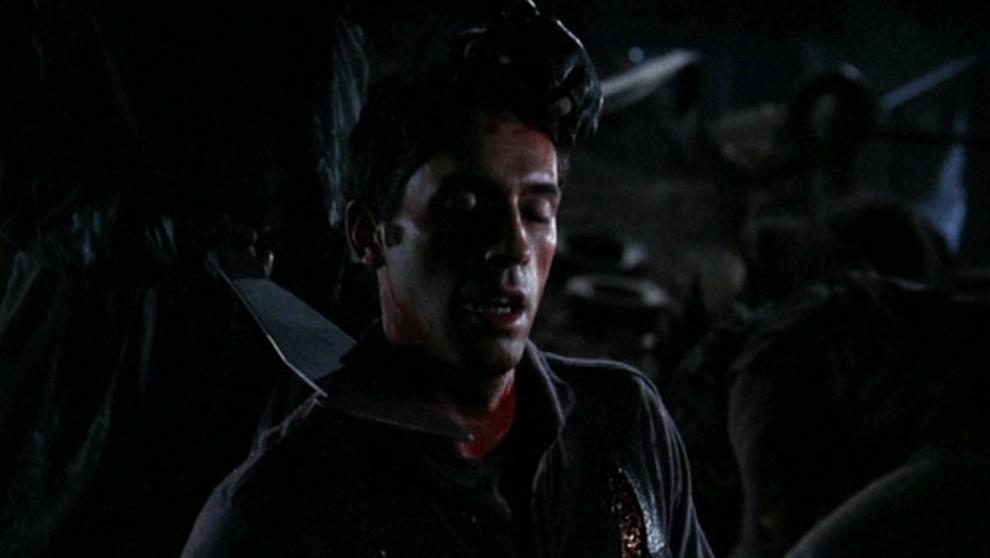 Blurbs-of-interest: Vinessa Shaw played the 4-year-old in Home Sweet Home back in 1980; Meyer’s big screen debut was Freddy’s Dead; Luca Bercovici was in Frightmare and also directed The Granny (the 1995 one with Stella Stevens). Weirdly, the film was shot largely in Sofia, Bulgaria, the same place as Wrong Turn 3 and loon-player Parvanov portrayed one of them woodsmen in Wrong Turn 5! And don’t confuse it with Brit Templar slasher StagKnight.