This time, if you’re a psycho looney killer, look over your shoulder, somebody’s after YOU! It’s the AHAB / LOOMIS WANNABE!

Overview: Even a mass-murderer has something to fear, and it takes the form of a middle-aged man who is hell bent on subduing our merry hacker before he decimates the teenage population of Scary Lake, USA. He can be the detective who’s been hunting him for years, a priest with the key to stopping him once and for all, or a vengeful parent looking to even the score. He’s also prone to bleat on about the killer to no avail. Will anybody listen? No.

Linguistic Snapshot: “You have to listen to me, he’s coming back here to kill again and again and again – just like twenty years ago! You’ll be sorry if you don’t call off the scavenger hunt in the cemetery!”

Styling: Ahabs and Loomi are exclusively middle-aged guys with a vested interest in the killer. Often a grizzled detective with a drink problem, or a disrespected shrink who has been trying to convince those around him for years just how EEEEEVIL the danger is. Therefore, cheap suits, rain macks, and headwear are commonplace, beards and spectacles optional, but wild eyes help a lot when trying to convince local law enforcement and/or carefree local teenage populous. 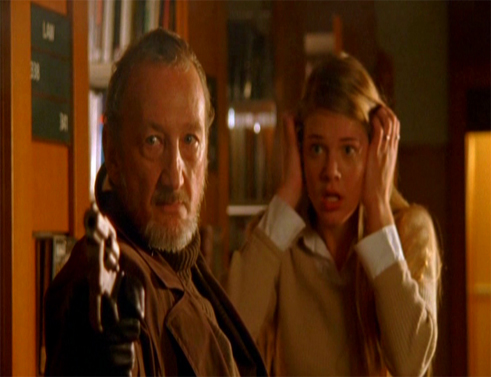 Downfall: Ahabs and Loomi survive or die in fairly equal numbers. Dr Loomis, for instance, kept chugging back to Haddonfield every Halloween in an attempt to stop Michael Myers, hardly ever coming face to face with his former patient; whereas Detective Gamble of He Knows You’re Alone finally came to rescue heroine Amy and ended up a useless bystander and got knifed to death, as did Kadankov in The Pool, done in before he could reach the fated teens… Elsewhere, Ripper‘s Kelso (Jurgen Prochnow) thinks he’s been successful in catching the killer and skips away happy.

Genesis: Arbogast may have been the proto-Ahab way back when he investigated the disappearance of Marion Crane, last seen at the Bates Motel (in Psycho, duh), although his meddling ultimately cost him his life. The character was cemented by Donald Pleasence’s classic portrayal of Dr Samuel Loomis in Halloween and all of its Michael-centric sequels up until the sixth film in 1995. He was the classic oracle, though with some knowledge beyond that of the likes of Crazy Ralph over in Crystal Lake. 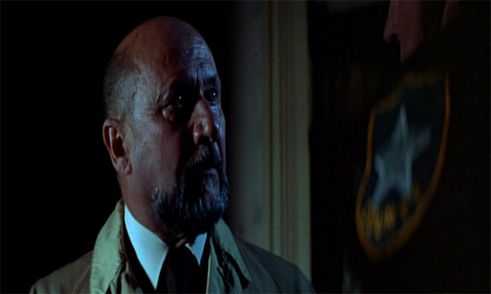 The role was cloned (as was just about everything else) for McBride in Prom Night; the cop whose son is unknowingly targetted by the vengeful killer, though McBride spends the whole movie chasing somebody else completely. The unnamed priest in Absurd is the only one who can stop the killer. The House on Sorority Row featured Dr Beck returning to try and stop the killing spree of the malformed child he delivered years earlier. In Sleepaway Camp III, the cop-dad of a victim from the previous movie returned to try and stop Angela harming any more campers… And on it goes.

Legacy: Though not as prevalent in recent years, Ahabs and Loomi still crop up from time to time to warn a small town about the impending doom. Most iconically, Robert Englund played the role of Doc Halloran in Behind the Mask: The Rise of Leslie Vernon, who came to Glen Echo to stop his former patient.

Hatchet III toyed with re-gendering the idea and featured Caroline Williams as a journalist who wrote extensively on the legend of Victor Crowley. The Halloween series has long been the subject of rumours that, after Pleasence’s death, his daughter Samantha Loomis would take up the reigns to finish her father’s work, though once the Zombie remakes floated to the surface, all bets were off. 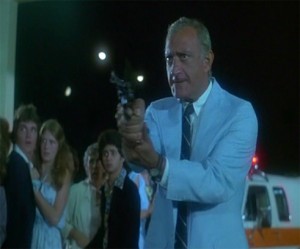 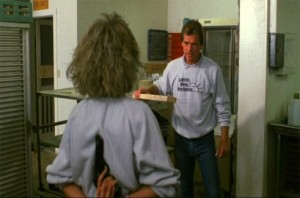 While Jason Voorhees operated largely beyond the scope, in 1993’s Jason Goes to Hell, a chintzy bounty hunter was sent after him who pretty much fulfilled the role, but died anyway.

Conclusions: Evil needs an enemy beyond the virtuous girl who eventually bests the killer, though lines may blur between an Ahab/Loomis wannabe and an oldtimer who warns the teens of their fate, it’s one of those background tropes that could probably stand to be regurgitated sometime soon so it’ll look nice and new again.