Overview: In the realm of the slasher film, just as most groups of young people feature some hot lesbian chicks, a black girl with attitude, an asshole jock, amongst others, so does they include a post-hippie movement stoner; a boy (or girl) who lives to smoke the wacky tobaccy. This is because, in film generally, people are entirely one-dimensional.

Linguistic Snapshot: “Chill out, man, things’ll be OK… let’s just smoke the rest of this joint and worry about finding the others later…” 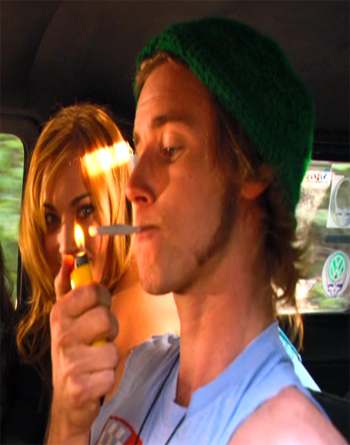 To quote previous SBC prankster Shelly in Friday the 13th Part III: “Is that all you two are going to do this weekend – smoke dope? There are better things to do with your life…” To which, the hollow reply is: “I can’t think of any.”

Would’ve been awesome if Chili had instead said: “Yes, Shelly, there are. All this week I was working on a cure for cancer, then I saved some endangered birds, fed the homeless, started a Human Rights campaign so now… I just wanna forget all that and get stoned. PROBLEM?” 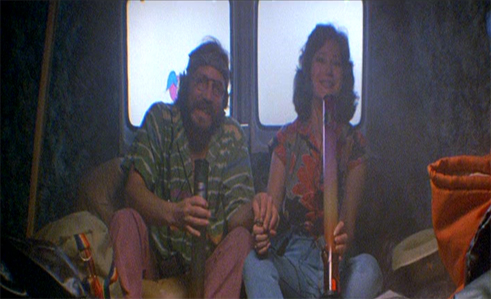 Downfall: Typically, in their permanent state of cloudy-mind, the Stoner will die and barely even realise it. This is likely supposed to be some right-wing sponsored lesson in drugs = death. However, one awesome chink the chain is in R.S.V.P. where ‘modern day alchemist’ Terry (played by professional Stoner Jason Mewes) is made immune to the poison he ingests thanks to the concoction of drugs he’s been on for years. See also The Cabin in the Woods for a similar, weightier outcome.

Genesis: Kids n’ drugs n’ psycho killers have been chugging along in the background of the genre since its early days. Barely a Friday the 13th passes without a joint being handed around, and the quintet of camper-van cruisin’ youngsters in The Texas Chain Saw Massacre were surefire candidates for a good time. In a genre which really came together in the 70s, this should be no surprise. However, possibly the earliest representation of drug use equating to bad moral standards is found in Halloween, where good-girl Laurie tries to fit in with her more worldy friends by toking on Annie’s rollie, only to suffer a coughing fit. 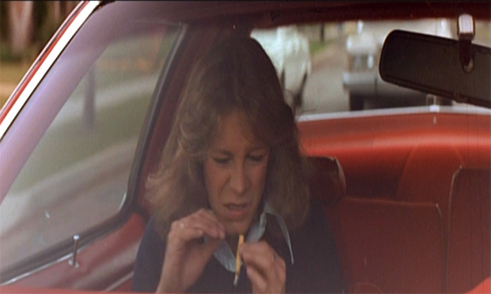 Legacy: Since Laurie failed at being a pothead, this shortcut to doom has been used over and over again to stamp ‘dead’ on the foreheads of various teens. Beyond all the Friday usage, there’s the girl who tries weed and sex for the first time on the same night and dies literally seconds later in Prom Night; the ‘Shit Sisters’ of Sleepaway Camp II, who are so far gone they barely realise the killer is barbecuing them alive; and the neo-hippies of The Tripper, stuck in the 60s, branching out to acid, and suffering the effects of slow-reaction times when the Ronald Reagan-disguised loon comes at them.

The stoners in The Cabin in the Woods and Simon Says both harbour deep crushes on the final girl and, in the latter, is willing to sacrifice himself so that she can live. Awww…

Can you try drugs and live? Why yes. Just because Laurie choked, doesn’t mean that a little toke here and there spells doom: Alice has a little smoke in the original Friday and is the only survivor (though she dies at the beginning of Part 2); and the final girl in the aforementioned Tripper is spared (though she ‘learns’ drugs are bad). But these mercies are few and far between. 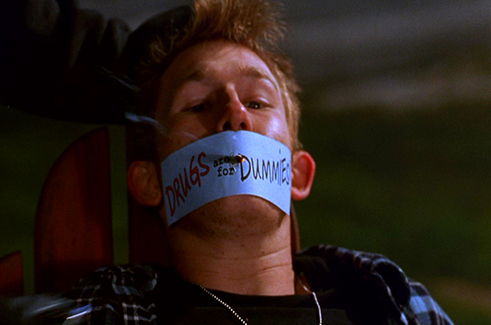 Conclusions: Don’t do drugs, kidz! …is the standard lesson of the slasher film realm. Like pre-marital sex, taking an interest in the gothic, experimenting with your sexuality, or playing pranks – more often than not it earns you a one way ticket to the boneyard. Who knew slasher films were so conservative? Well, all of us. But there’s a certain irony isn’t there? The Mary Whitehouses of the world were all “blah, morals, blah, blasphemy, blah, downfall of society…” when if they’d actually watched a slasher film, they’d see that all the sins they moan about were being addressed and answered with a cleaver in the face.

If you wanna smoke pot, go right ahead, enjoy your life but be forewarned that it tends to mean you’ll DIE*

*if you’re in a slasher film.

tagged with Friday the 13th, slasher, yo! Hollywood